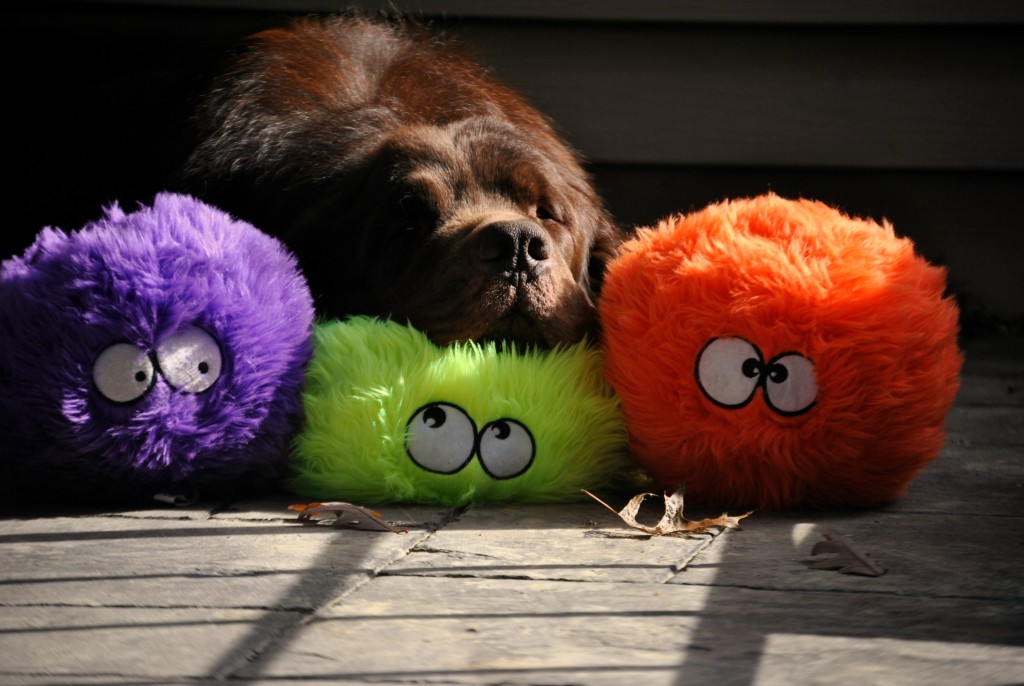 Whenever I share a picture of Sherman and Leroy with the awesome ball people always ask where I got it from.

I share a lot of these types of pictures because the Awesome Ball is a big part of our life because…..well……it’s awesome.

Since I get so many people wondering where the Awesome Ball comes from I thought I would dedicate a whole post to it because……well……the Awesome Ball deserves it’s very own post.

First we should establish that the Awesome Ball is really NOT called an Awesome Ball out in public which is probably why most people can’t find it. 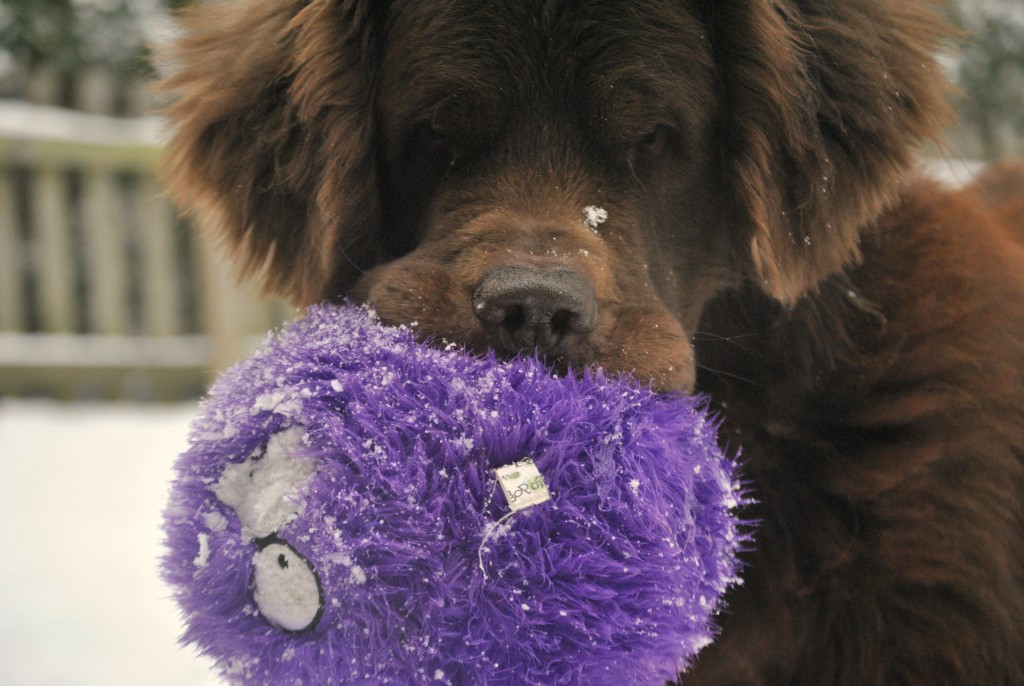 That is my fault.

I renamed the Awesome Ball back when Leroy was sick and the name just stuck.

In the real world the Awesome Ball is called the goDog FurBallz. It originates from the Quaker Pet Group.

It comes in 3 different sizes. Small, Medium and Large. The Large FurBallz is what we have in every color-purple, orange, red, green, yellow and multi-color. The small and medium FurBallz squeak and the large FurBallz grunts. 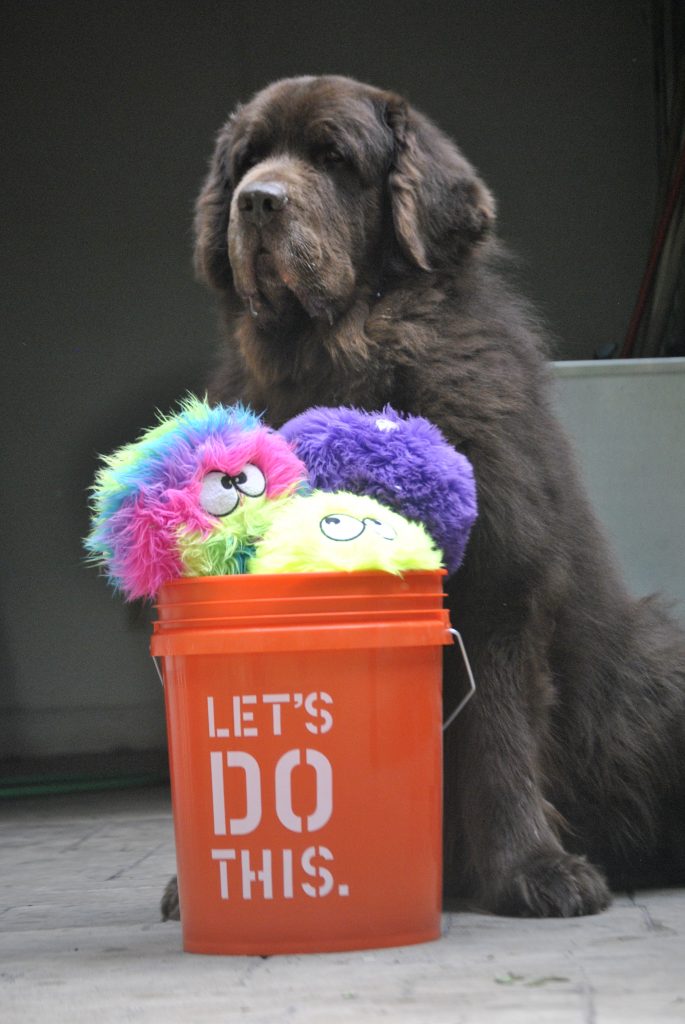 It’s lined with goDog’s Chew Guard Technology™ but I would have to guess that dogs that like to de-stuff toys would be able to do so with this. That’s only my guess though. My dogs don’t like to chew on toys but these have held up to heavy drool, snow and moderately rough play for almost a year.

I buy mine at a local pet store but I’ve also seen the FurBallz online at  Amazon. (<-that’s an affiliate link. If you buy one from there I will make about 0.15 cents. I promise I won’t spend it all in one place.) They seem to charge a different price per color.

I’ve also seen them online at Target for a pretty decent price and it seems some colors are cheaper there too! If only I knew that before! 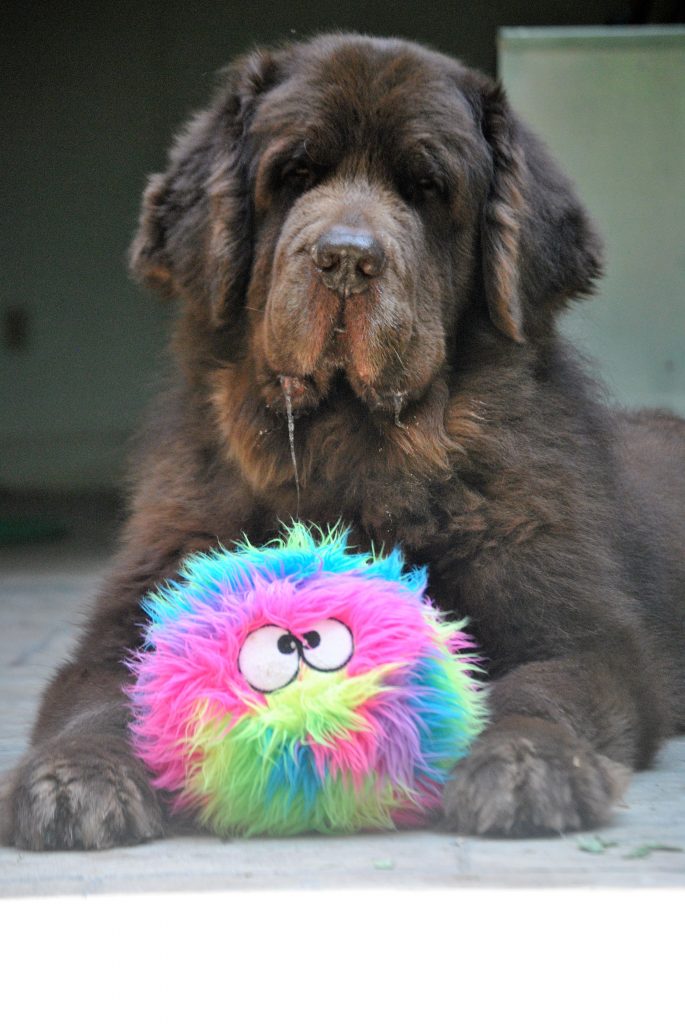 When I do a search it looks like there are some small retail stores that also carry it but I’m not familiar with those sites.

I’m surprised that it’s not more readily available since it’s really a fun toy and the large one is perfect for big dogs. Big dog toys aren’t that easy to find. 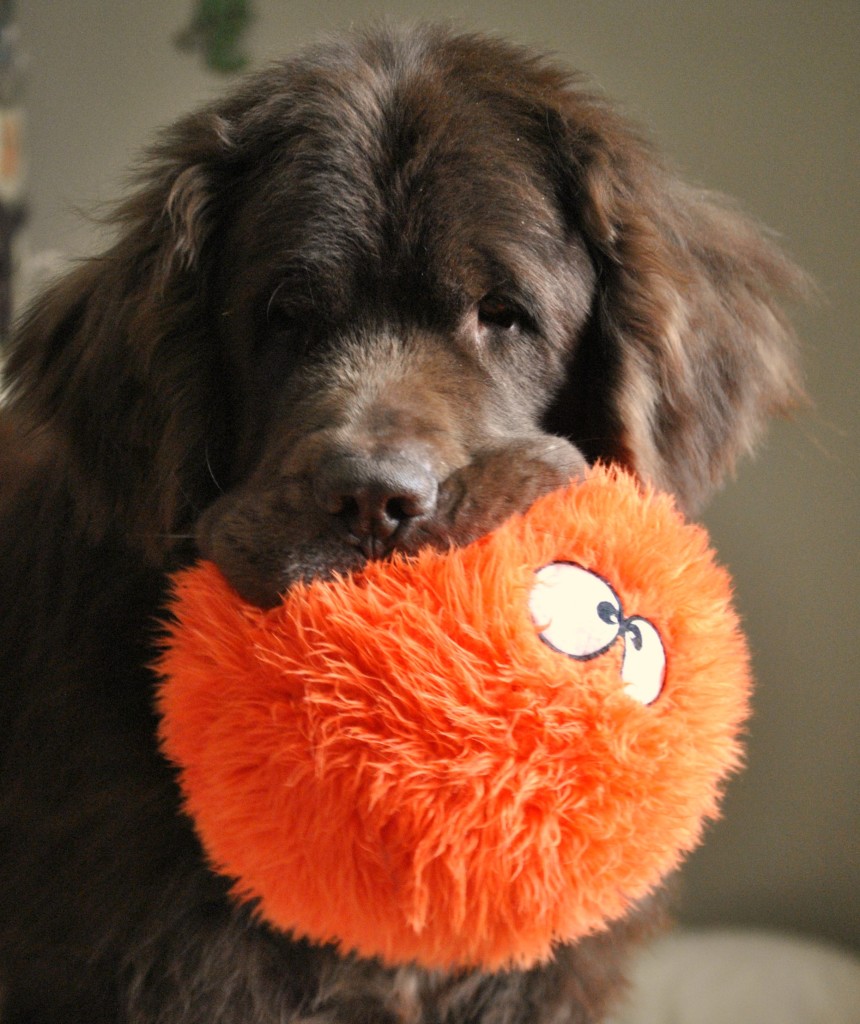 While it is a dog toy, the kids and I use it to play a game named by Bobby-“Whoever Drops It Loses.”

That game gets pretty heated and I have to admit that Gracie usually is the first loser of the game and it’s hilarious because she gets pretty angry. I’m usually loser #2 and Bobby usually takes home the win. A quick game can last an easy hour especially when the dogs join in.

So there you have it.

Until the rest of the world catches on that the FurBallz is awesome I guess only a few places will carry it. 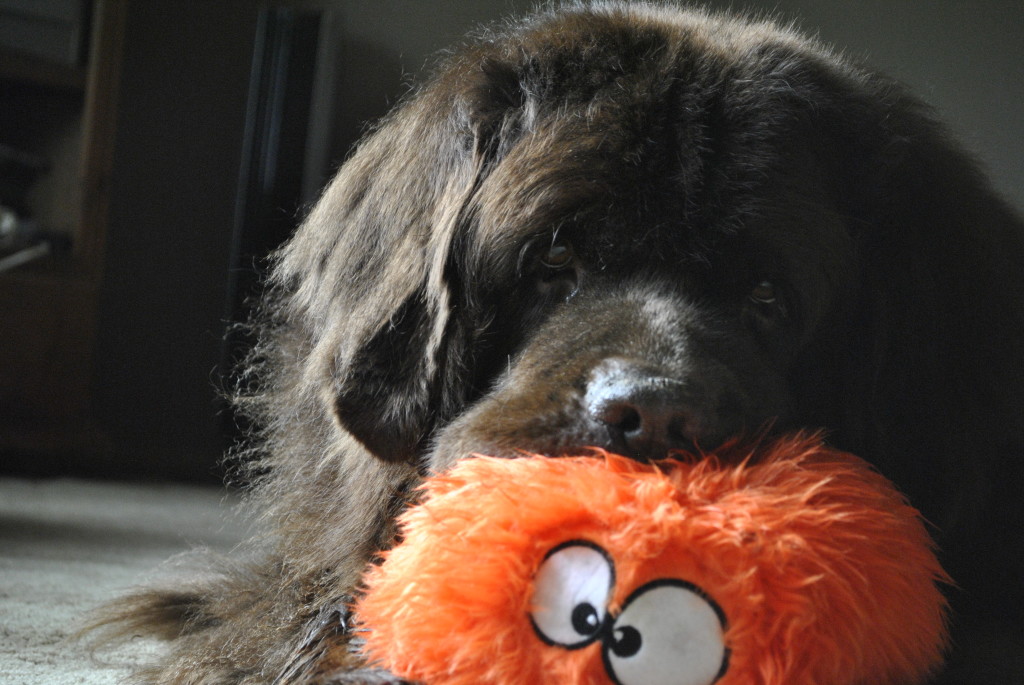 **This post contains affiliate links. Thanks for supporting My Brown Newfies.

Healthy From The Inside Out