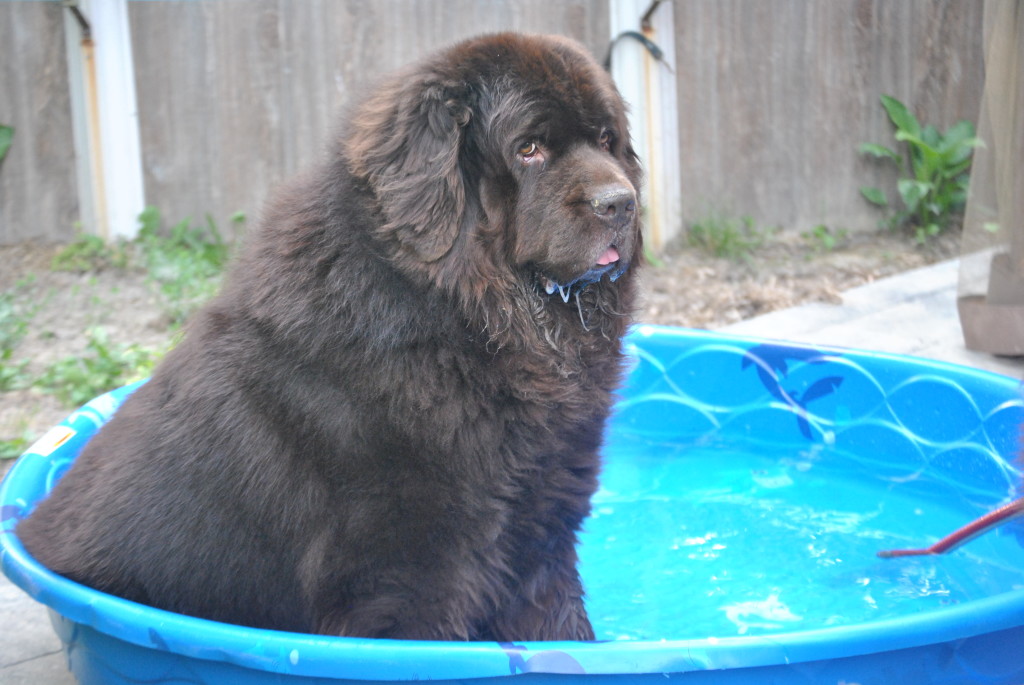 I knew our air conditioner was going to break this summer.

I just knew it.

As soon as summer began, I said: “The air conditioner is going to break this year. I’m not sure when, but I do know that it will be at the worse possible time.”

Actually I’ve been saying this for the past 5 years but this year, unfortunately, I nailed it.

The last day of August and our air conditioner takes a crap on us.

In most cases, this would just be a moderate concern. We have fans and the basement always stays super cool, so not too big of a deal, especially for the humans.

Us humans can handle the heat. Sherman and Leroy, not so much.

So of course I have an emergency plan in place for situations such as this:

It’s super cool down there no matter what.

It’s a great and easy plan.

Except of course for this particular day because we were having a new floor installed in the basement and that area was off limits until the floor was done.

Go figure. The air conditioner breaks on the only day where the dogs can’t be in the basement.

Welcome to my life.

So by 10 in the morning I was in complete freak out mode. The upstairs was heating up fast and the boys kept laying on the air vents and looking at me.

Well, apparently my dogs don’t like fans because they kept moving away from them, which was causing me distress.

I was most worried about Sherman because he has never handled the heat very well so I was watching him super close. I wound up taking him out to the backyard pretty quickly and filling up his pool for him and spraying him down. That was all it took to settle him down and get him comfortable. 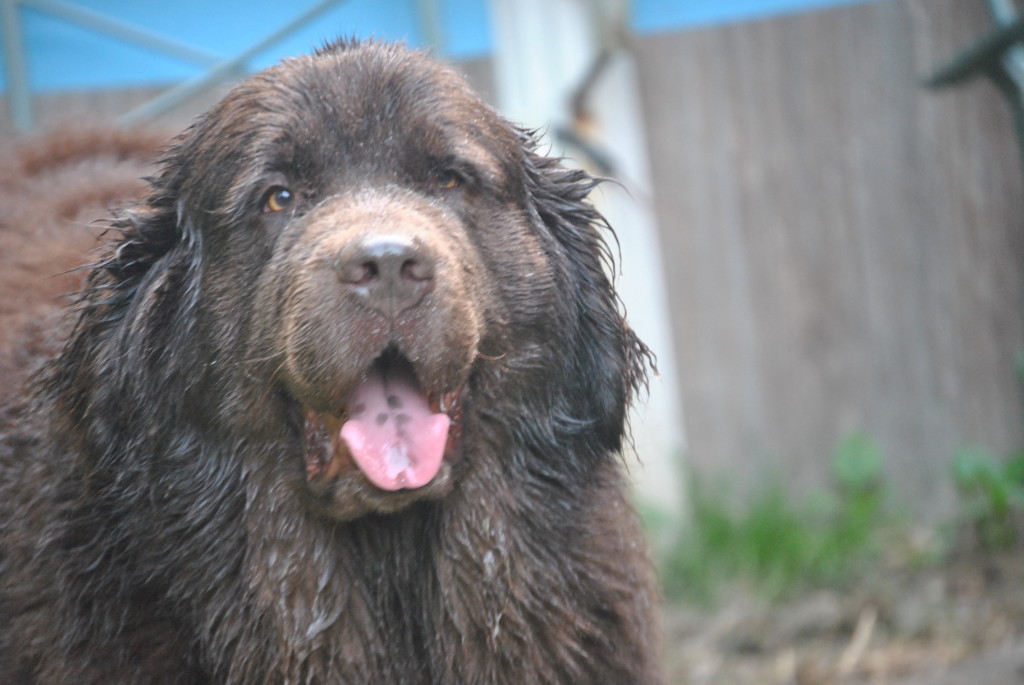 Leroy was doing ok most of the day, but later in the afternoon when I was inside with them doing some chores, he got hot and he got uncomfortable and I saw it immediately and took him out back and hosed him down. I grabbed his paws and soaked them and the rest of his body.

After that we stayed outside in the back for the remainder of the day. That was the coolest place for them. Nice and shady, somewhat of a breeze and I had sprayed the whole patio down so wherever they laid, it was cool and wet.

I could of probably taken them somewhere, like my parents house but the thought of putting them in a car while they were already hot, then getting them all excited, I just think would of been too much and I didn’t want to risk it.

The floor install finished up around 7 at night, and my hubby and his friend who were doing the install worked their butts off to get it done as quick as possible so that the dogs could come in and get cool and I would stop bitching. 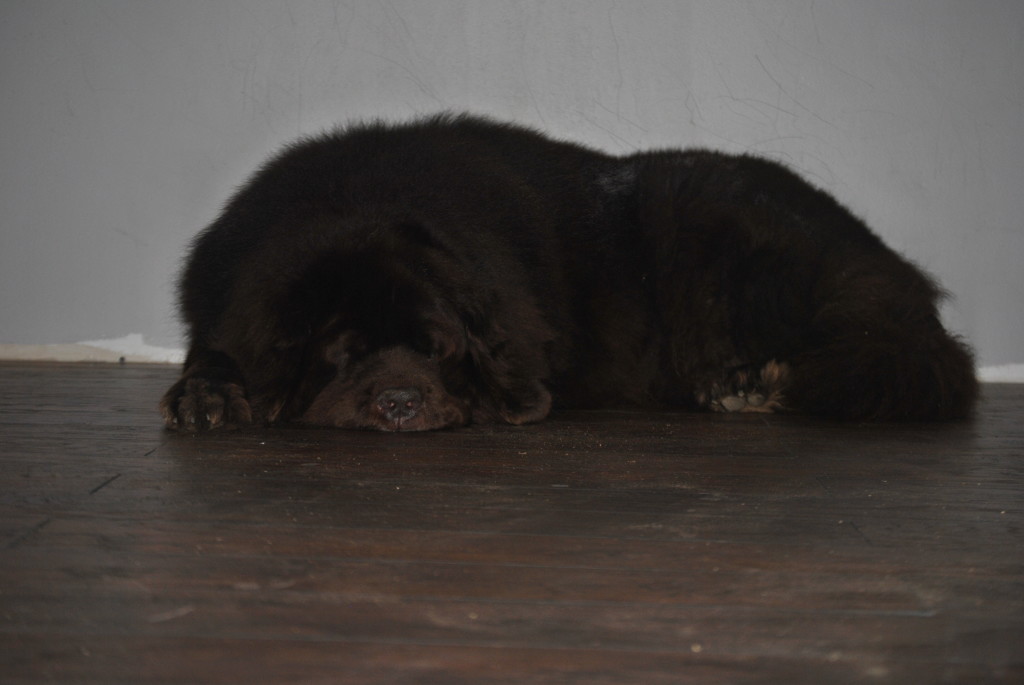 Not even a second after they laid the last board we immediately let the dogs in and had a window air conditioner unit blasting for them.

They couldn’t of been happier to be in their basement.

I don’t even think they noticed their new floor.

The air conditioner remains broken, it was fixed and then broke again. New unit coming in a few days since of course, it’s a holiday weekend. Sherman and Leroy have the only window unit in the house at their disposal and are resting comfortably while the rest of us sweat our butts off:)

Hope everyone has a safe and fun Labor Day!

When You’re Walking The Dog And The S.W.A.T Team Asks To Speak With You
Tags: Dog, Pet

My Everence Tattoo Journey With My Dog’s Cremation Ashes