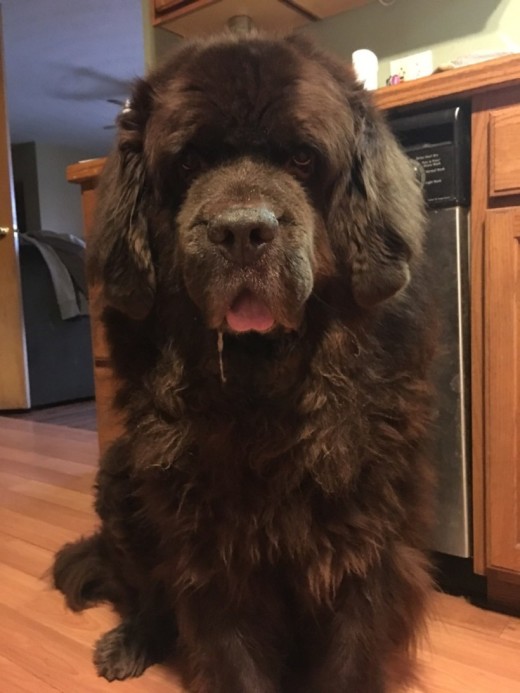 Living with a gentle breed dog can sometimes be challenging, especially when your giant dog has the “wherever you go I follow” philosophy.

Sherman has this philosophy and sometimes it gets in your way, especially when your in the kitchen trying to make magic happen.

I don’t know what it is about big dogs that they have to lie in front of every appliance that you need to get to. It’s like they just know.

I’m going to lie right here because I know she’s going to need to get in here eventually and she’s going to feel so guilty for making me move that she’ll give me a hug or a cookie.

Every single day he does this.

In the morning he lies in front of the refrigerator even though he knows I’m going to have go in there 50 times to make lunches for the kids.

I have to give him credit though, he has it down to a science that when the fridge door opens, he knows just the way to tilt his head so it doesn’t clock him. And his paws? Well they just clear the fridge door when it opens. If his paw hair grows one more inch we’re going to have issues.

At pre-dinner time he always lies in front of the oven. I have no idea why any Newf would want to nap in front of a hot oven but he does and I’ve suffered many burned hairs on my arms just so he doesn’t have to move his precious little body.

Post dinner he always naps in front of the dishwasher or sink. From past experiences I can tell you that a sleeping Sherman will jump up and slam that dishwasher door right on your arm and plate if you try to load it with him under it.

Leroy on the other hand usually stays clear of the kitchen. He lies just outside of it and watches us work around Sherman.

Every so often you’ll  find him in there, especially when it’s close to his dinner time but very rarely is he ever putting up an appliance road block.

Leroy choose to appliance block the fridge at a very crucial time. 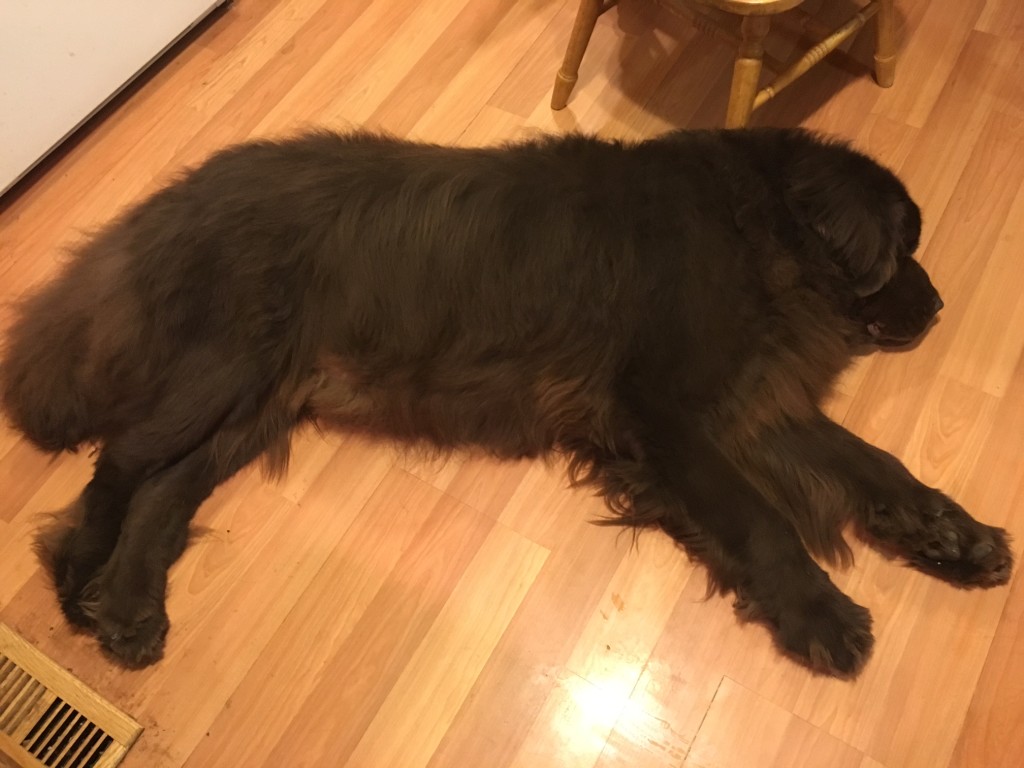 Most days I would of just scooted his fluffy butt over but on this day Leroy was being obnoxious and the fact that he was napping soundly and not stalking me was a good thing.

I was not going to disturb him.

So I did the next logical thing and quietly sneaked out of the house and walked to the store to get more beer.

Of course, when I got back Leroy was sitting by the front of the door refusing to let me in.

Does anybody else have this problem with their dogs?

p.s. And don’t even get me started on how many times I’ve tripped over them or tried to quietly step over them and they all of a sudden stand up and I’m juggling dishes and my balance.

Getting Back On Track With Natural Stride Hip And Joint Supplement

Keep Your Dog Happy and Healthy With Pet Products From iHerb