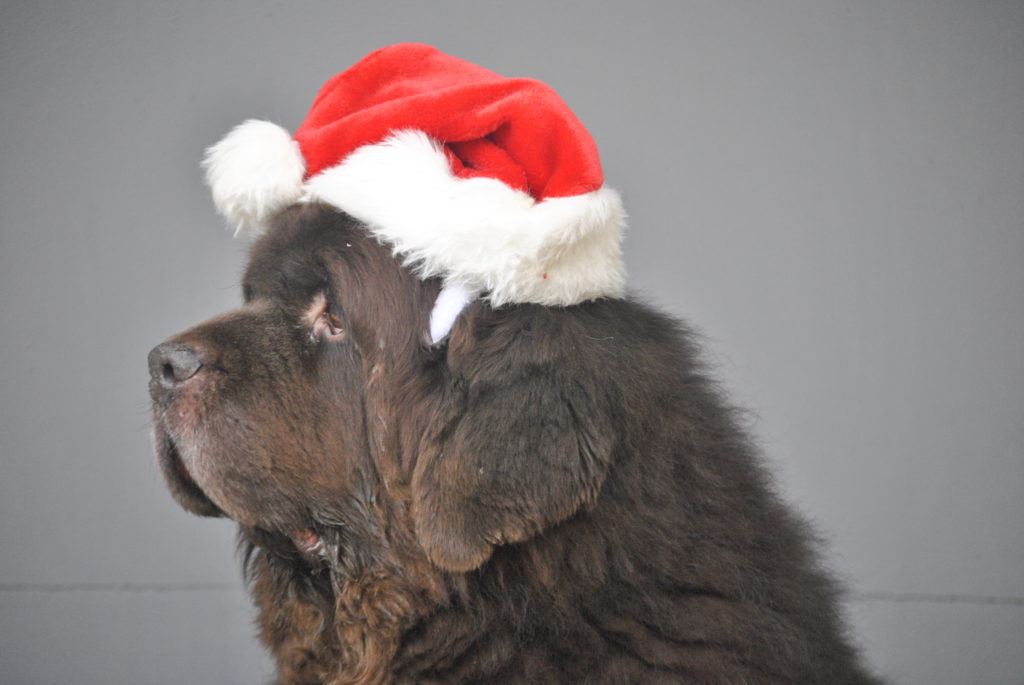 “Twas the night before Christmas when all through the house,

Something was stirring but it wasn’t a mouse.

I was snuggled all nicely in my bed,

I was ready for sugarplums to dance in my head,

but soon it was obvious that I would be misled.

I listened closely and in an instant I knew, it was the Newfs,

they thought I was sleeping but that was far from the truth.

I knew that the stockings were hung by the chimney with care so what in the heck were they doing down there? 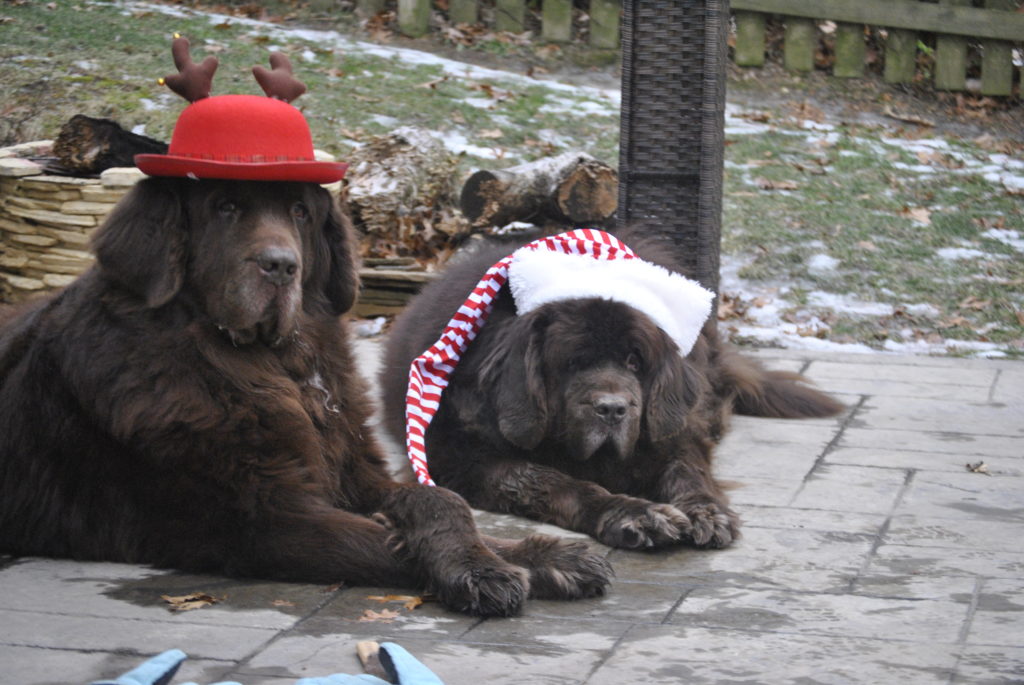 When all of a sudden there arose such a clatter, I fell out of bed to see what was the matter.

I ran down the hall, trying to be ever so subtle,

and that’s when I slipped in a very big drool puddle.

I slipped and slided but my legs were not stable,

and of course, on the way down my head hit the end table.

When I awoke from my concussion,

the 2 Newfs were standing over me having some sort of doggie discussion. 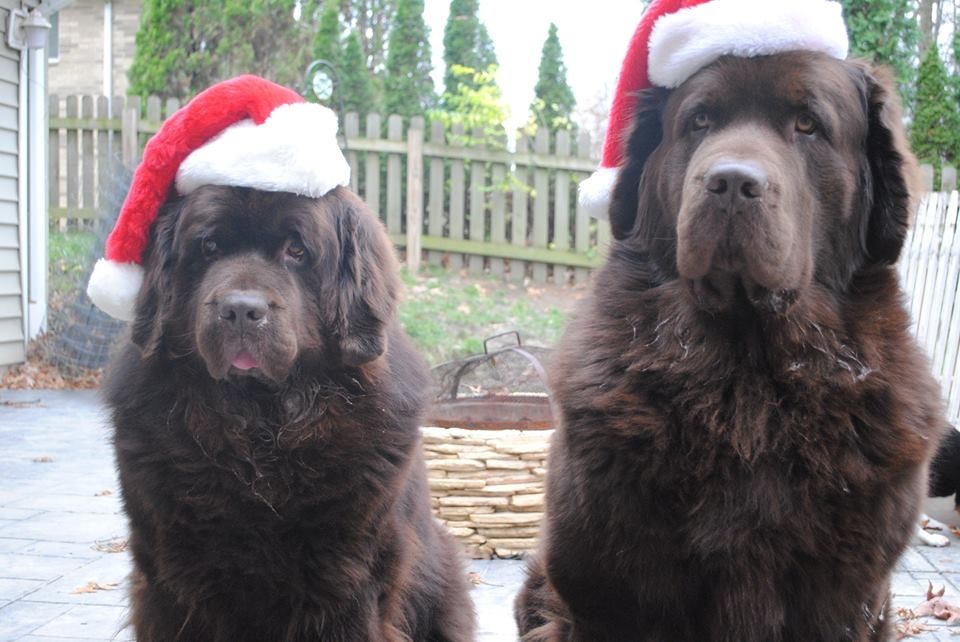 Slobber was flying and I wondered if they thought, maybe I was dying?

When I held up my hand to signal I was o.k.,  they got really excited,

gave me a lick and happily ran away.

Are these Newfs crazy? Do they really want to play?

We need to get some sleep, tomorrow’s the big day!

As they turned their big fluffy butts around,

the Christmas tree suddenly came crashing down to the ground.

But when they turned their big heads around, my heart began to swell. 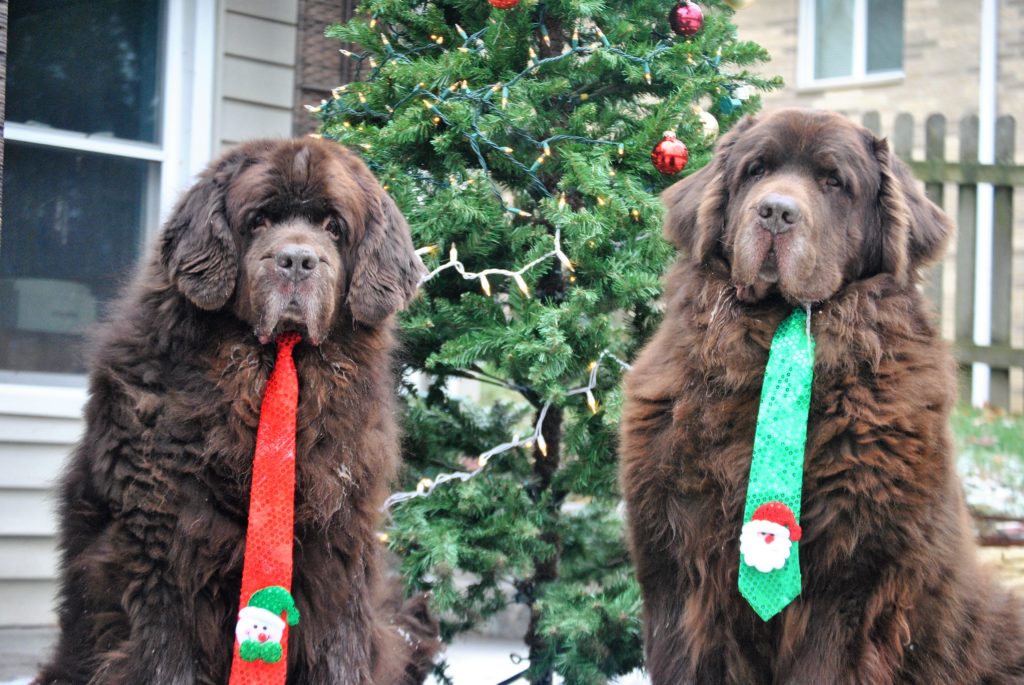 Their big brown eyes — how they looked so happy.

Their fluffy tails wagging so fastly!

They were just trying to have fun, they didn’t know.

They wanted to see the man who shouts “Ho-ho!”

And in they both came, shuffling their giant Newfie paws.

I love you goofs so much, I promise I won’t tell Santa Claus.

Now let’s get this mess cleaned up and get you Newfs to bed,

maybe one day it’ll be you pulling that famous red sled! 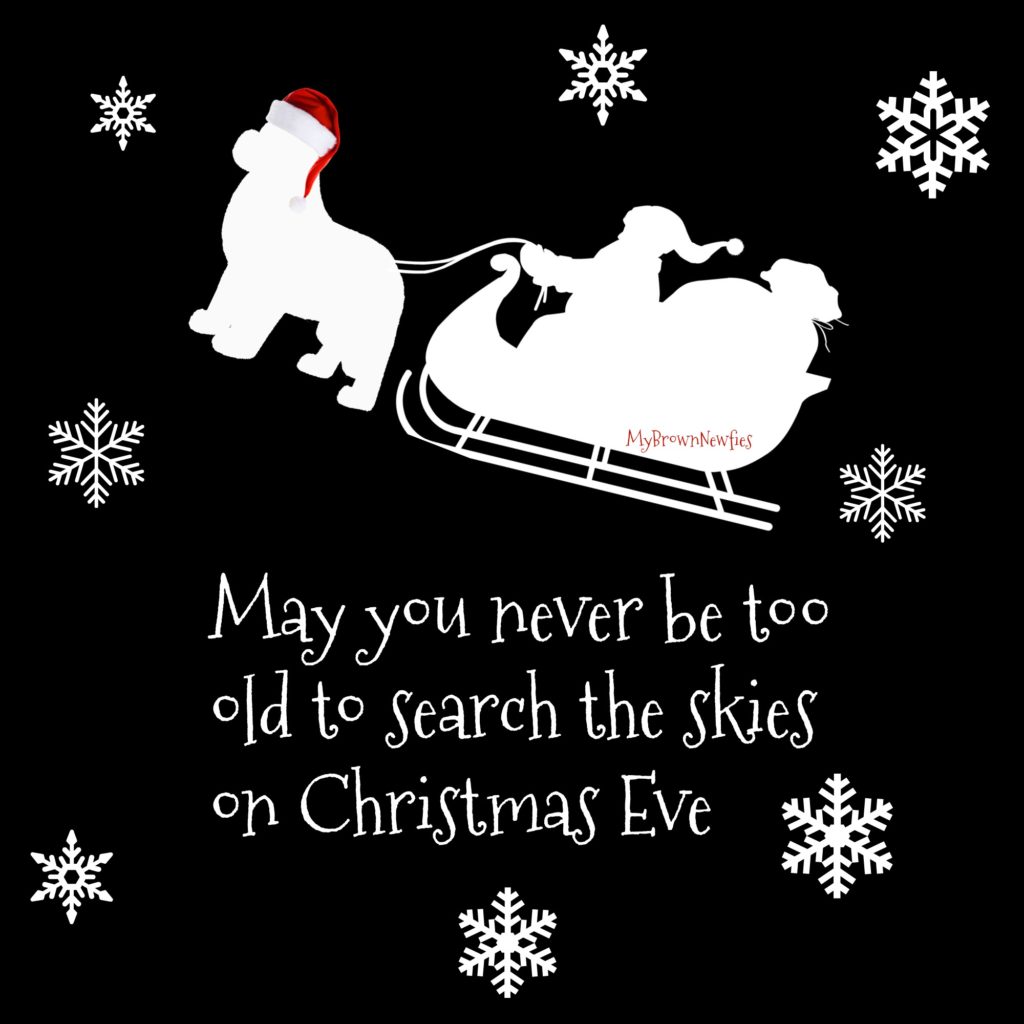 MERRY CHRISTMAS TO ALL and to all a fun-filled night!!