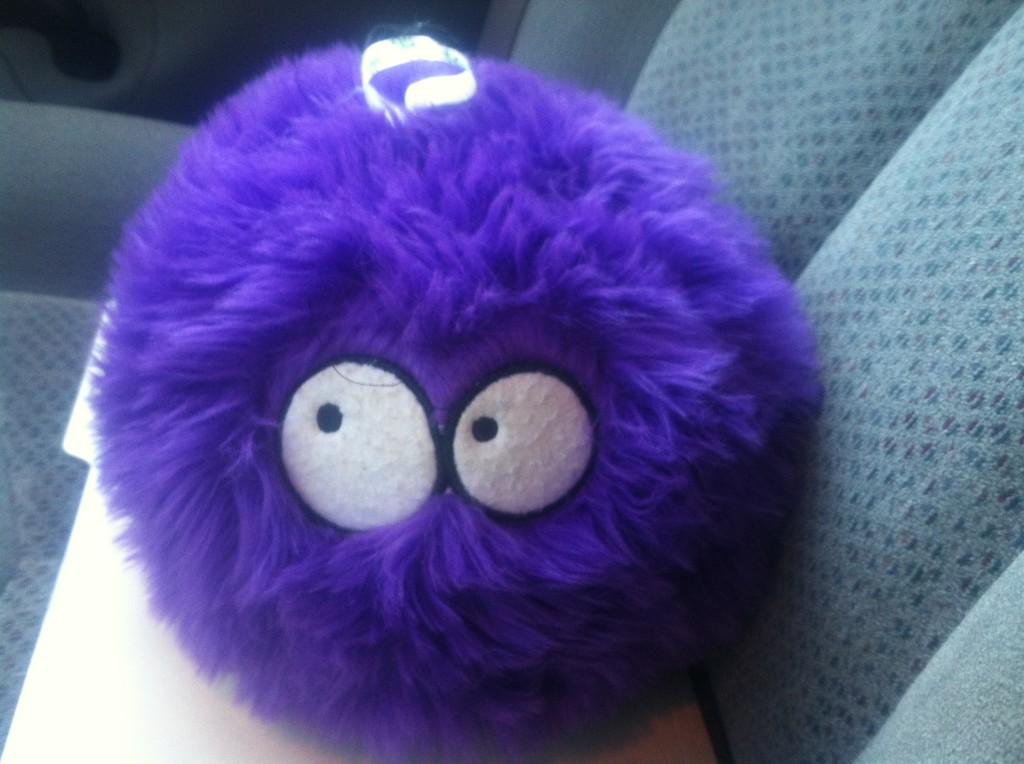 This has what has been driving around with me for the last week.

It’s Leroy’s favorite toy and it’s been sitting in the front seat of my car for 8 days now.

9 if your reading this on Thursday.

I put it in my car when I went to visit him last week in the hospital.

I thought I would bring him something from home to keep him company and safe.

But when I got to the hospital I remembered that when I use to work at the vet clinic we didn’t like putting personal things with the hospitalized patients unless it was specifically requested.

You know, there’s diseases and stuff and things get lost or misplaced.

So I left it in the car and it’s been sitting there ever since.

I drive around a lot so I saw it all the time and it was a reminder of Leroy, that he was sick, and even though I wasn’t with him……. I was still thinking of him and had a piece of him with me.

Every time someone would get in my car they would ask “What’s this?”

1/2 the time I wanted to say,  “What does it look like? It’s a dog toy. Doesn’t everyone drive around with a dog toy sitting the front seat of their car?”

But I didn’t want to get into that discussion with the wrong person and upset myself more than I already was so I would say, “It’s Leroy’s toy.”

Then the other person would ask, “Why is it here?”

Some would toss it in the back seat and I would put it back after they left with a grunt.

Some would get in the car and set it on their lap and go about their business and it made me smile.

It’s still in my car today.

I think I might leave it in there just to mess with people, or to judge them.

You toss it, your out.

So how about you? Do you ever drive around with your dog’s toy in the front seat of your car or am I the only one?

P.s. Leroy update here if you are curious. I will be sharing basically the same thing on the blog shortly so it’s easier to find.

This Is What Happens When The Dog Tries To Wake You Up And You Ignore Him.