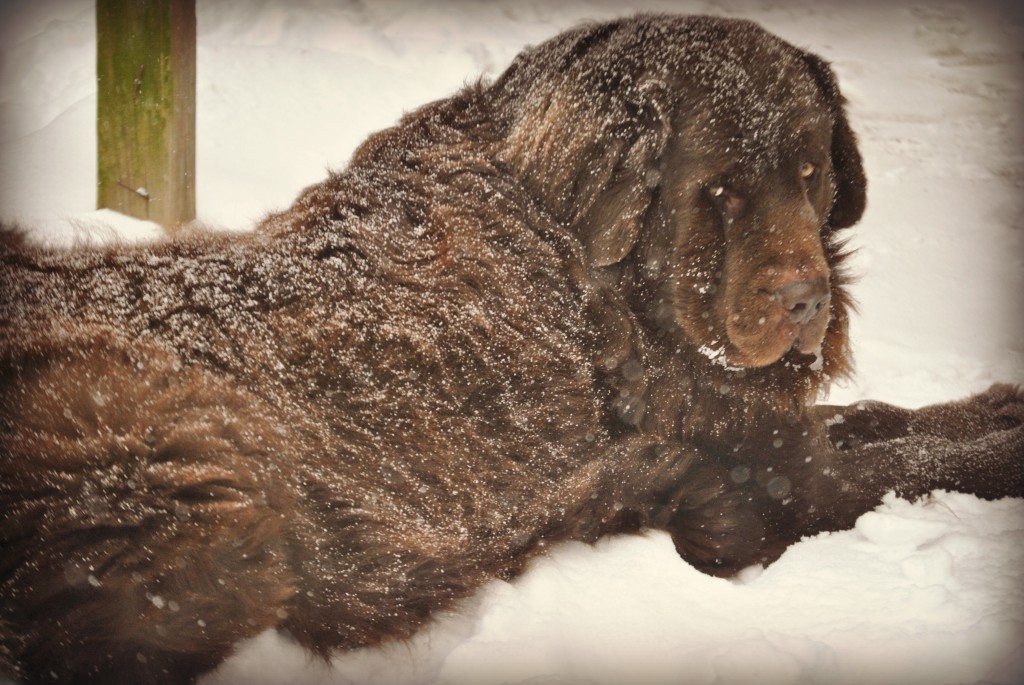 Our uneventful weekend came to halt on Tuesday morning.

I guess uneventful isn’t our thing for long periods of time.

Anyway, we had a minor set back with Leroy.

His stomach is fine and he has NOT eaten any rocks, but I had been noticing that he was drinking a bit more water than average and he was peeing more than normal and in much, much……….. larger amounts.

At first I chalked it up to the surgery and the fact that he was on IV fluids for a few days, but then it just kept getting worse and on Tuesday morning around 3:00 a.m., he anxiously came in our bedroom and sat down by my side of the bed.

He sat there for a few minutes and softy barked.

I gave him a few pets and drifted back to sleep.

He scooted closer to the bed and barked a little louder so I gave him a few more pets, told him I loved him and then told him to scram.

He was acting like he had ants in his pants, but it was 3 in the morning and I needed my beauty sleep.

Then I heard the pitter patter of large Newfie paws running out of my bedroom, through the family room, into the kitchen and down the stairs. Newfies don’t pitter patter unless they gotta go, and go right now, so I jumped out of bed and ran after him.

I don’t know what I was expecting to find….an explosion of diarrhea, vomit, pee? Some type of body fluid was somewhere in the house.

I had no idea what I was running into and run into it I did.

Right at the bottom of the stairs.

Splish splash….. I was ankle deep in a puddle of something.

As I made my way to turn the lights on I quickly found that I was splashing in a river of pee and not a pool of diarrhea, so I was kind of thankful, but still worried.

Leroy doesn’t pee in the house so something’s definitely going on.

We headed outside and he peed a lot more. 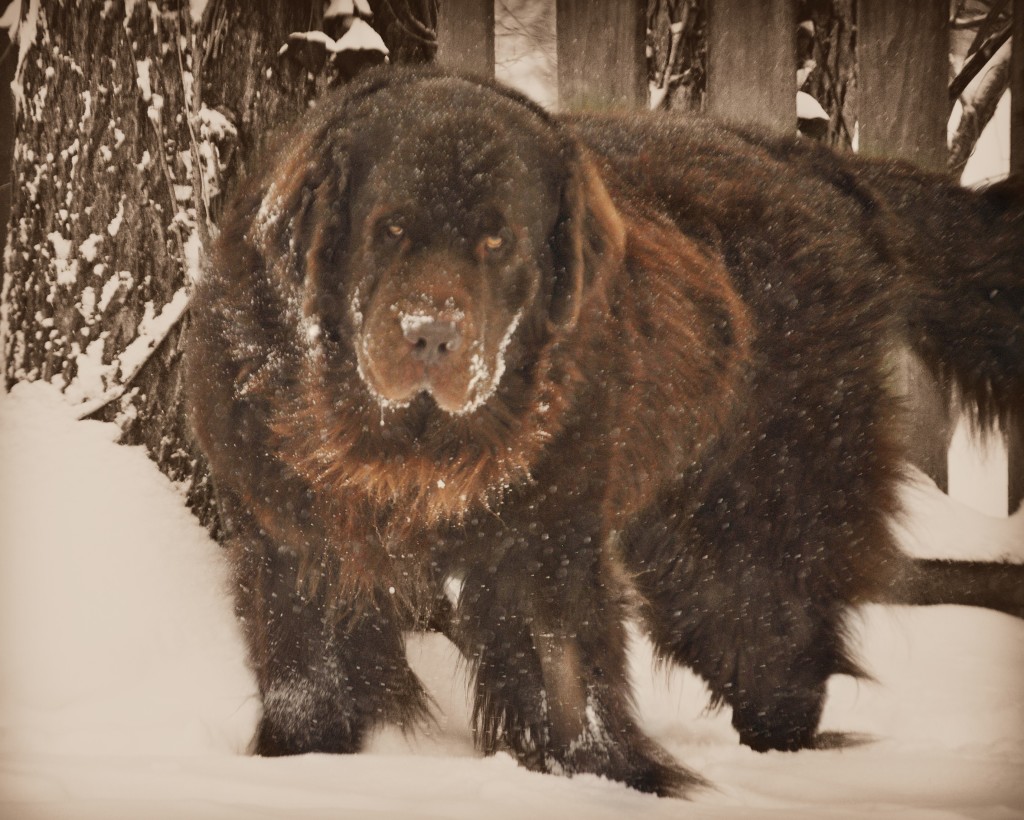 I was concerned and my brain stated spinning.

He was fine except for the peeing and drinking more than normal, and he was already on antibiotics for his surgery, so the worst of the worst started going through my mind.

So off to the vet’s we went in the afternoon.

Negative on the diabetes and negative on the kidney failure. His lab work looked excellent for a dog who just had major surgery, but there was bacteria in his urine so he’s being treated for a UTI.

Same antibiotics just increasing the dose and hoping that does the trick.

The lesson I learned here:

If Leroy tries to wake me up at 3 in the morning, he’s not being annoying, he’s gotta go.

So tell me, has this ever happened to you? Has your dog ever tried to wake you up in the middle of the night and you ignored him? Please tell me yes, because I’m feeling a little guilty.

How Not To Give Your Dog Pancreatitis This Holiday Season
Tags: Dog, vet