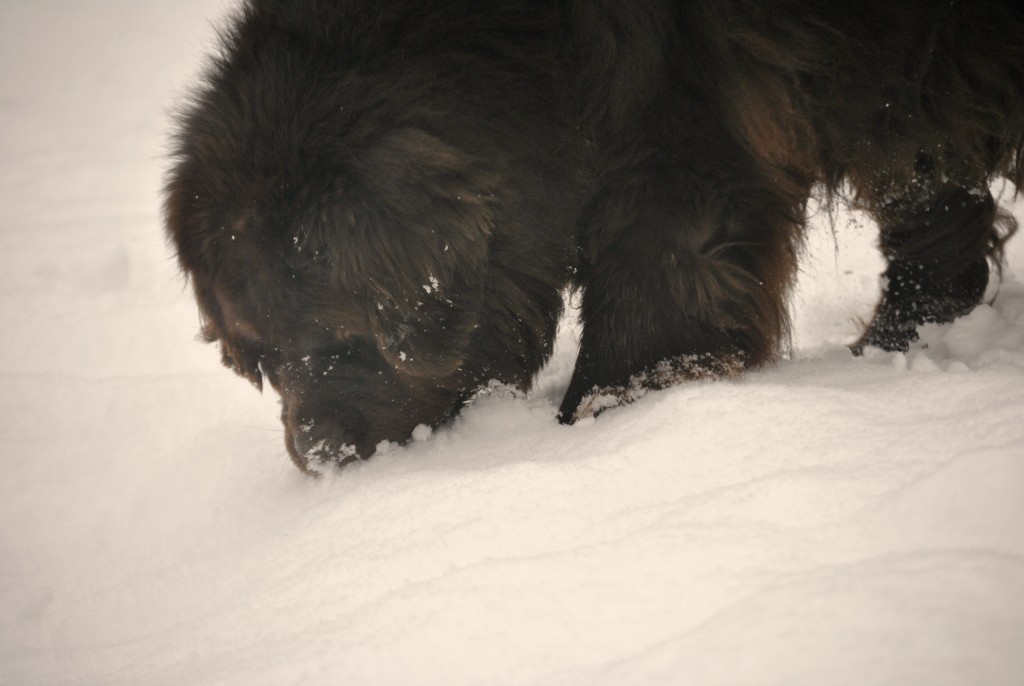 Before we settled in for a night of watching the Super Bowl on the boob tube, the boys and I headed out to get some play time in.

We had just received several inches of the white stuff, which gives us an optimum playing field.

This is normally play time for Leroy and I because Sherman usually opts to find a stick and lay down and chew on it but on this day he was quite annoyed that the white stuff had hidden all of his sticks.

He searched for a few minutes but eventually decided that the snow had eaten them all.

I thought he was just going to head back inside but much to my delight he went and dug out his football from the patio.

Leroy was just as shocked as I was. 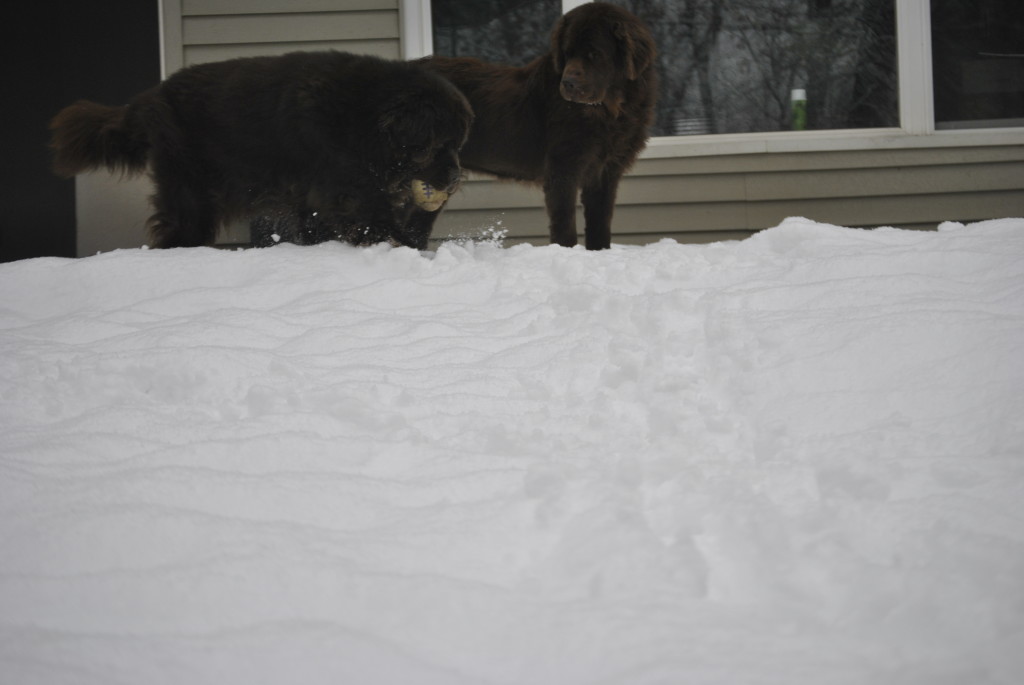 I normally don’t play hardcore fetch with Sherman because of his bum knee.

We usually play inside in a contained, padded environment.

But who could resist this face? 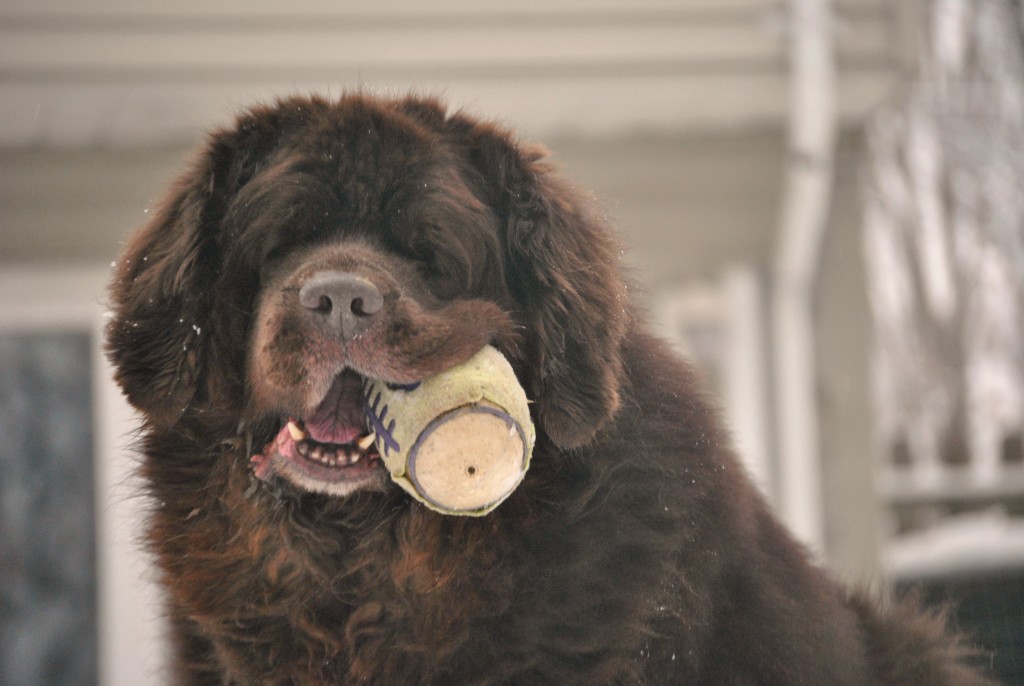 In the first half he took the ball all the way in for a touchdown and had perfect form while doing it. 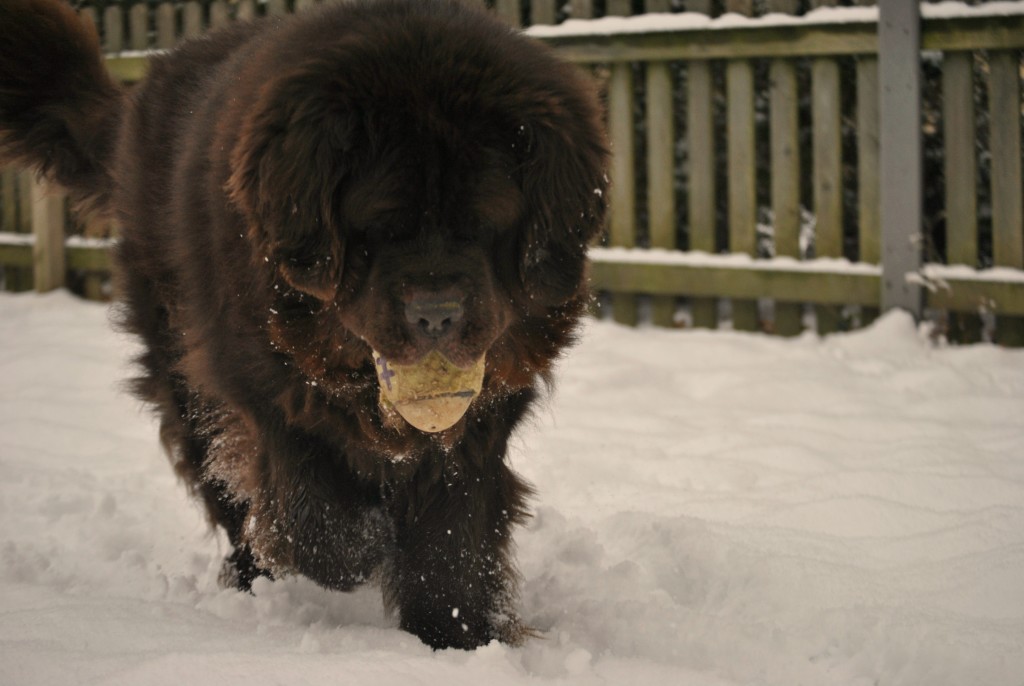 Just like he did when he was a rookie.

He made a few nice grabs in the second half. 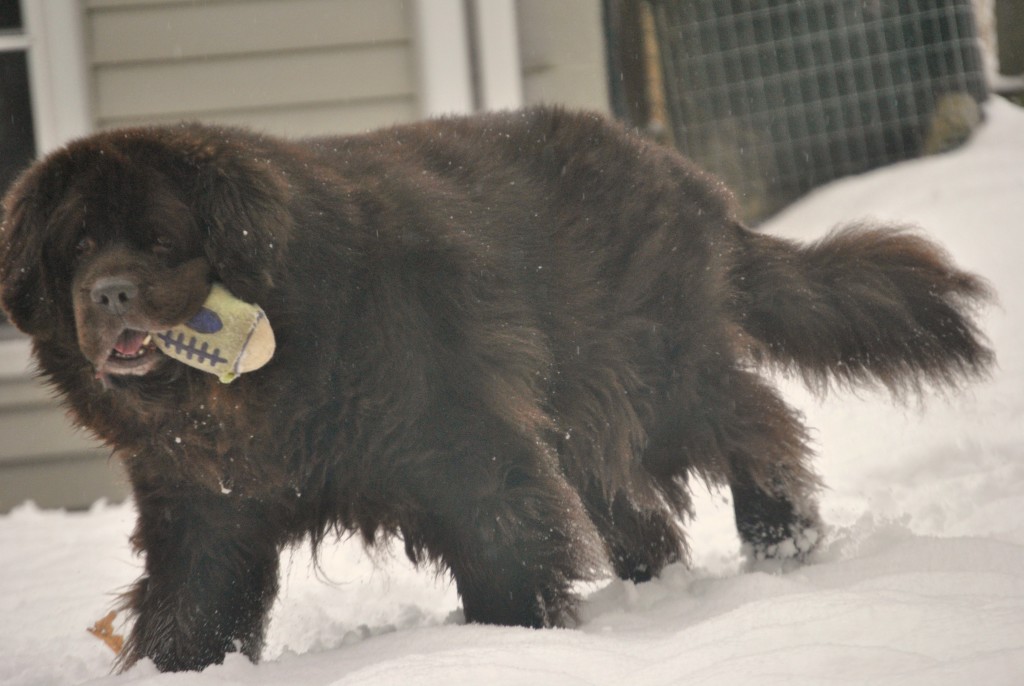 How We Decided On A Tick Control Product For Our Dogs

Dear Leroy On Your Birthday,