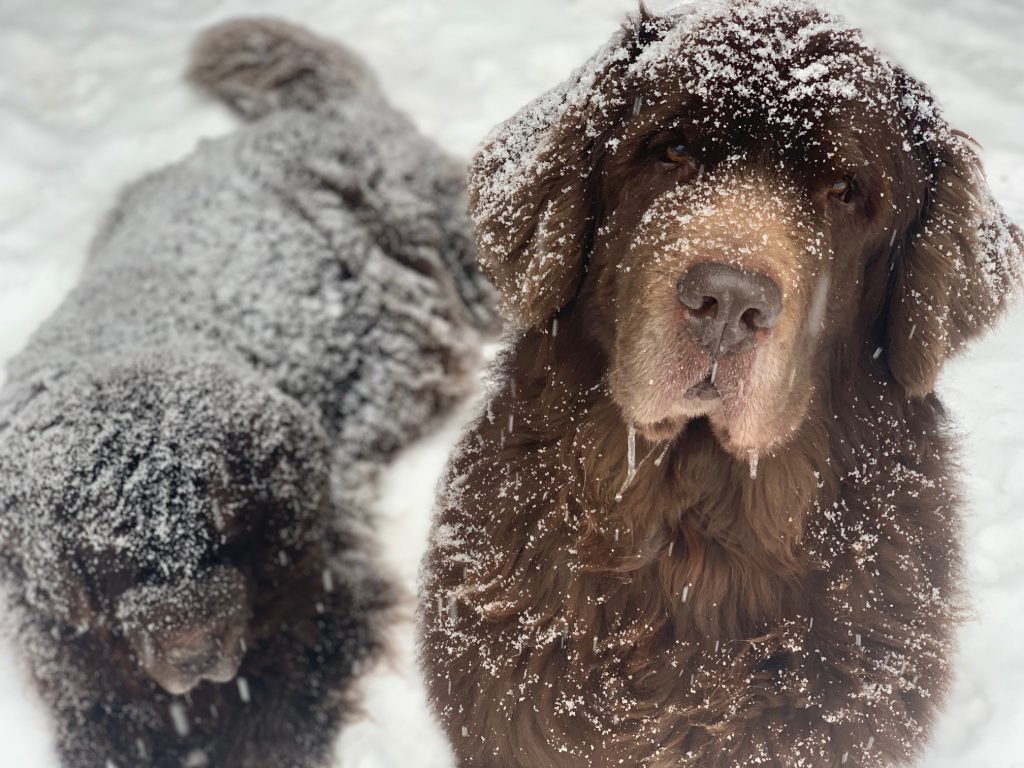 Winter Storm Harper blew through our neck of the woods early Saturday through late Sunday.

With forecasts fluctuating between 2 inches to 20 inches,  we were as prepared for the storm as we could be.

Groceries were bought, dog food, treats and Leroy’s were medications were ordered early and delivered and we hunkered down for whatever Snowmageddon 2019 was going to give us, or not give us. 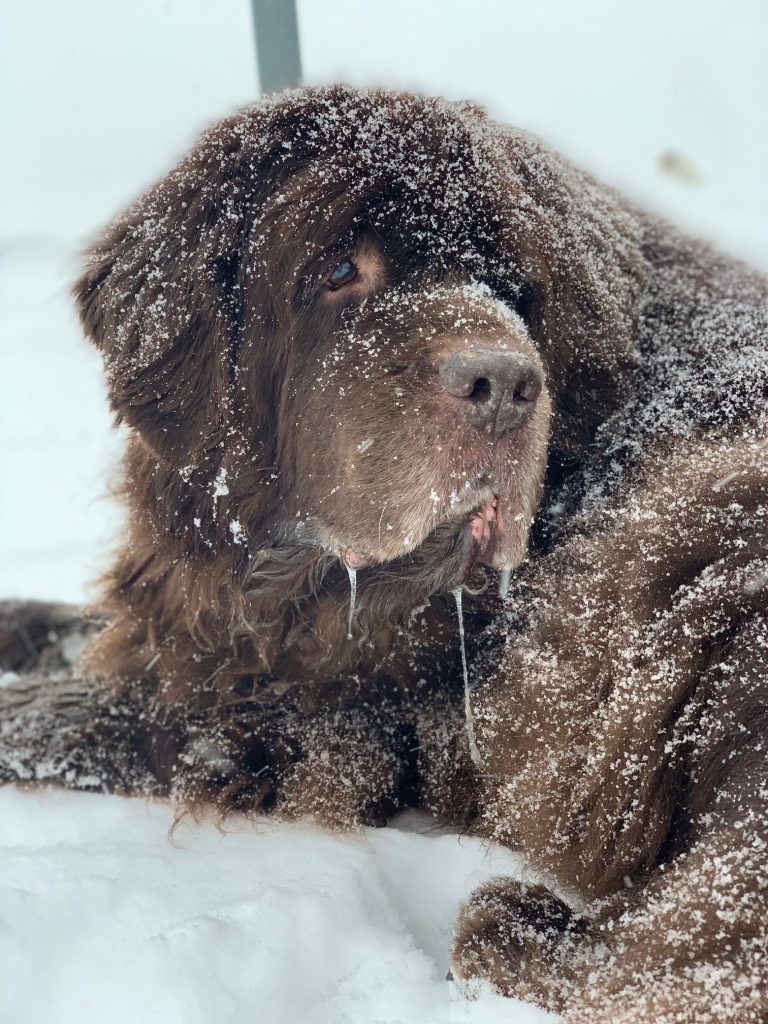 I was excited about the storm. It’s been quite a few years since we’ve had any major snow events here in Northeast Ohio and since Harper was coming in on the weekend it wouldn’t impact us as much as it would if it was coming during the week.

I was also excited for Sherman and Leroy because they have been waiting so patiently for snow and cooler temperatures.

When I woke up on Saturday morning I was a bit disheartened when I looked outside and didn’t see any fresh snow.

As I watched the weather reports I started to doubt that we would be getting any measurable amounts of snow. 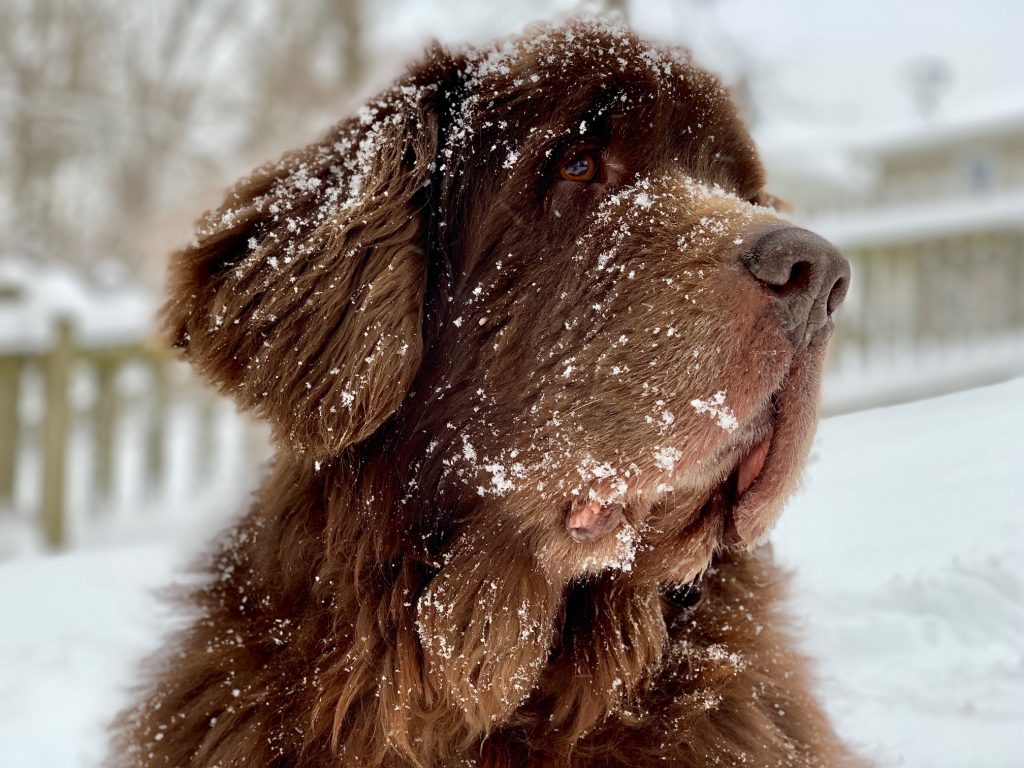 Radar was showing snow but we weren’t getting any.

I anxiously watched out the window as I went about my morning and finally around 11:00 a.m. the first few flakes began to flutter through the air.

A few hours later we had a nice coating on the ground and as the hours passed,  it just kept falling.

I took the boys out before the high wind and heavy drifting started so that we could enjoy some of it.

Leroy and I headed out for a quick walk and that’s when things started to get a little dicey. 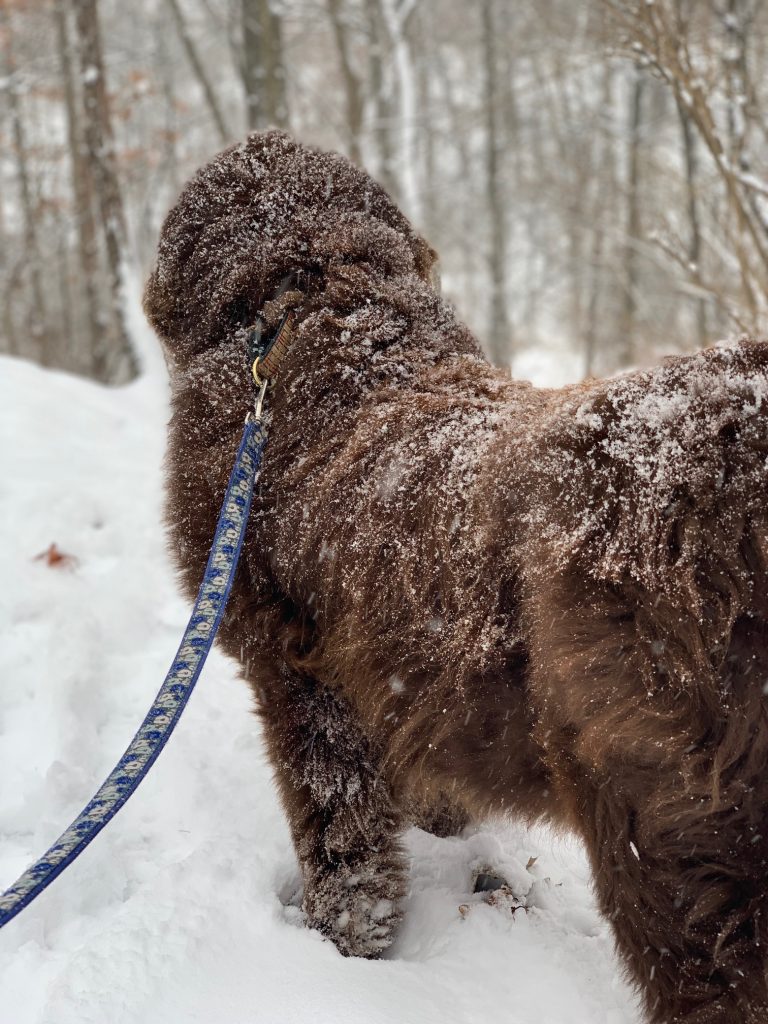 The roads were starting to get covered in snow and traffic was moving slow.

Normally, that wouldn’t have bothered me but I decided to err on the side of caution and stay on our side of the street and head into the woods for a small hike.

Leroy was loving it but the drifting had started and I could see that he was struggling a bit so we headed back home.

Over the next few hours, the snow kept piling up and the winds became fiercer. 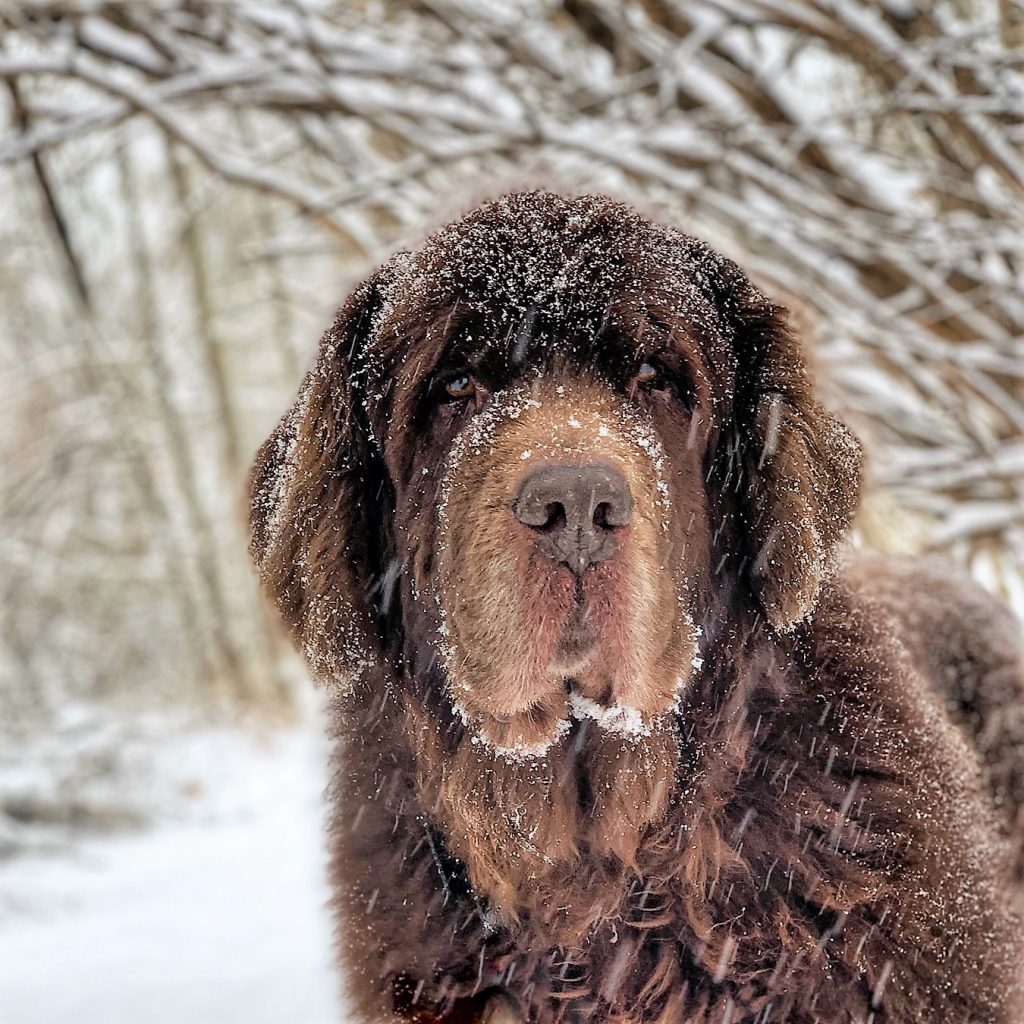 Sherman and Leroy had plenty of trips outside to enjoy the snow and get a taste of it but they were monitored.

One problem that we encountered with this snow that we’ve never had before was the boys struggled to get through it.

I’ve never had to shovel a path for them in 12 years but their age showed with this storm.

We had about 12 inches of snow, more where drifts persisted and it was too much for their aging legs. 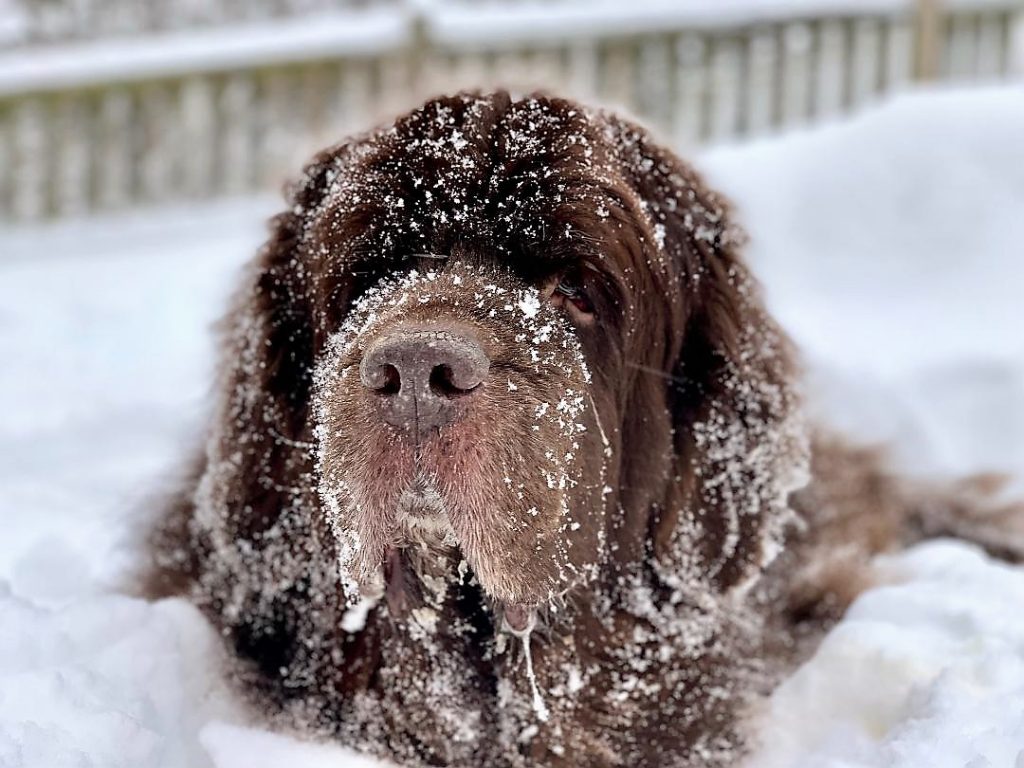 I noticed it first with Leroy and then Sherman followed.

Each of them took a different path outside and each got stuck. Leroy acted like he meant to fall down and he would manage to get back up and get back to the path he made. 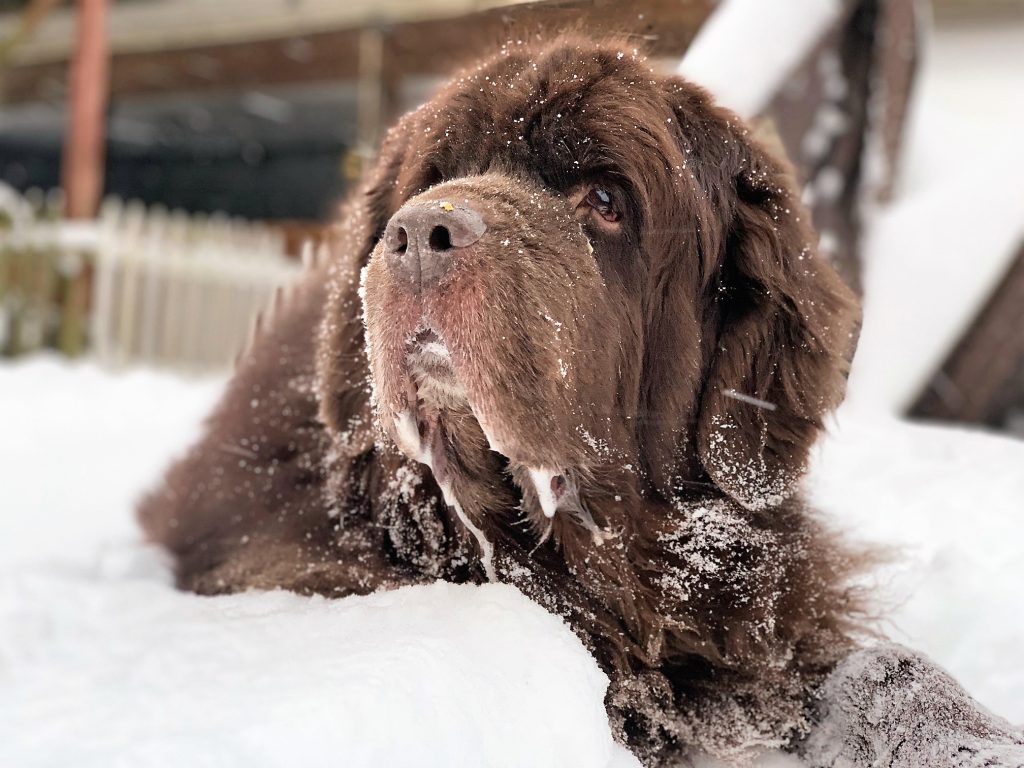 I shoveled a path for both of them and just like a typical Newfie, they both walked alongside it instead of on it.

Leroy kept insisting on walking to the back right corner of the yard (an area that he typically doesn’t go to) where the deepest drift was. He would plow through and then try to turn around and just plop down as if he meant to do it.

They eventually started taking the cleared path but I’m sure that’s only because their legs were getting tired. 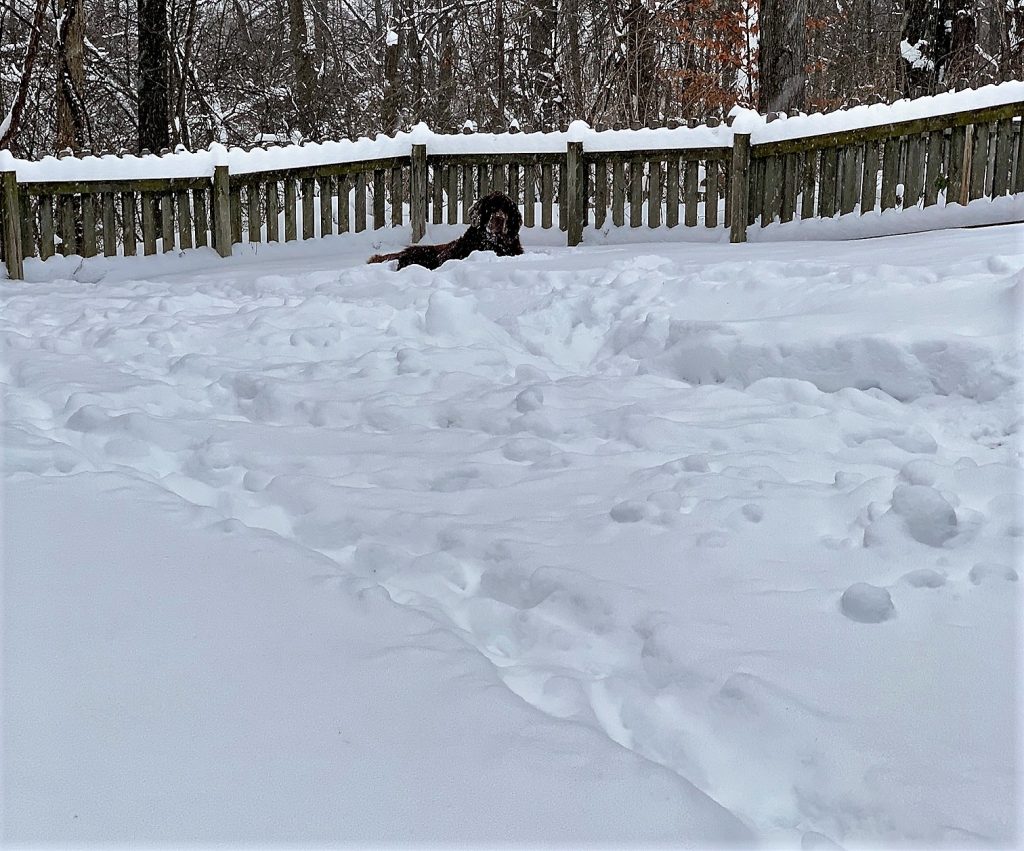 Pooping was another issue and one that we haven’t faced before.

They normally have no problem pooping but I could see them struggling to find a good spot.

Just like the path, they eventually worked it out and everyone is back to having a spot to poop.

Unfortunately, my walks with Leroy have stopped until some of the snow melts.

On the side of the street where we live, the plows have created a drift and mound of snow that I’m not going to risk Leroy or myself getting stuck in. 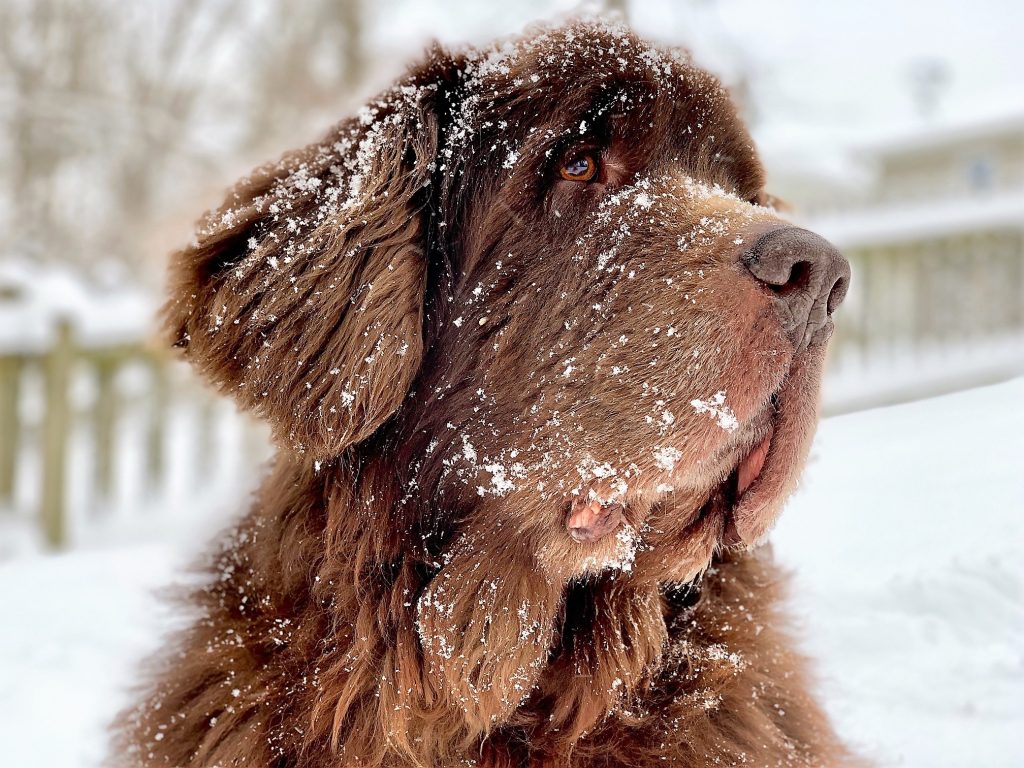 While he’s doing much better walking, the drifts will tire him out faster and I can’t take the chance of his legs giving out and having to start from square one again.

The sidewalk across the street is cleared but it’s still the same issue with the mounds created by the snowplows.

This week I might attempt to shovel a path so that we can cross safely and easily.

Other than those small issues the boys are in snowmageddon heaven.

They both have an unlimited supply of all-natural snow-cones and a nice cold bed of fresh snow. 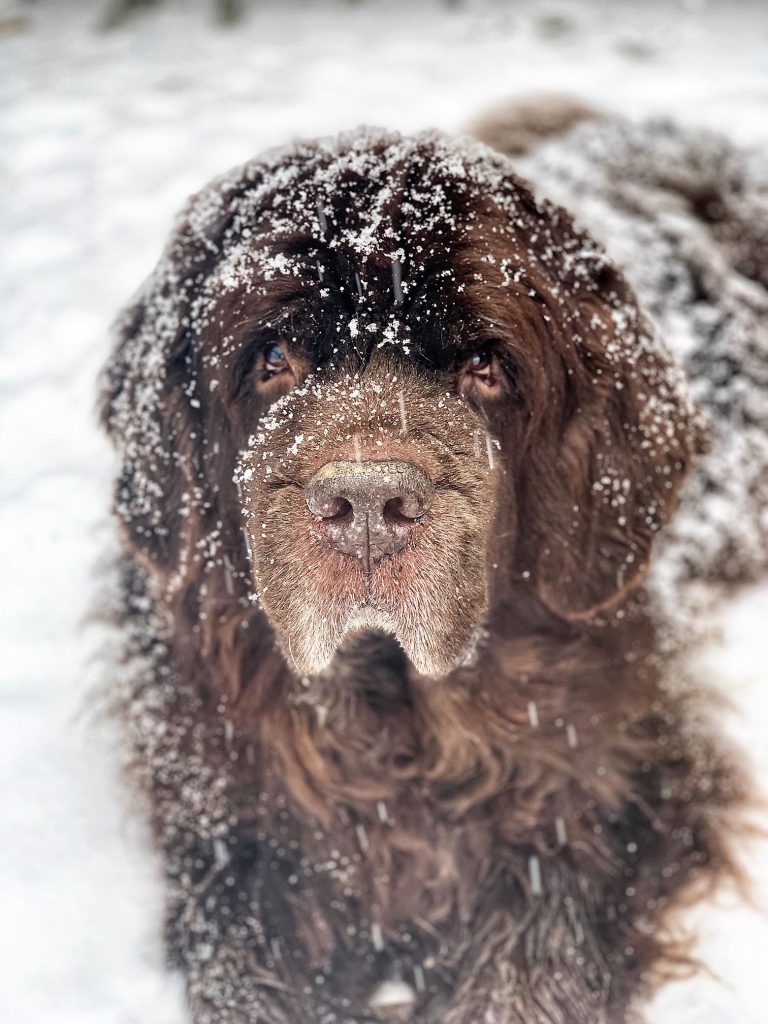 If anyone is jealous of our Snowmaggedon, don’t be. We’re getting at least an inch of rain today, followed by freezing rain tonight, followed by 4 clipper systems that are going to move through in the next 6 days.

More challenges are ahead of us.