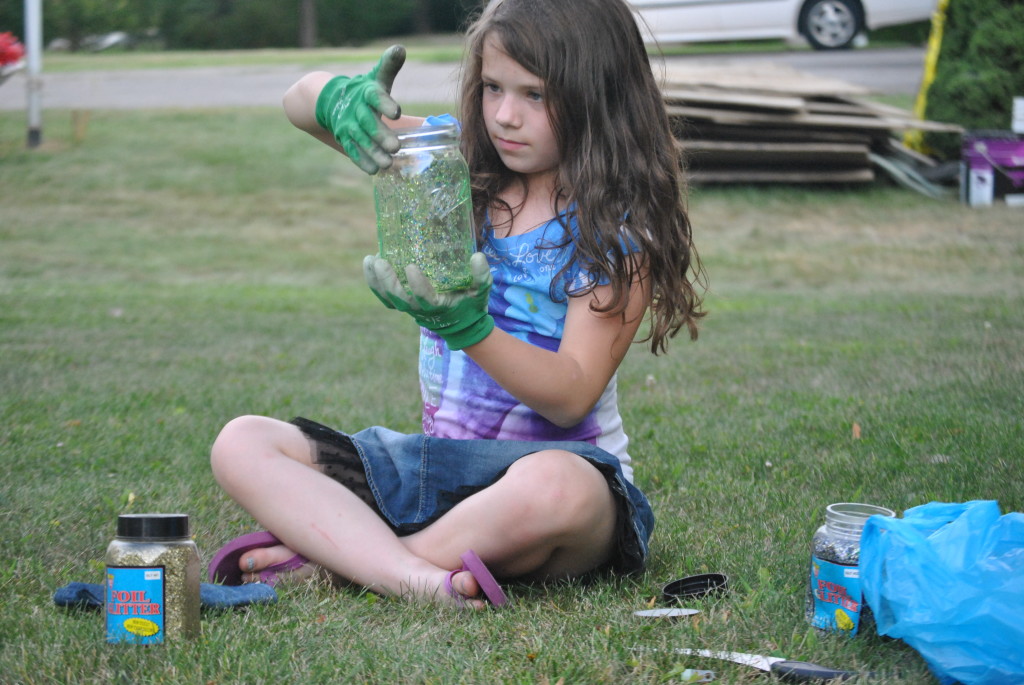 I mean who doesn’t want their own personal fairy sitting on their shoulder all day?

Too bad they’re not real.

A few months ago she made a fairy garden with my Mom and it was super cute. 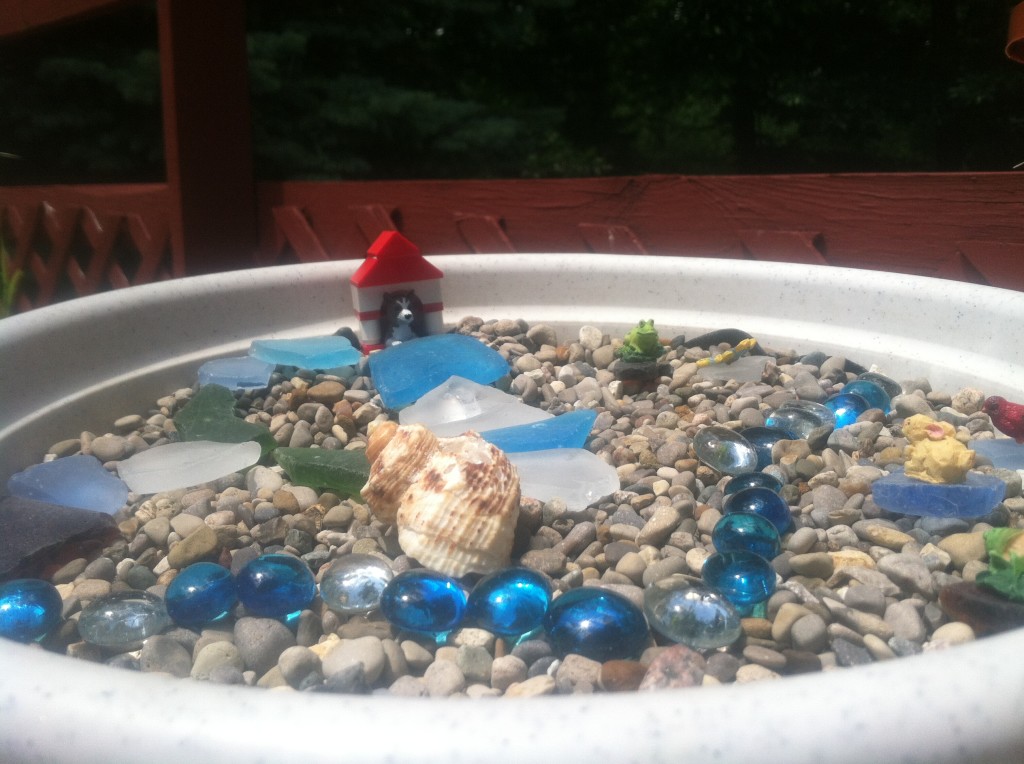 Then a few days ago I saw on Facebook, directions to make a fairy in a jar craft project. The picture was super cute and I loved the idea of Gracie and I making these and putting them next to her fairy garden.

I didn’t tell Gracie about the project, and I’m glad I waited because after I started researching it, I found conflicting reports. Several people said that original Pinterest picture and Facebook picture was a sham, and as I looked closer you could totally tell the photo was edited. As I read more about it, I saw that many people had failed attempts at making these fairies in a bottle and I began to bum right the heck out.

I held out a bit of hope though as I read that some people had success and offered tips of how to make this work. 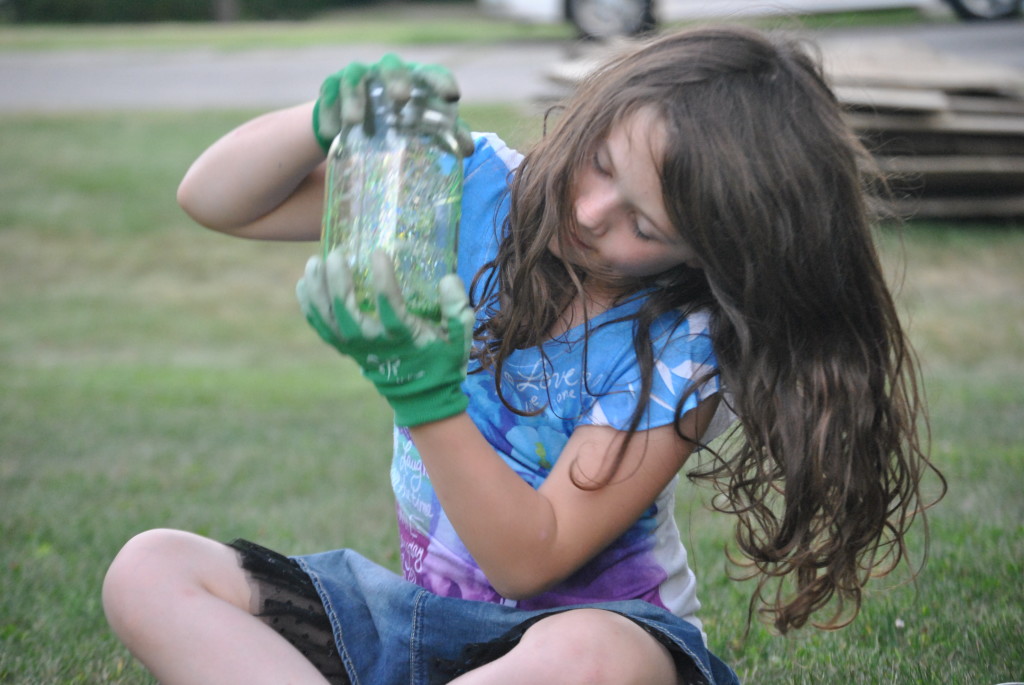 So when Gracie got home from school I explained to her what we were going to do and then I told her I wasn’t quite sure how it was all going to go down.

It may be a big failure.

Which kind of bummed her out and she responded with:

“So you’re telling me this most likely isn’t going to work and we’re going to create a big mess, and you will get mad and I will bum out. Sounds like fun Mom.”

She knows that every-time I come up with a brainy idea it’s bound to go bad.

These damn fairies better fly and sparkle or I’m ruined. I need some redemption for all my flops.

So despite both of our hesitations we proceeded with the experiment, and to my surprise it went ok. 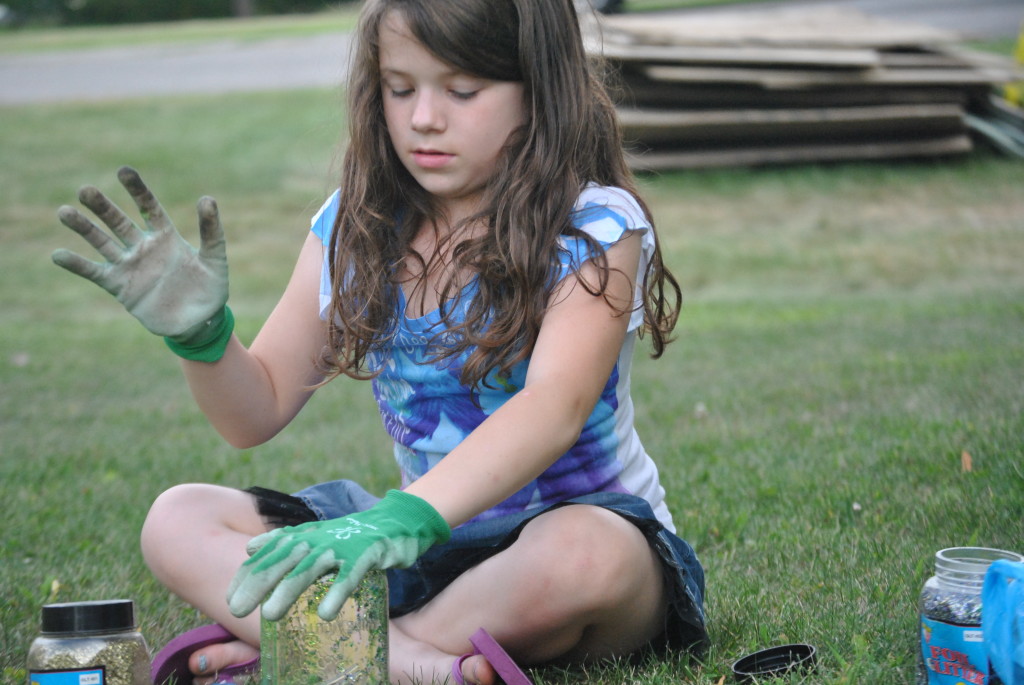 They weren’t the best fairies in a jar and they didn’t look like they were flying around but they glowed and looked pretty.

Gracie was impressed but not glowing with excitement like I was.

So here’s what we used: 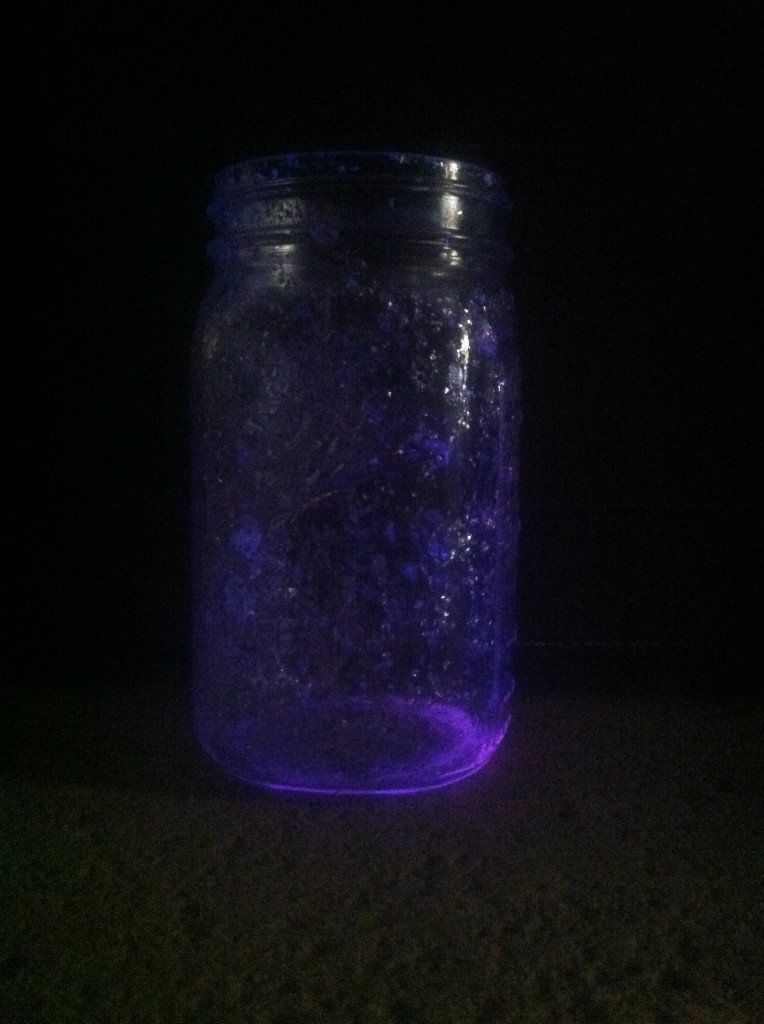 Here’s what we did:

Then poof…we had fairies in a jar. 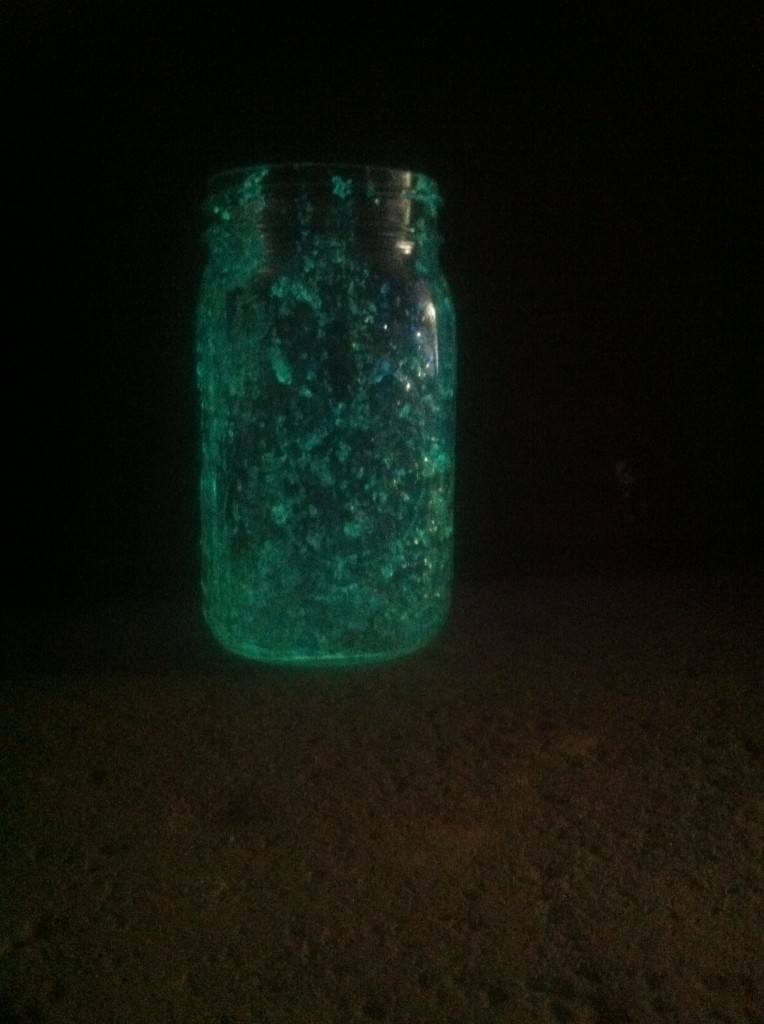 Or………………….glow in the dark colors splattered on the inside of a Mason jar.

Things I would do different if I did this again.

Important notes about the project:

It was brought to my attention by a friend that glow sticks contain glass which I didn’t know. So be careful. I was going to do this outside in my backyard but when I found out there might be glass in the sticks I went to the front yard where the dogs would not be at risk if we had an “accident”.

Wear gloves to protect your hands from the glass and from the glow sticks. 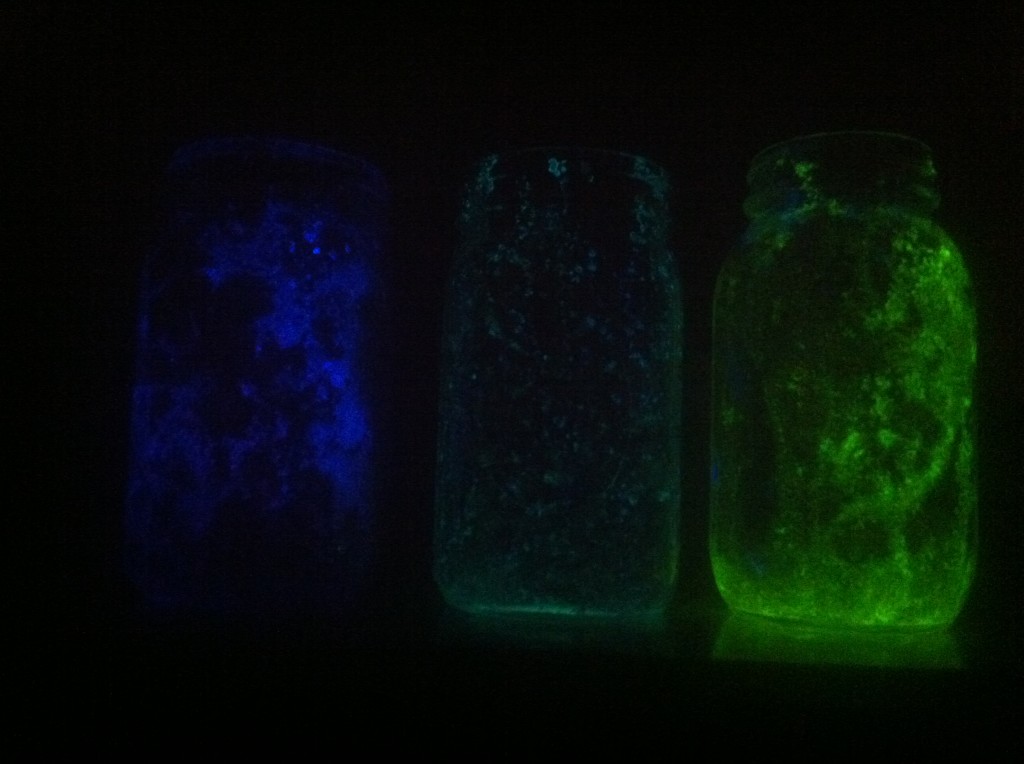 If your going to be doing this with children, be careful. Gracie is 8 and I don’t think I would of let her do this when she was 7 because of the glass. I didn’t let her cut the sticks or shake the color into the jar. I did let her pick the colors, add the glitter and swirl the jar.

A cute project, but doesn’t exactly look like fairies flying around in a jar.

On a side note: Alright, who am I kidding. I’m the one who’s interested in fairies. Not Gracie. I’m just using her as my decoy. 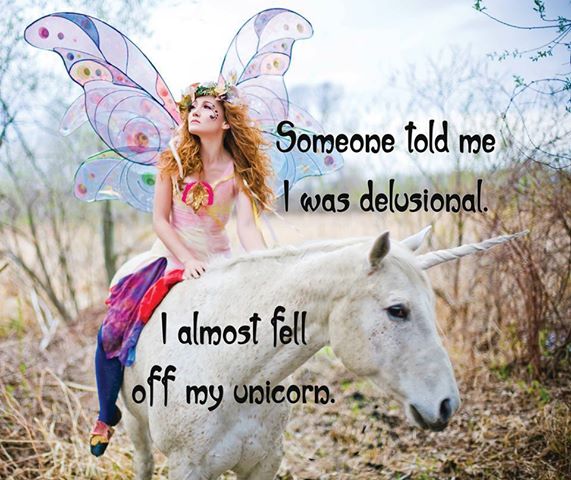 Photo courtesy of the Twig Fairy

On another side note: I realize that this post is out of my norm and not at all dog related. I just thought some of you might enjoy it!

If I Only Had A Brain