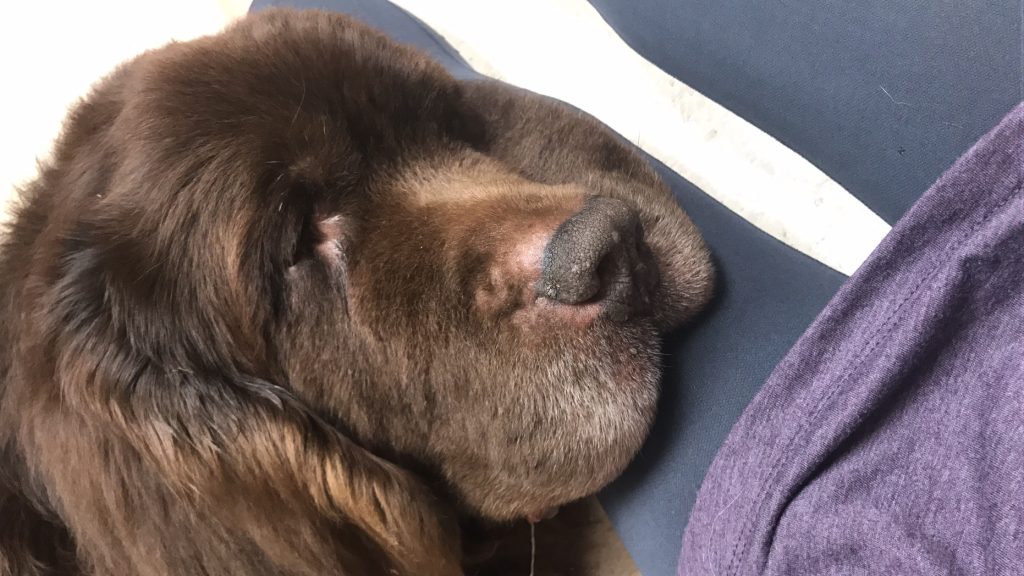 I feel bad with the update that I left you the other day about Leroy’s vet visit and I thought I should give you a reason for my unenthusiastic report.

I’ll do a quick recap in case you missed it:

Leroy had his recheck appointment on Wednesday.

He weighed in at 124 pounds which is up 3 pounds from his last visit 6 weeks ago.

His decubital ulcer is slowly but surely healing.

Since he hasn’t fluctuated much the vet is considering Leroy currently stable. 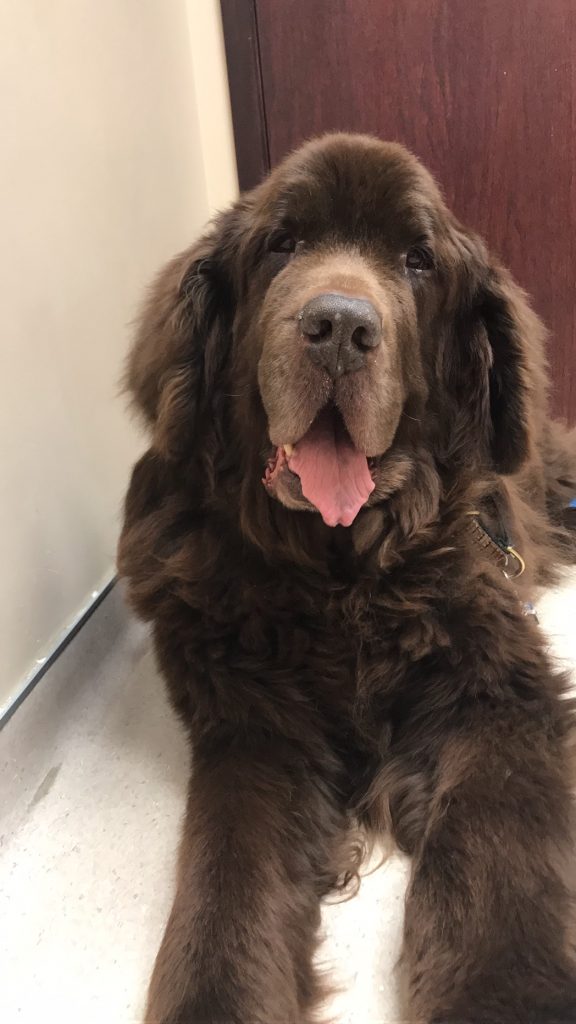 We will recheck his weight, albumin and do a check on his Cobalamin at the end of September.

For now we will stay the course and keep him on the Budesonide and B-12 injections.

I don’t know why but I’m feeling uneasy about this.

Leroy is doing so much better than he was 2 months ago and he’s STABLE.

Which means he’s not in a critical state anymore. He’s not deteriorating.

He’s no longer on the Pred and his body is adjusting.

I’ve tried to tell myself this in many different ways but it’s still leaving me uneasy.

Maybe it’s because I was hoping for his albumin to be higher.

Low normal is 2.6 and he’s not there and he might not ever there. 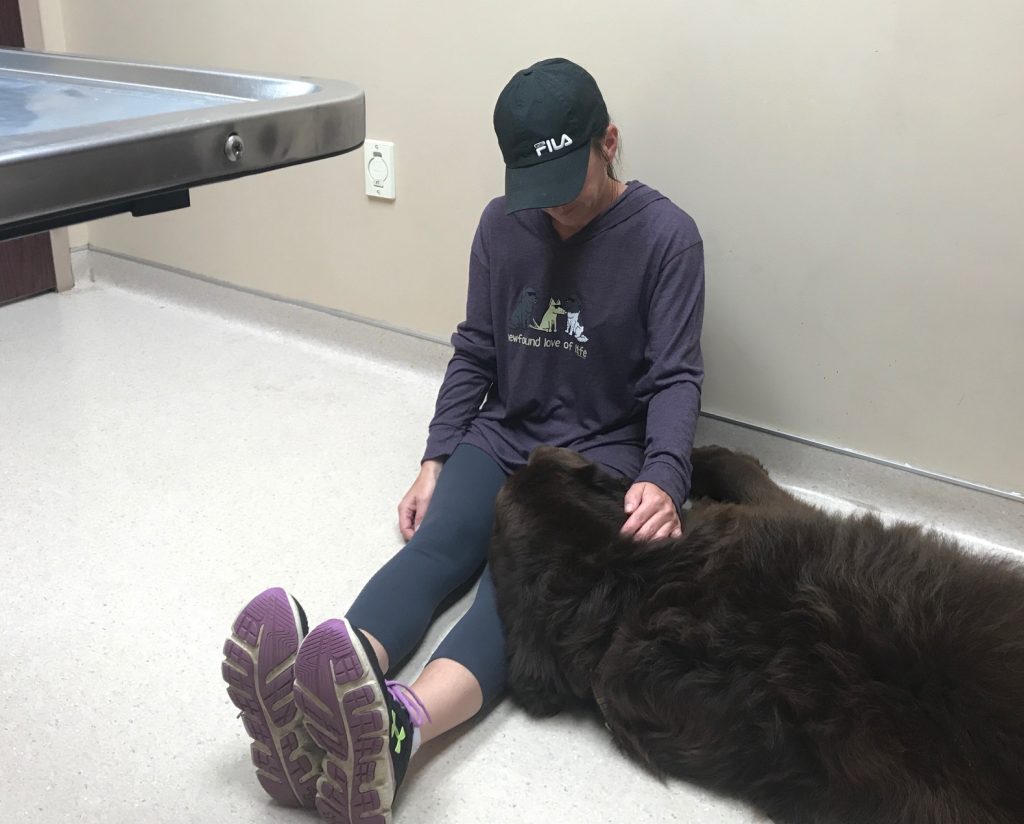 The vet said that for Leroy, he’s considering anything above 2.0 to be good and he’s not at all concerned about the 0.1 variance from the last visit.

He’s responding well to the Budesonide and he’s on the middle dose.

So why am I worrying now?

He’s eating upstairs all the time now and more often than not he’s waking me up in the mornings. 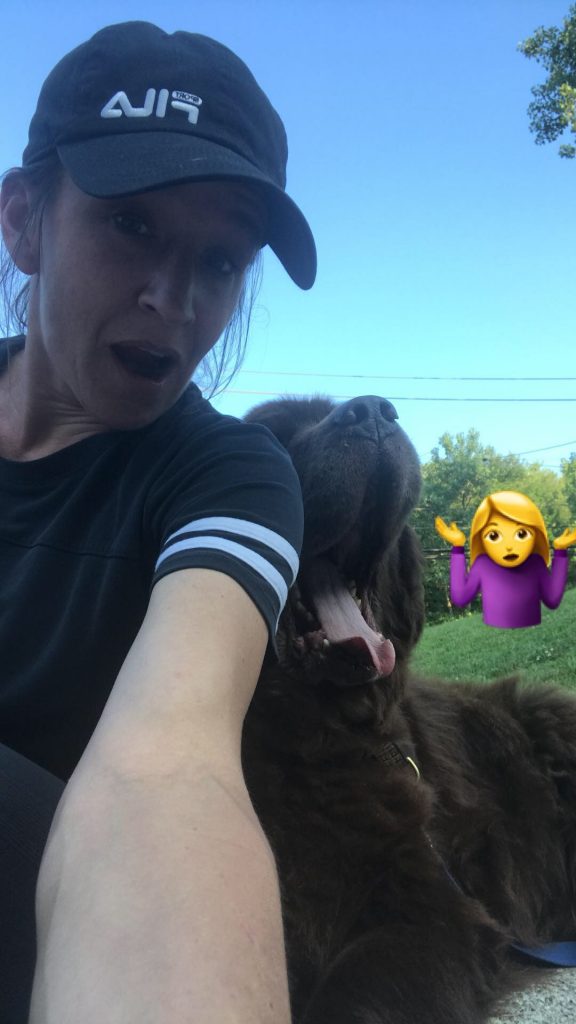 He’s happy and whiney and he gave me a fat lip yesterday.

So what’s my deal?

Perhaps it’s because I see him getting a little frustrated when he can’t get up on his own or walk his old route.

Perhaps I’m a little frustrated with that too.

I miss our walks.

Being stable is good.

But being stable is not normal and normal is what I’m seeking for Leroy.

Which is silly because Leroy has never actually been normal.

When I mentioned my concern of Leroy’s rear weakness still being there the vet wasn’t overly concerned and reminded that Leroy’s muscles are still fighting the protein loss and the long-term steroid use and he might not ever be 100% again.

So we’re going on month 4 of his flare-up and he’s finally stable.

I’m being selfish because I want more.

Please don’t get me wrong, I feel very blessed that he’s still here with us, I just need my mind and heart to accept the fact that his body has aged 5 years over the last 4 months and now it’s clear that there’s no going back.

Until then we’ll just keep doing us.

My Visit To Dog Mountain And The Dog Chapel

His Recovery Has Been Anything But Easy But Today, Right Now, He’s Good.