Sherman has never shown any interest in our swimming pool.

Up until this weekend he could care less who was in it and what they were doing. 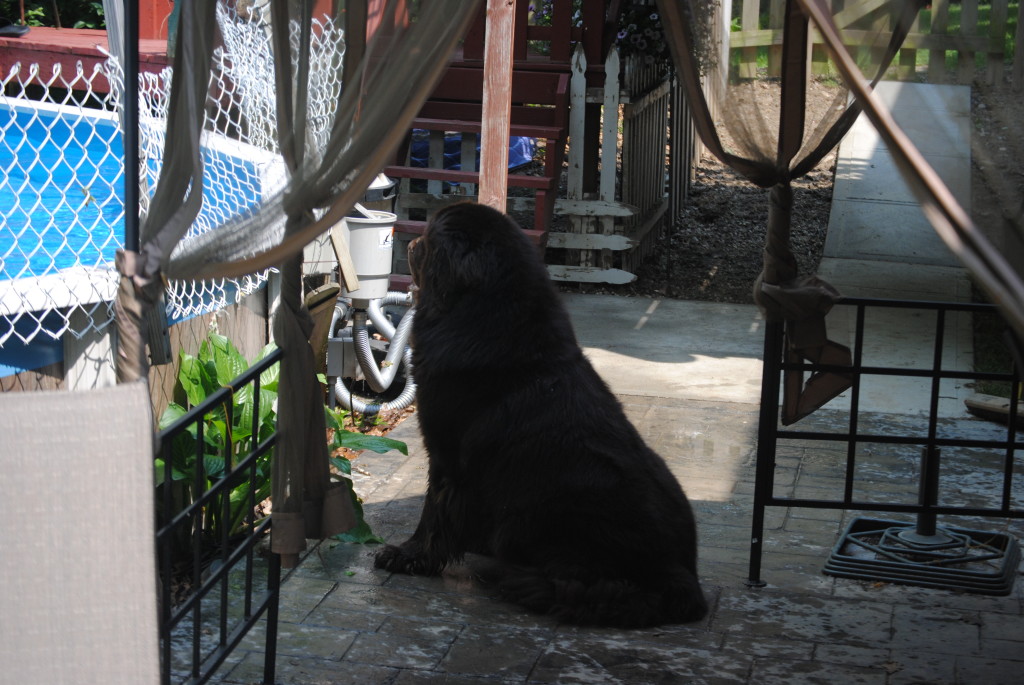 Last summer I tried to get his attention by acting like I was drowning.

Newfoundlands are suppose to be water rescue dogs by nature.

Sherman didn’t care that I was fake drowning.

He didn’t even lift his head when I called out for help.

I was convinced that he was broken.

That was until this weekend. 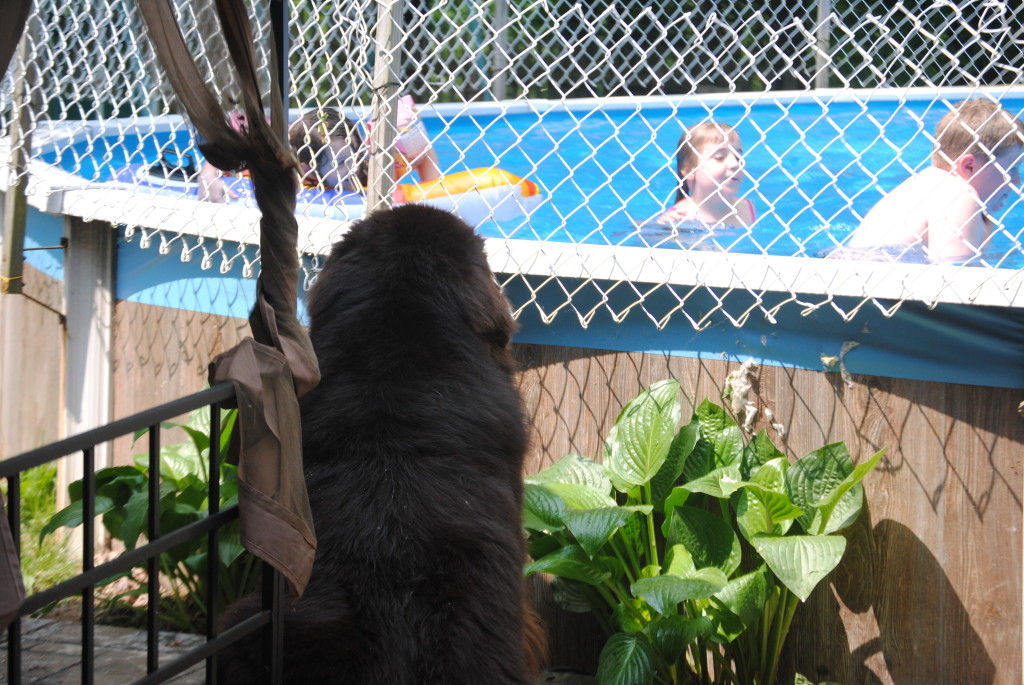 This weekend I couldn’t keep him away from the pool. The kids were in there 24/7 and Sherman was nervous. He wouldn’t take his eyes off of them and he would plant his butt at all different sides of the pool to make sure he had a good view.

He was very concerned. 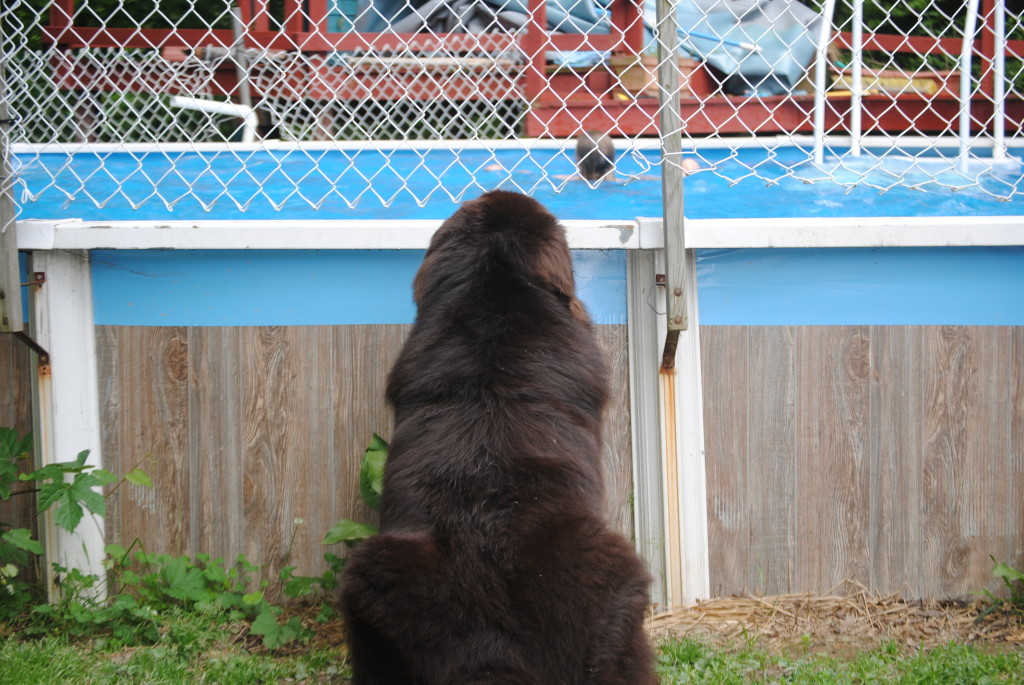 Newfoundlands have been known to be highly protective of children, especially children who are in the water. Often they may bark when they feel that things are getting a little to rowdy and someone may be in danger of drowning. They have also been known to block a child from getting into a pool.

Not my Newfs. They are broken. They have never given a darn. The kids could be screaming and coughing up water and nothing.

But something clicked in Sherman this weekend. 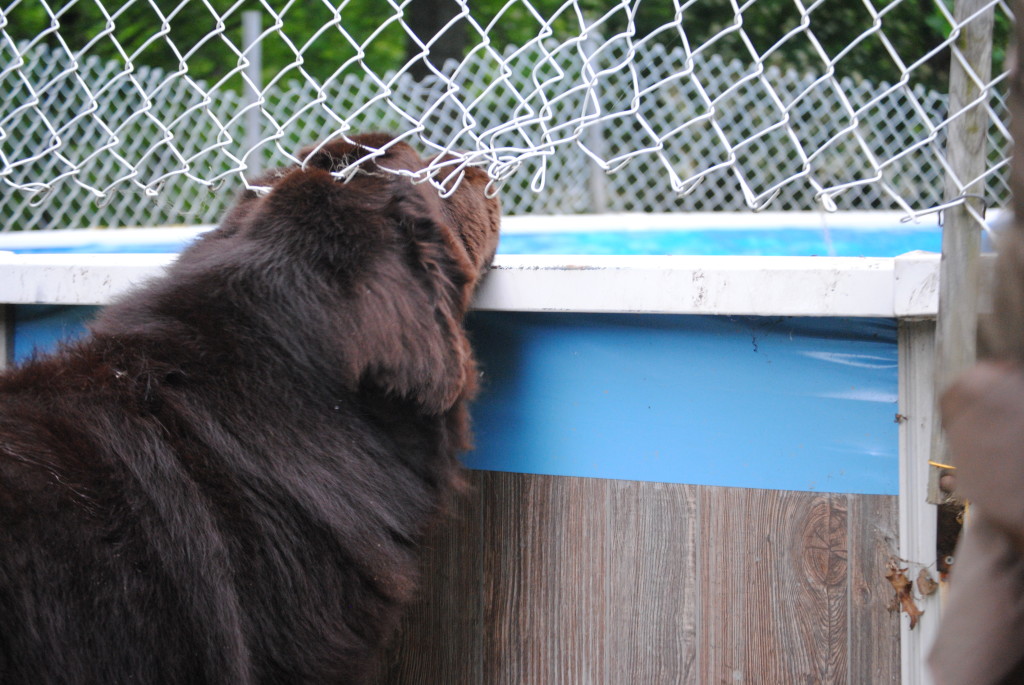 He was a lifeguard. His was right there for every moment that the kids were in the pool. He even told Bobby to settle down with the splashing. 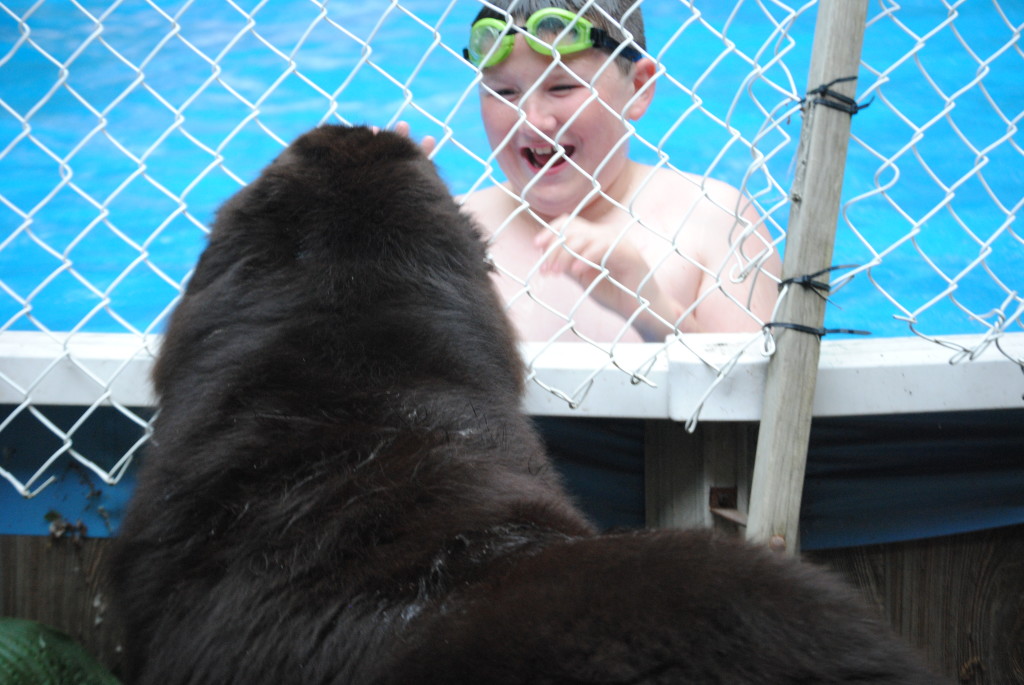 Now, you may be wondering why I didn’t let the poor dog just join the kids. Well, it’s because I didn’t want him up on the deck which was hot and directly in the sun, and Sherman has only swam in the pool once, so since my husband nor I were swimming, I didn’t feel it was safe for him or the kids.

Plus, the water was cold and I didn’t want him getting hypothermia. The kids can fend for themselves. (kidding, kidding. settle down)

When the sun moved and the deck was shaded I did let Sherman go up and have a look. He was much more relaxed being front and center and immediately took the lifeguard stance. 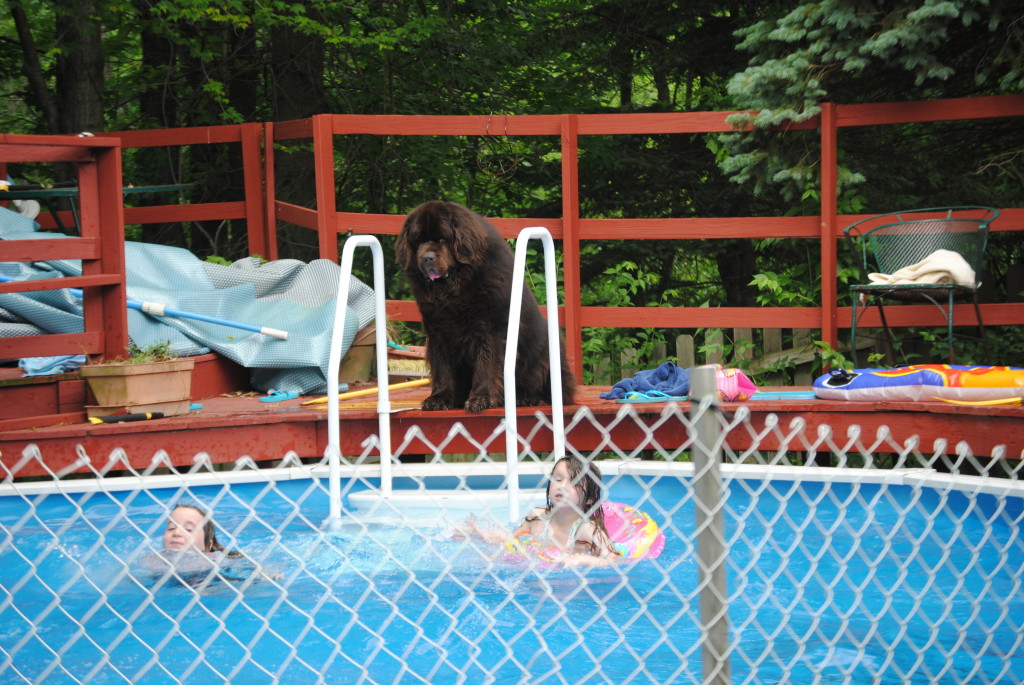 At 5 1/2 years old, I’m not sure why his lifeguard instincts kicked in now. I’m not complaining, I’m just wondering what changed. 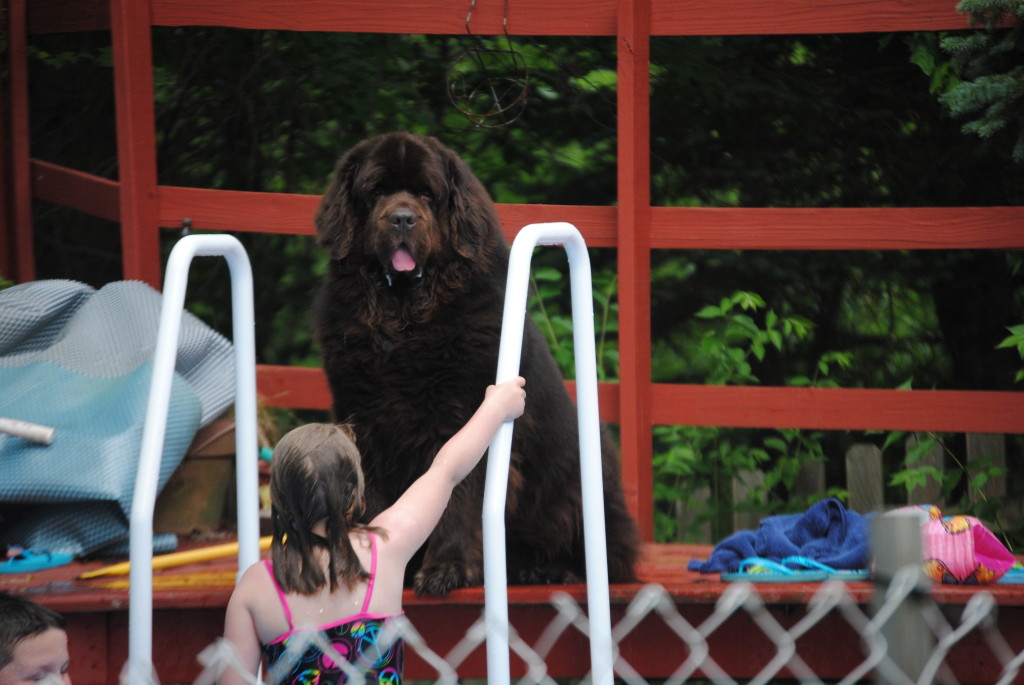 So where was Leroy during all this? Well, while Sherman was out protecting, Leroy was in the kitchen eating my taco dip off the counter. You see, Leroy is almost 4, so he’s got another year and a half before he protects.

What Would Your Name Be If Your Dog Had Chosen It?
Tags: Dog