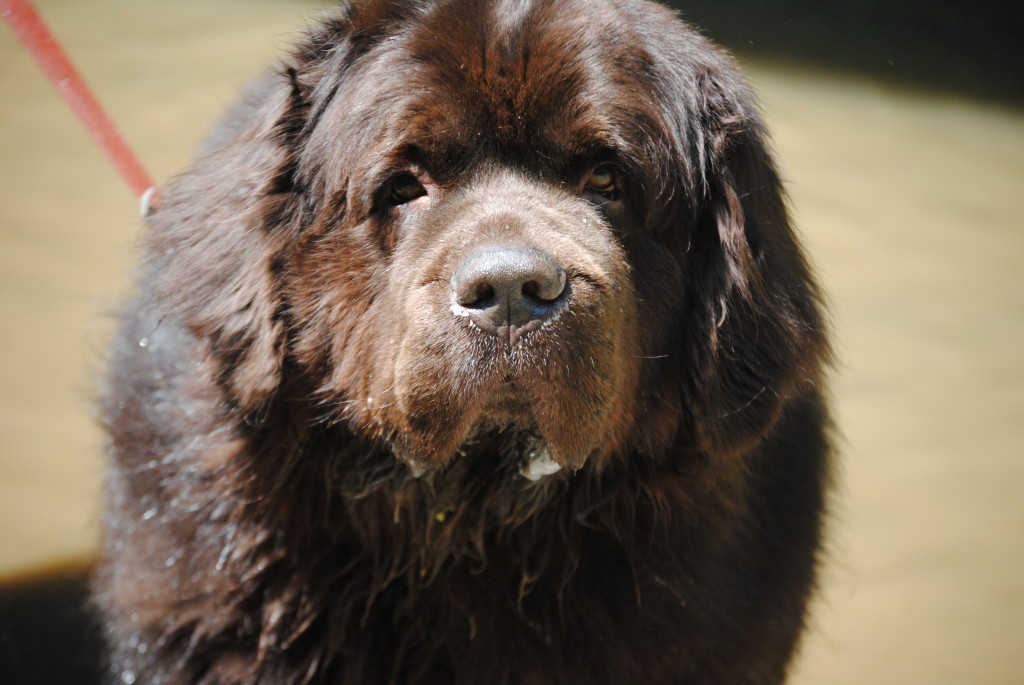 It happened on a Friday morning, December 14th to be exact. I was on my way out the door to a dog show with Leroy and I let Sherman outside to go potty. He walked out on four legs and five minutes later he came back in walking on three legs.

As soon as I saw him not putting weight on his right rear leg I knew.

He had torn the cruciate ligament in his knee.

I’m going to be honest here, I don’t know much about cruciate ligaments. I know that they are a ligament in the knee and I know how a dog walks when they tear one. That’s it, and I knew in my heart that it was torn.

My first thought was to skip the dog show and take Sherman right up to the vet. Interesting enough, the tiny little voice that sometimes makes an appearance in my head told me to get it together and proceed on to the show because maybe, just maybe Sherman just stubbed his toe and maybe he would be fine in a few hours. I had already given him some Carprofen for his injured shoulder so I knew that the pain aspect was covered and he did not to appear to be painful. 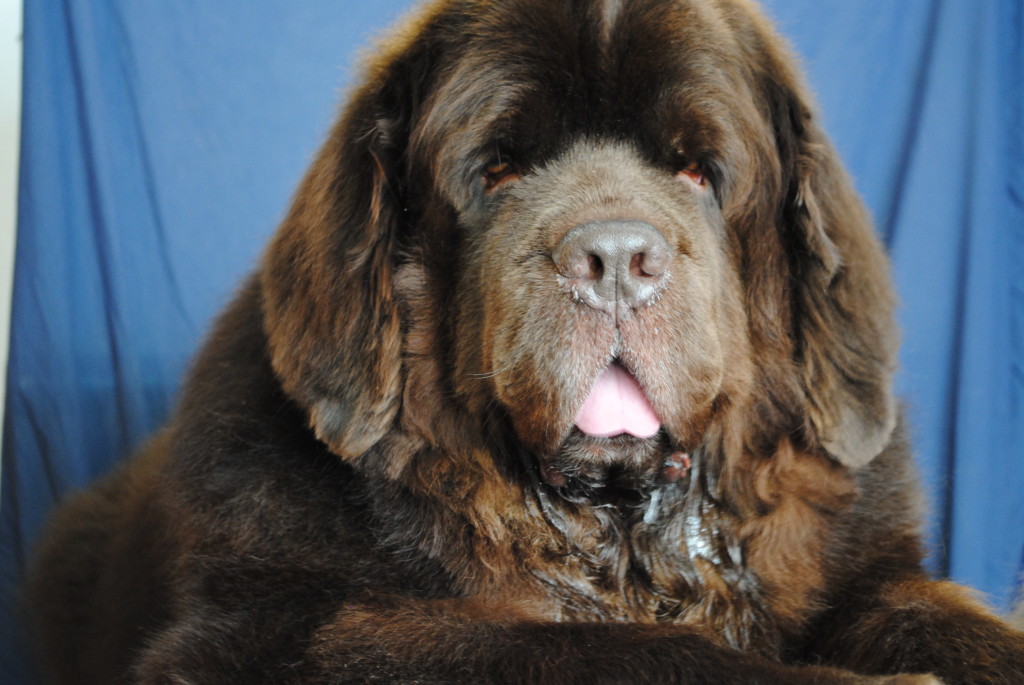 It was wishful thinking because a few hours later when I got home from the show he was still limping. Not as bad, but the limp was obvious. I had called the vet from the show and told her the story. She was already done for the day but offered to run back up to the vet to check him out but my thoughts were that there wasn’t anything we could except confirm the injury.  She said as long as he didn’t seem painful just to keep him quiet, continue the Carprofen and bring him in on Monday.

Well Monday came and so did the flu and then hubby was admitted to the hospital. That whole week, even though there was a ton of other things whirling around me, the fact that I didn’t have confirmation of the tear was killing me. Sherman seemed to be managing fine and was now putting some weight on his leg but still had an obvious limp.  By Friday I finally made the trip to the vet where she confirmed the tear, which still, even though I knew it in my mind, was a crushing blow. Then came the real kick in the ass when she palpated his left knee just for comparison. She did her extension and palpation and then set the knee down and looked at me with kind of a surprised look on her face and then she said, “I’m pretty sure I feel a partial tear in his left knee.” With those words I threw my body down on Sherman and started sobbing hysterically.

So let’s get this straight:

That is anything but awesome.

So just to make sure those of you, like me who do not know a lot about the cruciate ligament here is a diagram that may help you visualize it. 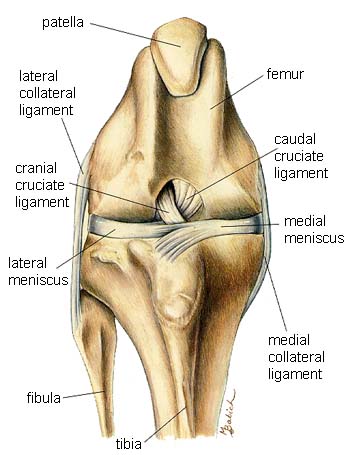 Often referred to as the ACL, anterior cruciate ligament or cranial cruciate ligament, the ACL is one of two ligaments that cross inside the knee and prevents the tibia from slipping forward out from under the femur.

ACL tears can happen suddenly or can happen when a ligament is becoming increasingly weak over time. Most of the time a dog is running and makes a sudden change in direction and the ligament tears, which is what I assume happened to Sherman on December 14th at around 7:10 a.m.

The rupture of the ACL is the most common knee injury to dogs and can happen to any size dog but large and giant breed dogs seem to be more prone to it. Newfoundlands are prone to this injury.

Jana from Dawg Business has written many fantastic articles on the ACL including a great post Talk To Me About ACL Injuries. Her dog Jasmine suffered from an ACL tear a few years ago and Jana’s articles on the subject have been of great reference for me over the past few weeks.

We have many options available to us to as how we plan to deal with Sherman’s ACL tear, but have not made a decision on which route we will take. There are concerns because along with the full tear in the right he also has a partial tear in the left. We have also been dealing with creptious in his right shoulder, so before we make any final decisions we have decided to wait until after x-rays are done next week and then meet with an orthopedic specialist.

Sherman is doing fine. He is on pain medication and is weight bearing on all four legs although he does have a slight limp. He, of course, is on restricted activity and the hardest thing for him to cope with is the fact that he can’t romp around in the snow.

This post will be the first of many as I write about this  journey with Sherman and his cruciates. Please keep in mind that this is all a learning process for me as I am new to the cruciate game. I have had a lot of suggestions offered my way so far and welcome many more!

Next week I’ll talk about our options, of which there are many, some less obvious than others.

How Not To Give Your Dog Pancreatitis This Holiday Season
Tags: Dog, Pet, vet