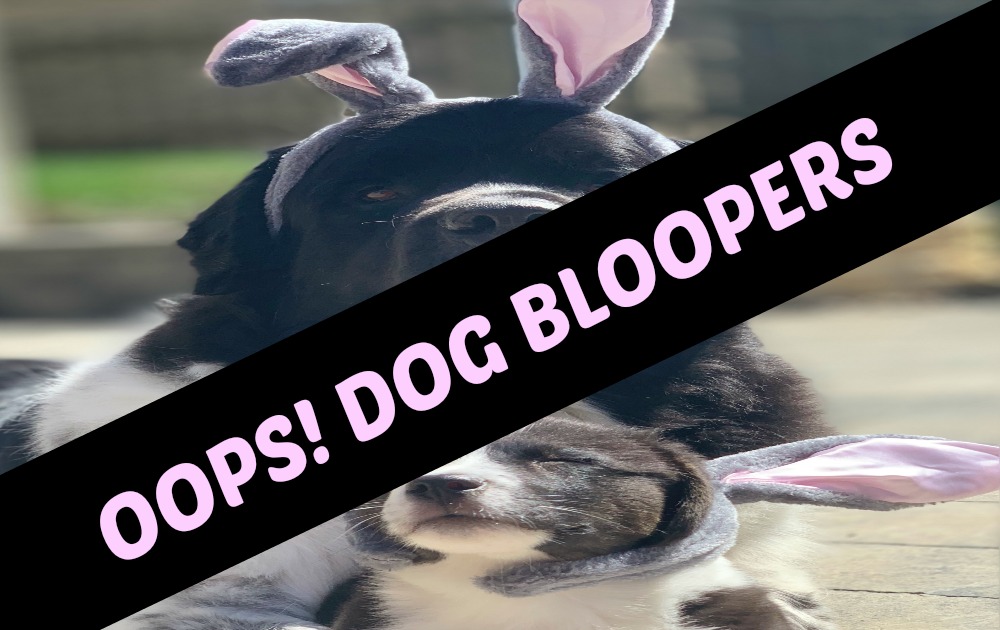 A spring photoshoot with a Newfie and puppy wouldn’t be complete without several dog bloopers, right?!

I don’t share our bloopers as much as I should but times like these definitely call for some!

I knew taking pictures of Odin and Finn together for the first time was going to be a challenge. 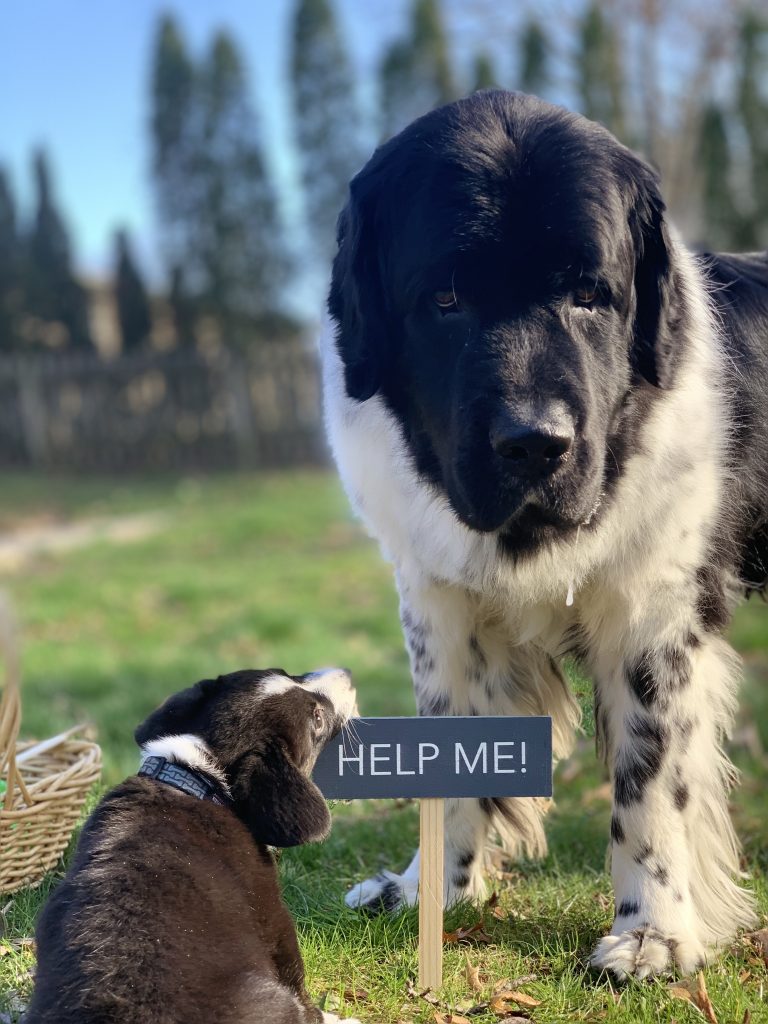 Throw in some bunny ears, baskets, wooden signs, and some plastic eggs and it’s guaranteed to give me some laughs and possibly a small stress headache!

I had originally planned for Odin to be holding a basket in his mouth.

We’ve been practicing this for months but Odin hasn’t advanced past the “take it” stage.

Then we got Finn and of course, I wanted Finn to be in an Easter basket! 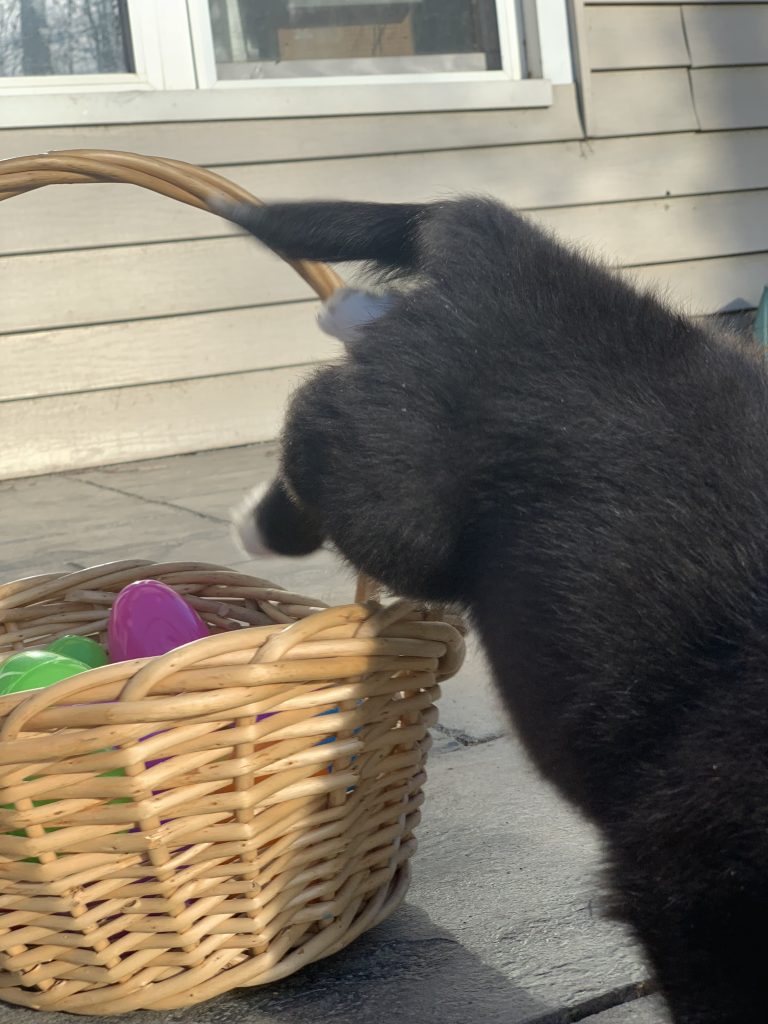 That turned out about as good as expected when you’re trying to get a puppy to sit still for 1 second outside.

Finn was having nothing to do with it and Odin was just sitting back watching the scene unfold. 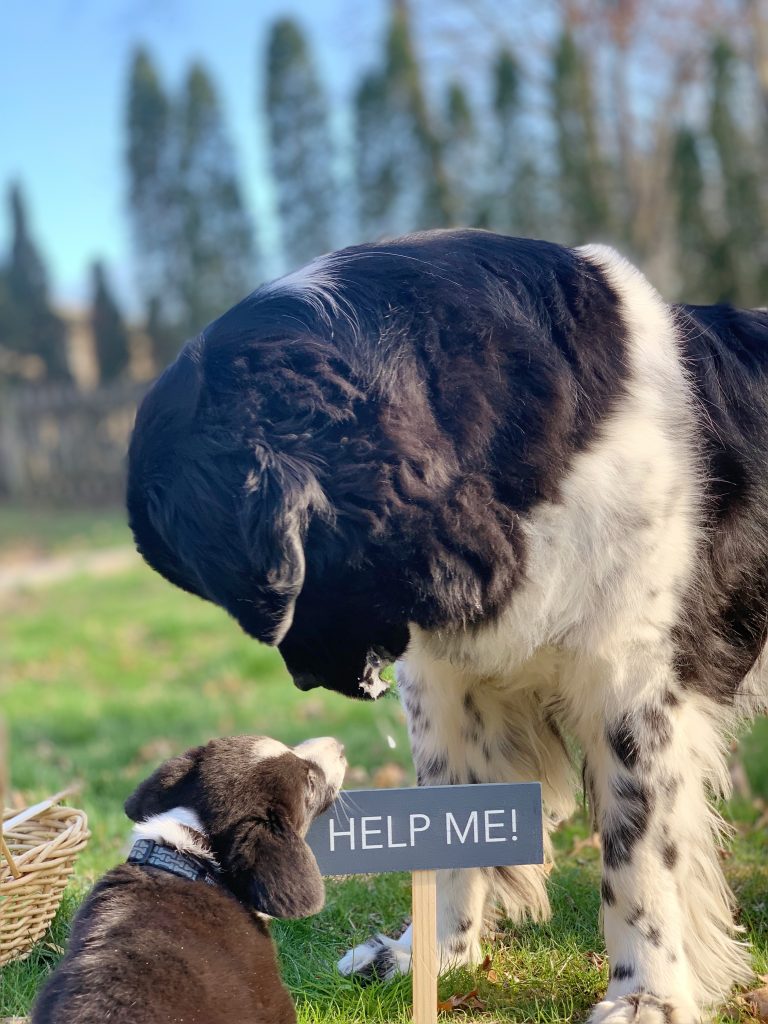 The signs were an added touch.

I got these cute signs back in March at Target knowing that they’d be an adorable prop for our Easter egg hunt. 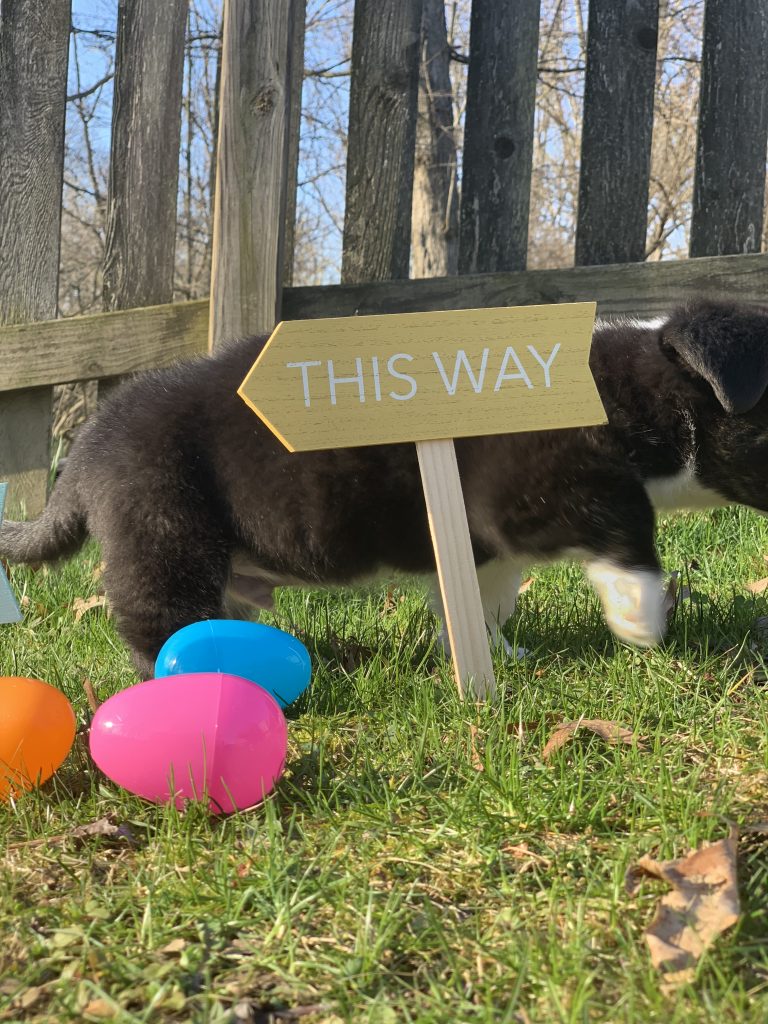 Finn broke one of the signs within 2 seconds of them being set up. 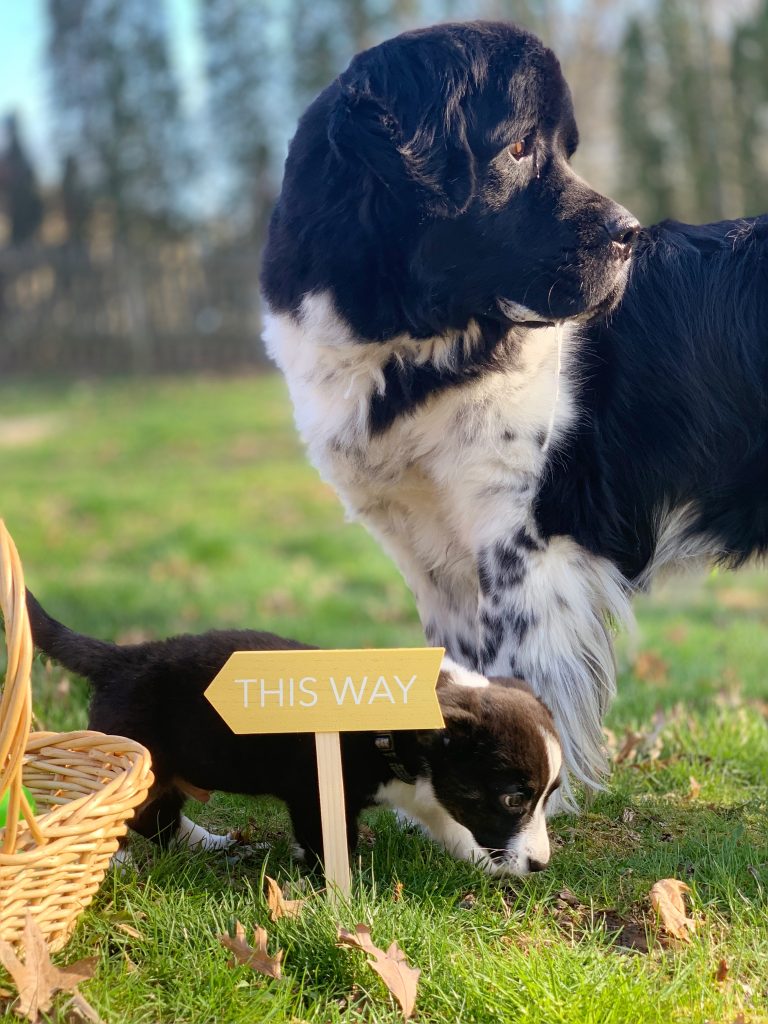 He jumped out of the basket right on top of the sign and it snapped in half.

Then he proceeded to try and eat the sign.

Then he tried to eat everything on the ground.

Onto to the bunny ears. 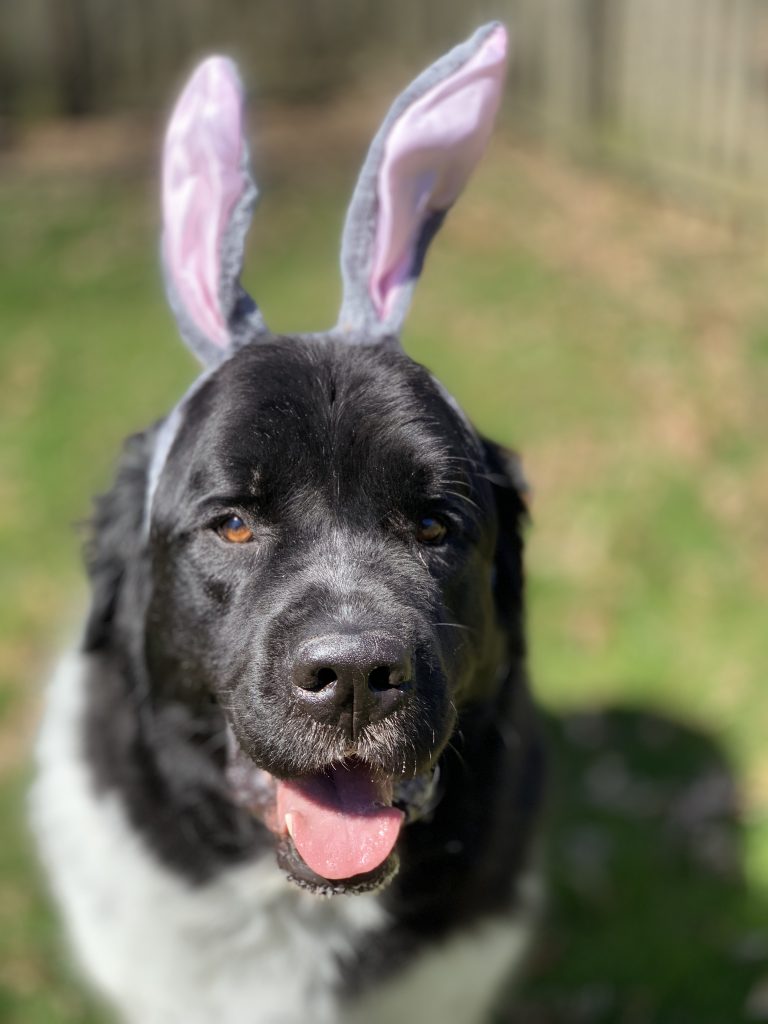 I honestly wasn’t going to do bunny ears this year.

It was something that I always did with Sherman and Leroy but I didn’t think that Odin was a bunny ear type of dog.

And I knew I wouldn’t be able to find ears small enough to fit Finn. 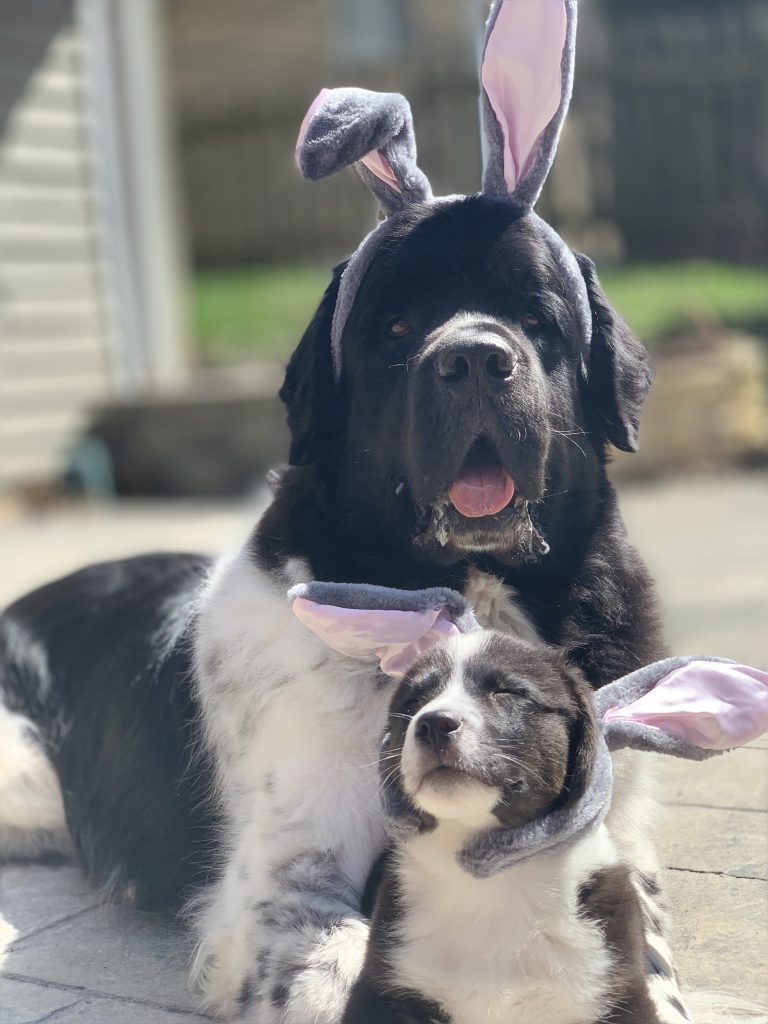 However, when I walked past them at the store and they were on sale, I couldn’t resist.

I really wanted black bunny ears but those aren’t easy to find so I settled for the next best color for black and white dogs and settled for grey. 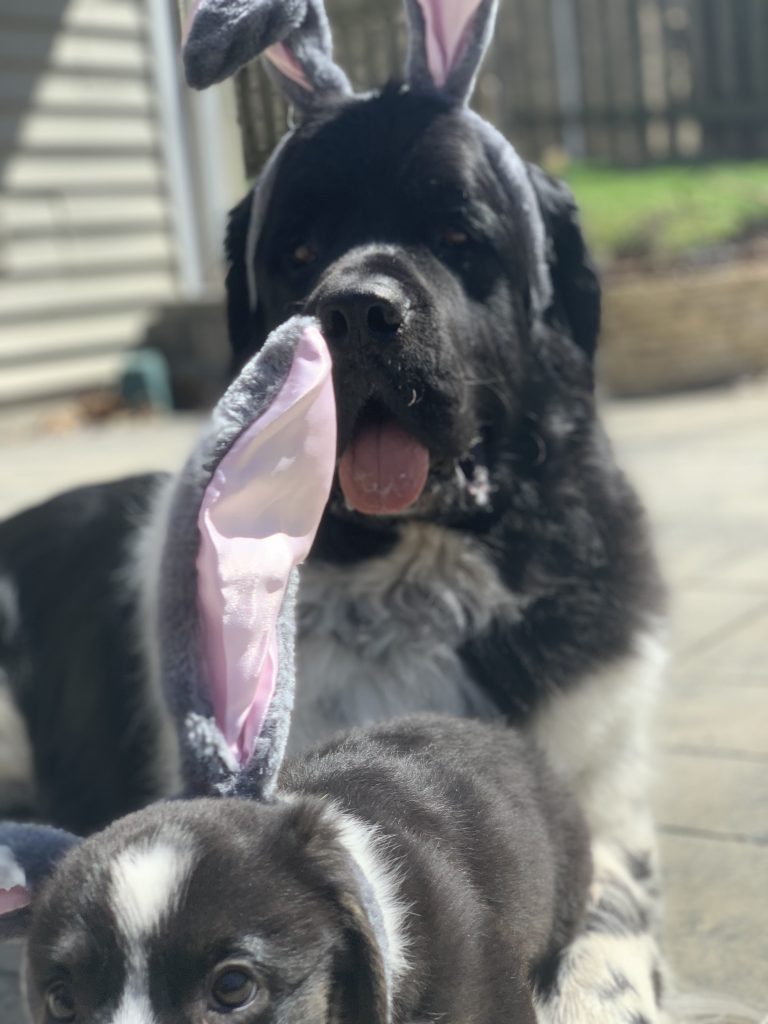 Odin mastered how to look like a dork in the bunny ears right from the start.

And Finn’s ears were of course, way too big.

They would have worked long enough for a picture if he just would have sat still! 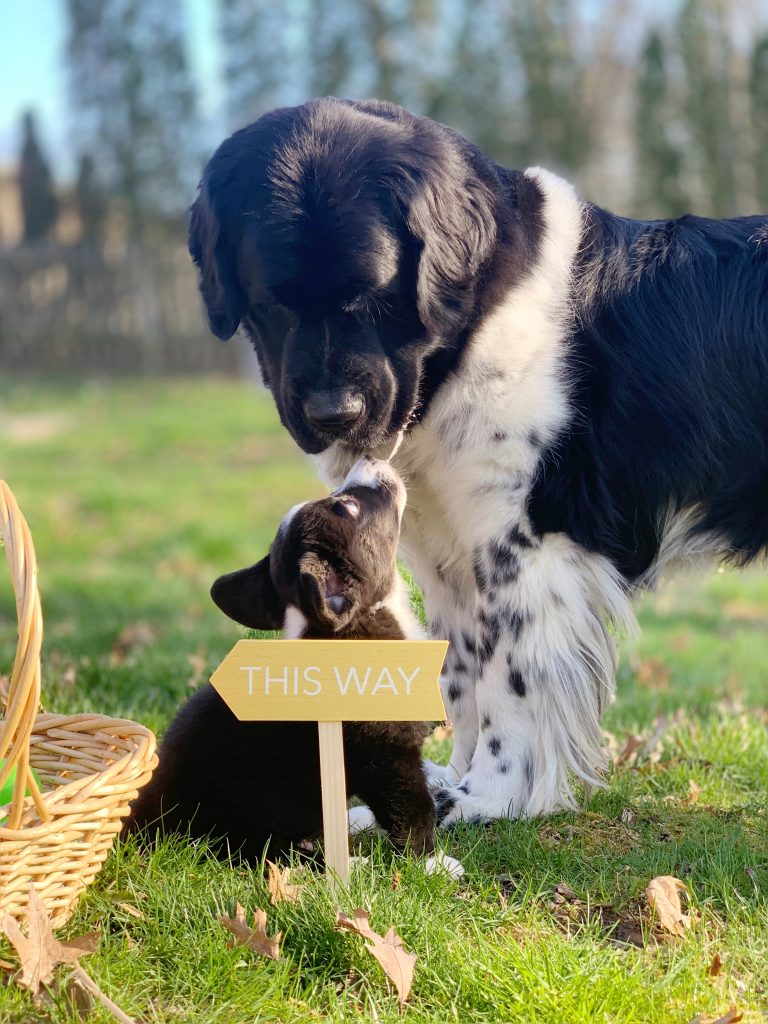 And dog bloopers wouldn’t be complete without some slobber. 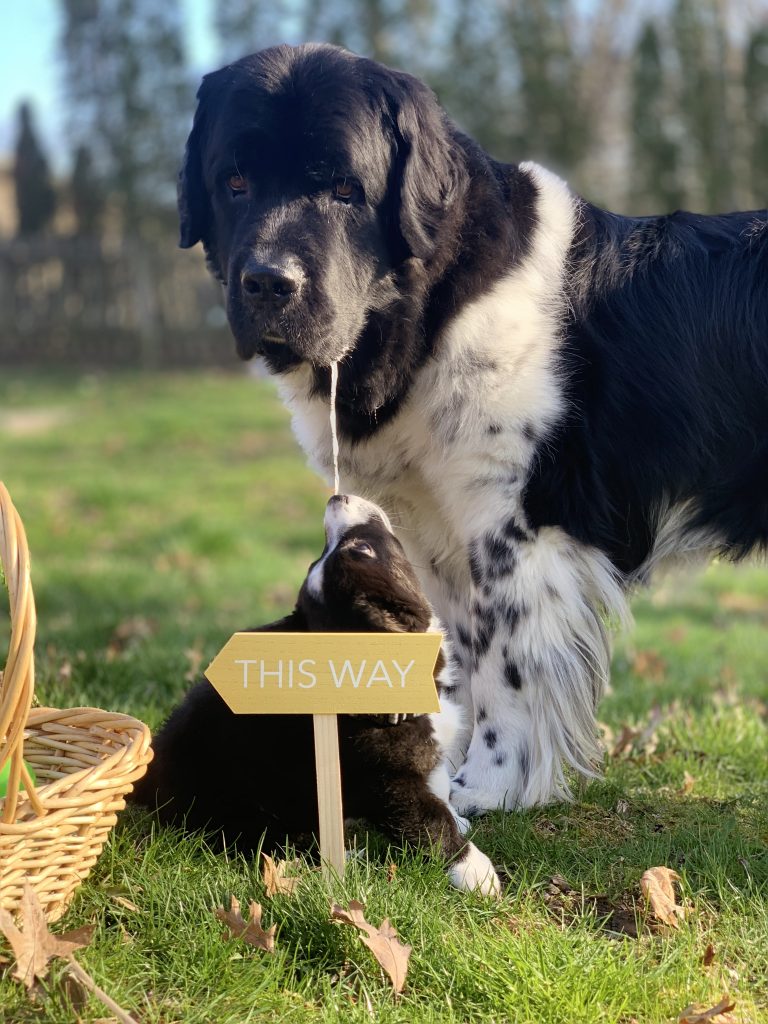 If there’s a flooger, Finn is on it.

He doesn’t seem to mind being slimed and he prefers the floogers with bits of cookie mixed in. 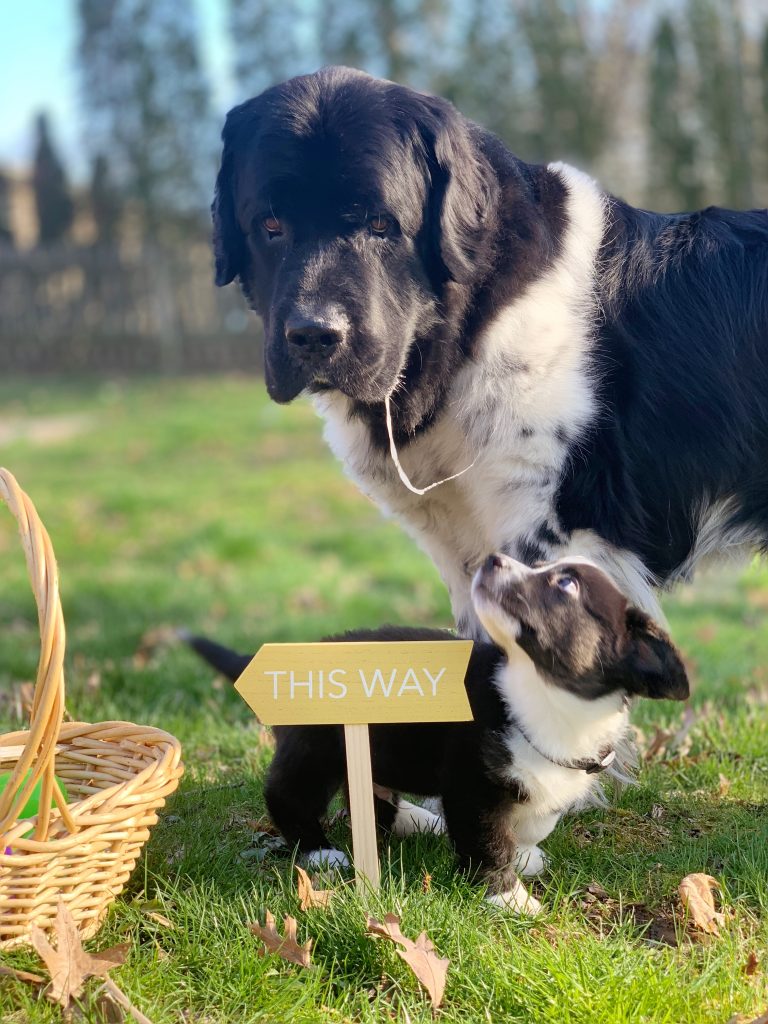 At least my dogs can’t read. 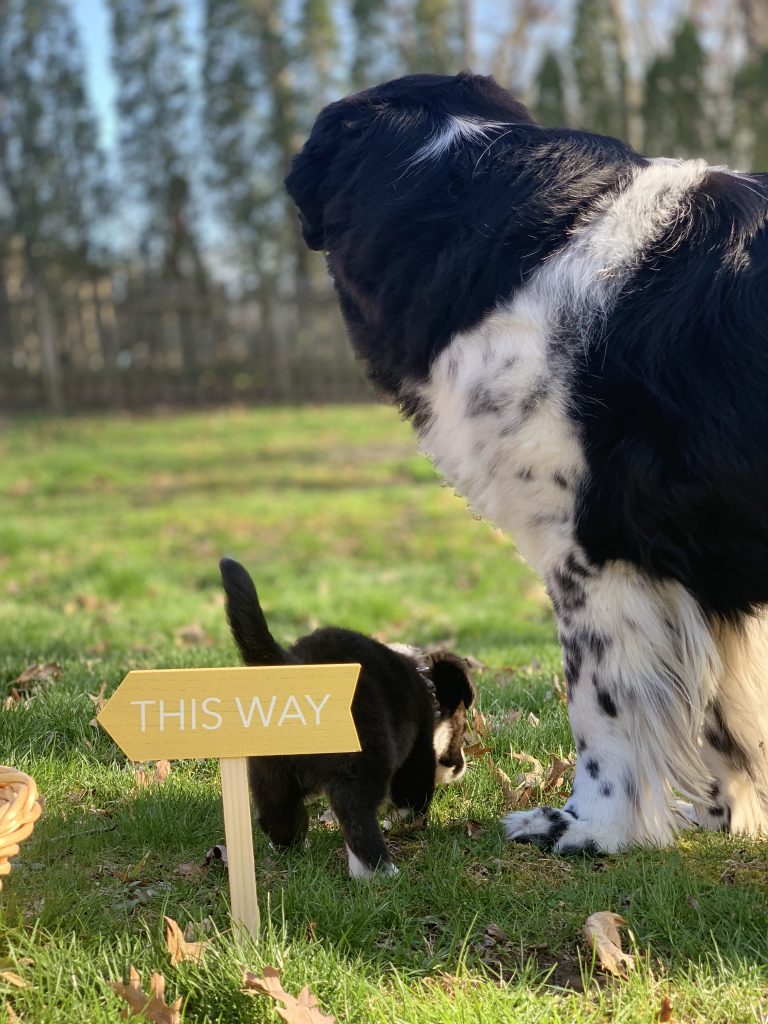 If I had a dollar for every time I had to move these signs I would be one rich dog mom!

I hope you enjoyed our spring dog bloopers and much I did and that they brought a smile to your face.

Happy Easter Weekend to all of our friends that celebrate and Happy Passover too! 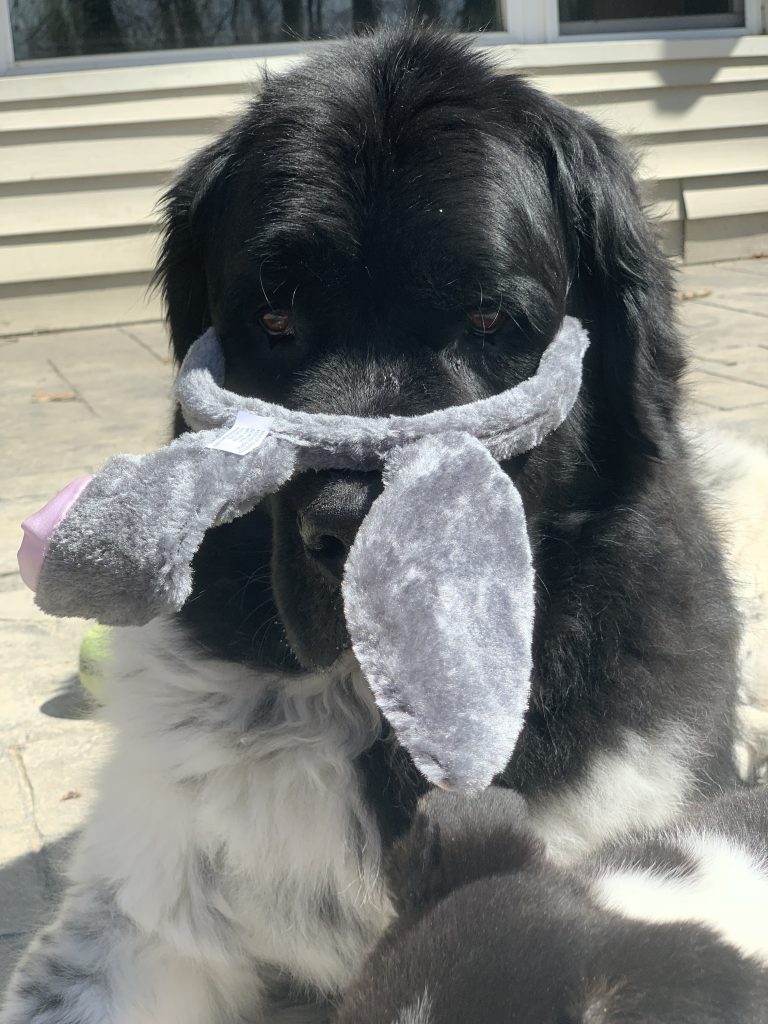 My Visit To Dog Mountain And The Dog Chapel

4 Ways To Manage Your Dog’s Dry Skin In Winter