Epitaph to a Dog is a poem written by British poet Lord Byron. The poem is also referred to as “Inscription on the Monument to a Newfoundland Dog”

It was written in 1808 in honor of his Newfoundland dog, Boatswain, who had just passed away of rabies.

When Boatswain contracted the rabies disease, it is said that Byron nursed him without any fear of becoming bitten and infected.

The Epitaph to a Dog poem is inscribed on Boatswain’s massive tomb at Newstead Abbey, Byron’s estate in the garden.

The sections above the poem form a memorial eulogy to Boatswain, and introduce the poem.

A letter of 1830 by Hobhouse suggests that Byron had planned to use the last two lines of his poem by way of an introductory inscription, but preferred Hobhouse’s comparison of the attributes of dogs and people.

Most Newfoundland dog owners are familiar with this poem but I thought I would share it in honor of National Rainbow Bridge Remembrance Day. It’s a fitting tribute not only for Newfoundlands that have passed but for any dog that has passed, plus it gives me the chance to share more pictures of Sherman.

It also makes me smile to think that over 200 years later the Newfoundland can still be described as the same amazing breed that Lord Byron knew.

Don’t be sad on this day! Remember your pet with smiles and tons of love. 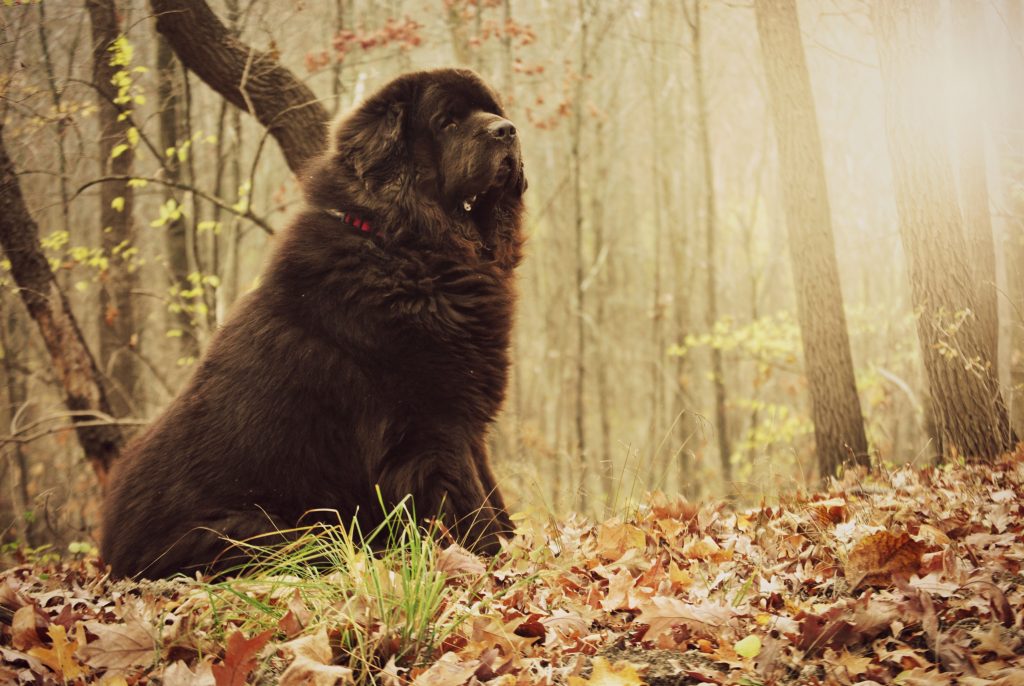 Near this Spot
are deposited the Remains of one
who possessed Beauty without Vanity,
Strength without Insolence,
Courage without Ferocity,
and all the virtues of Man without his Vices.

This praise, which would be unmeaning Flattery
if inscribed over human Ashes,
is but a just tribute to the Memory of
Boatswain, a Dog
who was born in Newfoundland May 1803
and died at Newstead Nov. 18th, 1808 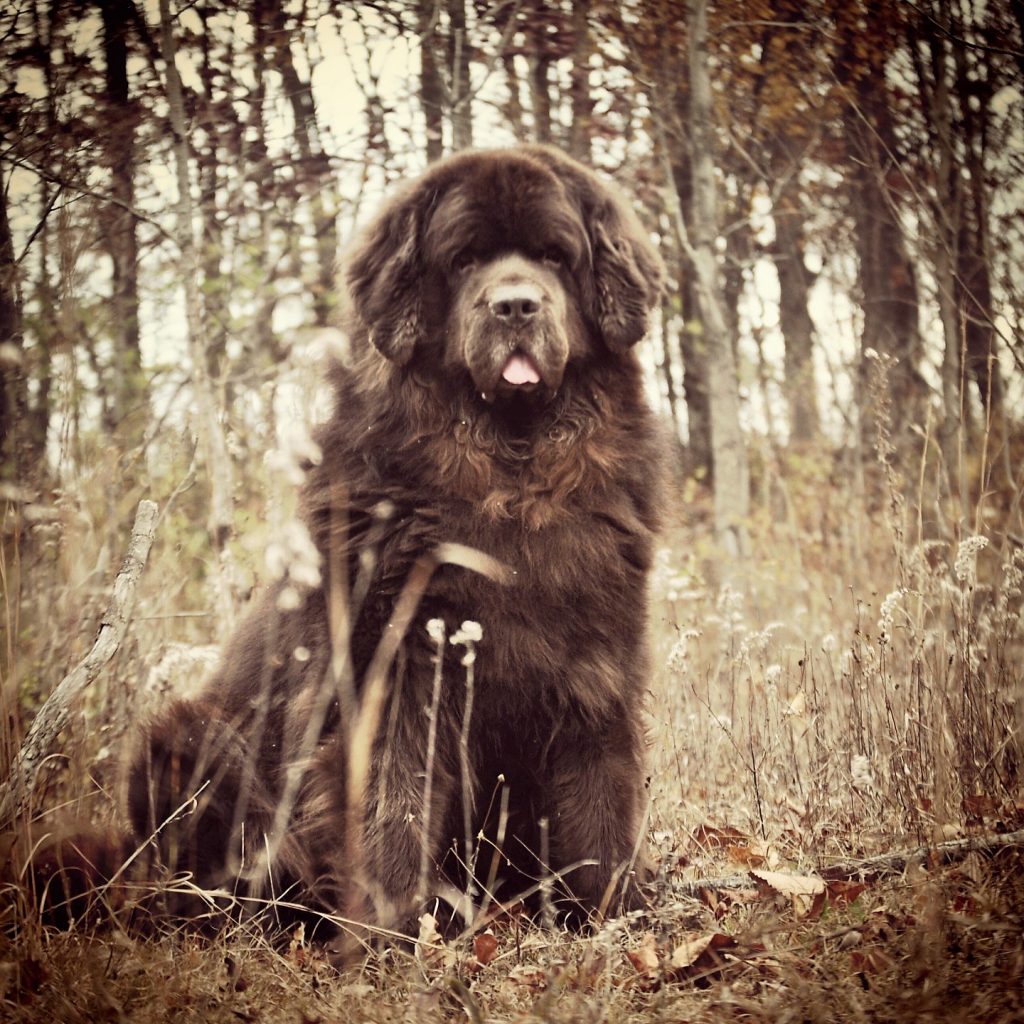 When some proud Son of Man returns to Earth,
Unknown to Glory, but upheld by Birth,
The sculptor’s art exhausts the pomp of woe,
And storied urns record who rests below.
When all is done, upon the Tomb is seen,
Not what he was, but what he should have been.
But the poor Dog, in life the firmest friend,
The first to welcome, foremost to defend,
Whose honest heart is still his Master’s own,
Who labours, fights, lives, breathes for him alone,
Unhonoured falls, unnoticed all his worth,
Denied in heaven the Soul he held on earth –
While man, vain insect! hopes to be forgiven,
And claims himself a sole exclusive heaven. 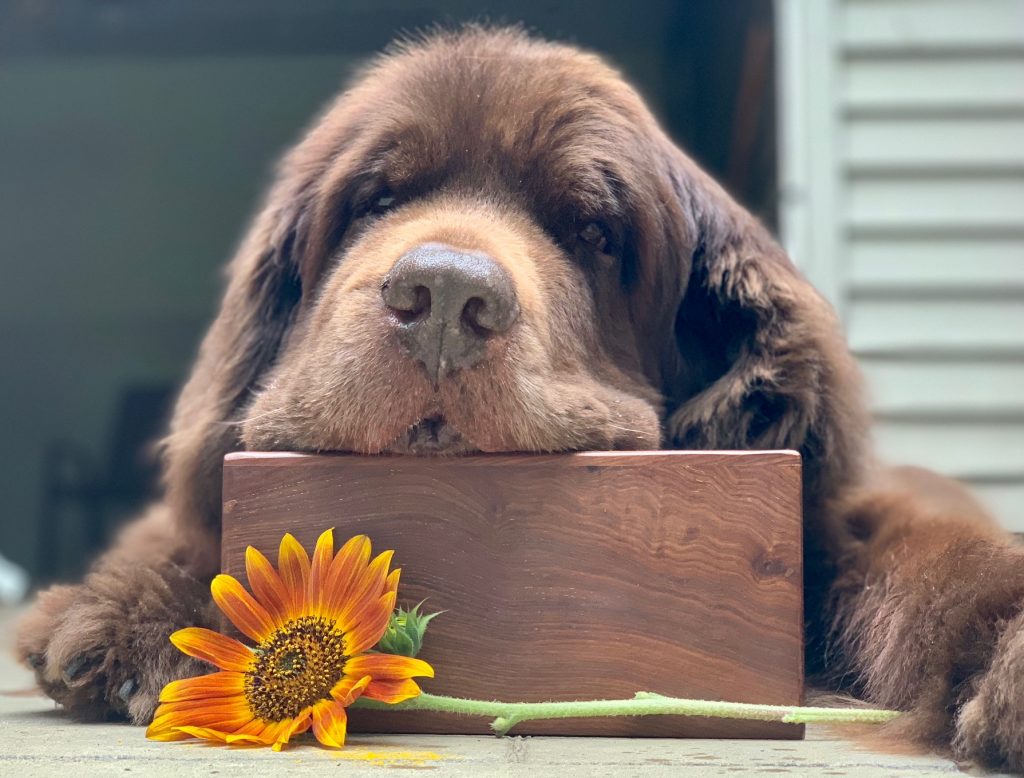 Oh man! thou feeble tenant of an hour,
Debased by slavery, or corrupt by power –
Who knows thee well, must quit thee with disgust,
Degraded mass of animated dust!
Thy love is lust, thy friendship all a cheat,
Thy tongue hypocrisy, thy heart deceit!
By nature vile, ennobled but by name,
Each kindred brute might bid thee blush for shame.
Ye, who behold perchance this simple urn,
Pass on – it honours none you wish to mourn.
To mark a friend’s remains these stones arise;
I never knew but one — and here he lies.

Should I Get Gastropexy To Prevent Bloat In My Dog?