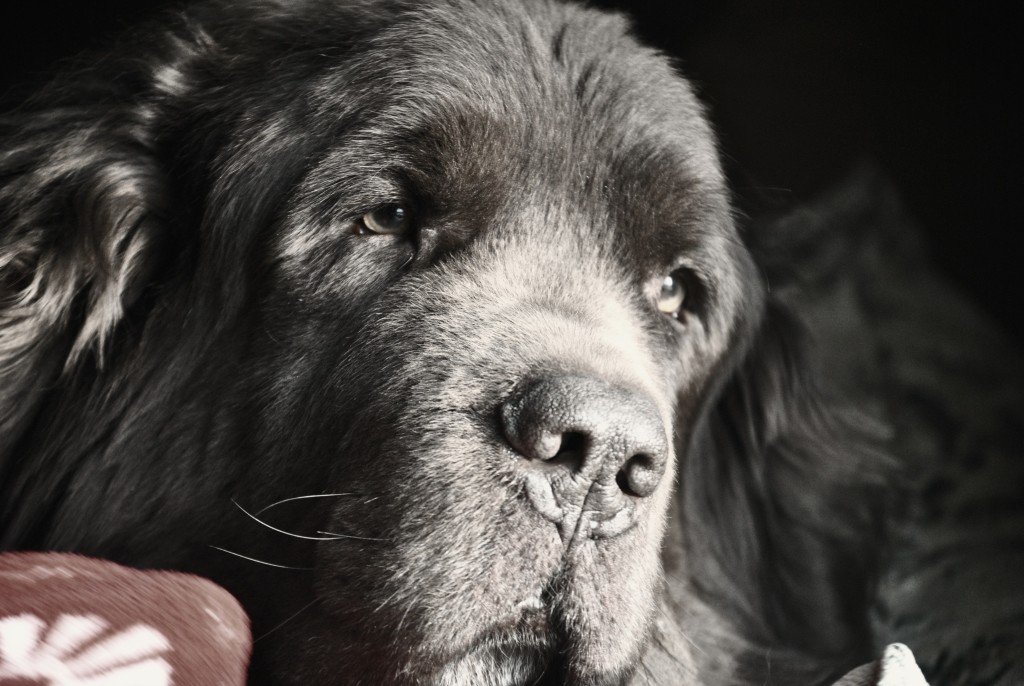 When Leroy was first diagnosed with IBD I was terrified.

I was happy that we finally had a diagnosis but that diagnosis was a scary one and one that I wasn’t familiar with.

I knew that IBD could be a deadly condition for dogs and Leroy was about as sick as they come.

To be honest, he was knocking on death’s door but thankfully death was out of town

When Leroy was released from the hospital it wasn’t because he was all better it was because there was no more treatments left to be given and Leroy was beginning to get depressed so sending him home was the best and only thing that could be done.

Leroy was sent home with some medications along with a wish and prayer.

Since IBD can’t be cured, only managed, over the last several months I’ve gone over all the signs that may have been overlooked prior to Leroy’s diagnosis so that I can be on top of it if they show up again.

SIGN #1-Picky eater.  Before Leroy was diagnosed with IBD he had a history of being very picky about his food. One day he loved it and the next day he couldn’t even look at it. Leroy hasn’t’ refused his food since he’s been diagnosed. That’s almost 7 months straight that he’s been eating well. That’s a lifetime achievement for him. If he stops eating there’s a problem. We were lucky that the first food we opted to feed Leroy after his diagnosis worked.  Honestly, I didn’t want to feed the prescription diet that was recommended and I even consulted with a canine nutritionist about it. It went against everything that I trained my mind to think was good for my dog. All that goes out the window now because right now, today, this food has kept Leroy alive. Nothing that anyone can say will make me stop feeding it. The only one who gets to tell me that it needs to change is Leroy.

SIGN #2-Diarrhea. Diarrhea can be caused by many things but from now on it will be a HUGE red flag for Leroy. I thought I was bad before with poop monitoring but now I’m on the obsessive side. I have to physically see Leroy poop at least once a day so I know that it’s normal. I stalk him from the window and he knows I’m stalking him because he will make direct eye contact with me when he goes to unload. There’s a problem with that though. If Leroy’s making direct eye contact with me when he’s pooping, I can’t see his butt. He needs to be positioned sideways or facing the other direction for me to get a good look. I think he knows this which is why he makes it a point to look at me when he’s pooping. Kind of like, “Lol. You have to come outside now to see if my poop is normal.” Which isn’t that big of a deal because I go out almost everyday to pick up poop anyway. It’s more annoying that my dog is controlling when I go out to do it and he knows it.

SIGN #3- Gurgling stomach. For months Leroy’s stomach was making some crazy loud noises. I would lay down next to him sometimes and just cringe at the noises that were coming from his stomach. It seemed very angry and I knew it couldn’t be good but Leroy never seemed phased by it and the vet just chalked it up to his stomach needing to settle down after the surgery. For the past few months I have barely heard a peep from Leroy’s stomach. His stomach seems happy again. If the noises return that will be a sign that his stomach isn’t happy.

SIGN #4- Edema. While this was something that had been taking place for awhile before Leroy was diagnosed, I will never forget it so I’m constantly squeezing the areas where the edema was the worse. His ears, his legs and his stomach. I always remember to check his legs at an odd time so the sight is usually me bending completely over him groping his legs. Luckily I’m usually in the comfort of my own home so the only ones who look at me funny are my family members. Luckily they don’t judge. I check his ears whenever we are playing. It’s totally annoying to Leroy but he lets me do it.

I would love to say that another sign would be lack of energy but Leroy didn’t give me that sign until he was knocking on death’s door so I’m not relying on that at all. Leroy will go for a walk if he can stand, it doesn’t matter how crappy he feels. I’ve come to realize that there are a lot of dogs out there like that.

The signs that I keep an eye out for are typical signs that any dog can have at any time for minor medical issues but for Leroy these can mean that his IBD is flaring up and prompt medical attention may be needed. While Leroy continues to improve, I’m not sure if his body could handle another flare up at this time so we watch him like a hawk and continue to hope for the best. This month we celebrate his hair starting to grow back. The bald patches are slowly disappearing and his undercoat is starting to come back.