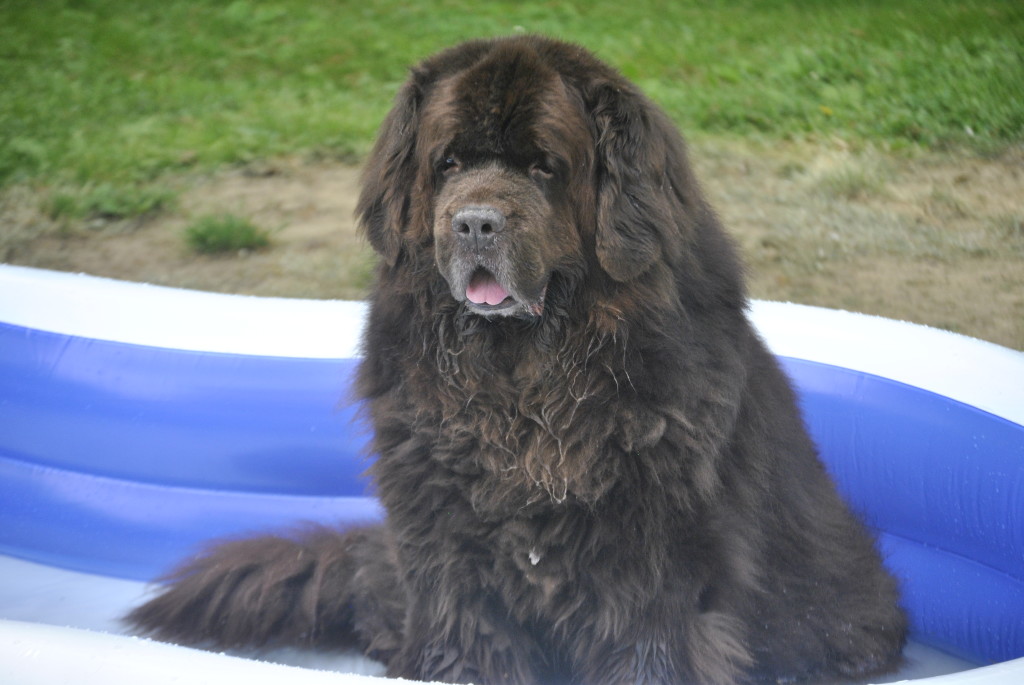 30 days ago it was snowing and now it’s blistering hot.

I’m not complaining, believe me. It’s just a small adjustment.

I deal fine with the heat, it’s the dogs that I worry about.

Sherman more so than Leroy.

He may be getting more handsome in his old age but he’s not melting away the years.

That’s why we headed out to the store last week to get him anew pool.

We knew that we were going to be doing a lot of yard work over the long weekend and that the dogs would be outside with us by choice in 85+ temps.

Sherman didn’t really need a new pool but his old hard plastic pool has dead spiders in it so that’s just yuck. 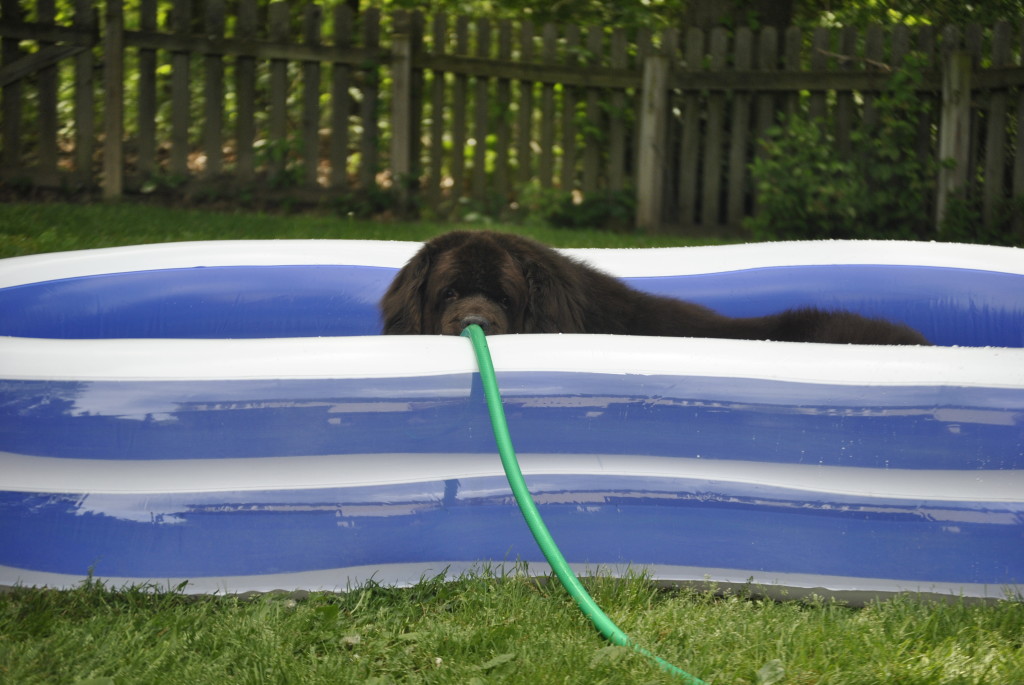 My husband suggested that he could just rinse them out and I told him that my fear of spiders wouldn’t allow that so rolled his eyes and accompanied me to the store.

My plan was to get Sherman the same hard plastic pool but my husband refused to spend money on a spider-free pool that was exactly the same as the spider-filled pool.

So we looked around at the softer plastic pools. The ones that I always avoid because they are expensive and I don’t know how well they would hold up to dog nails. 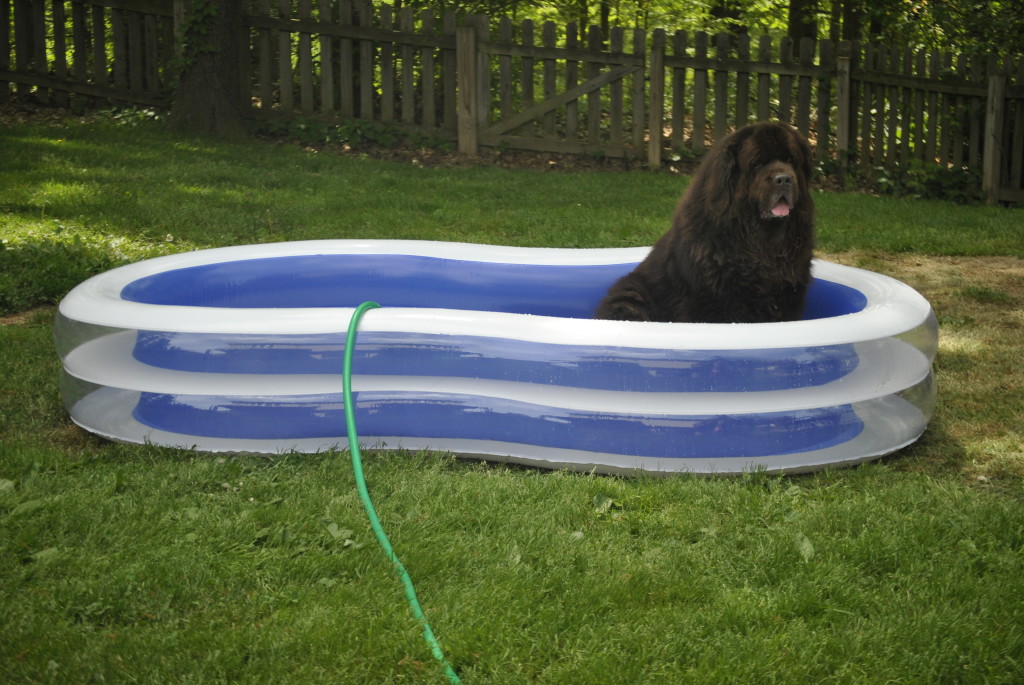 It was  a nice pool for 8 bucks and my husband agreed. Even if he did put a hole in it with his nails, we only wasted $8. 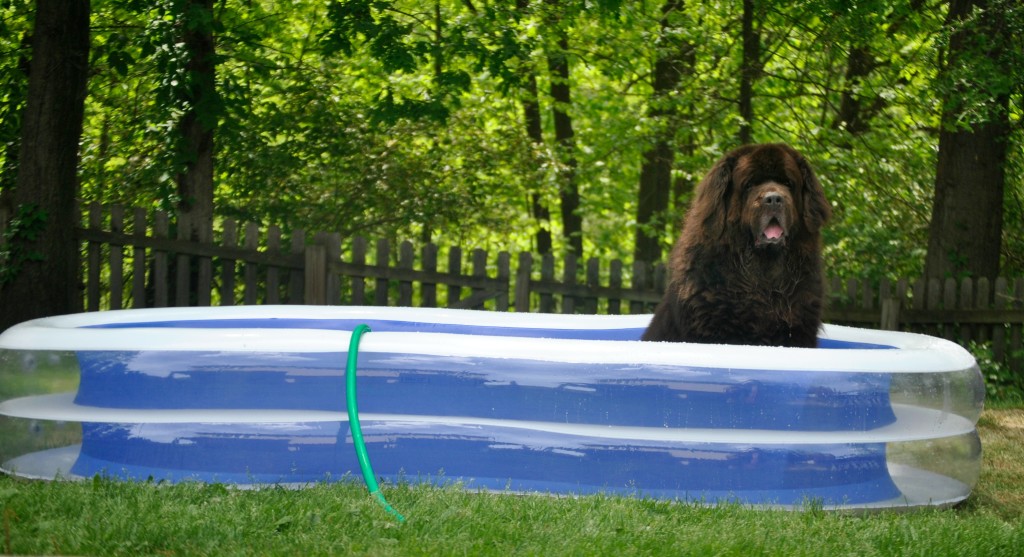 “What kind of dog do you have?” the cashier asked.

“A Newfoundland.” I responded asI showed her Sherman’s picture.” (It’s not hard, his picture is my screensaver 🙂

And the cashier went on to say how cute and fluffy he was. Then she said, “Well he needs this pool. We’ll just change the price to $7.98.”

Yeah she did. Yes!

So we thanked her for her kindness and went on our way with ginormous dog pool and big smiles on our faces.

Later that day I set the pool up for Sherman and he loved it.

So what about you, has your dog ever gotten you a deal?

p.s. A lot of people have asked if his nails rip the pool. I’ve never had this type of pool for that reason BUT Sherman used this pool all weekend and it is still fully intact with no holes. I would think they would really have to be digging in it to really rip it.

10 Tips For Taking Fantastic Fall Pictures Of Your Dog