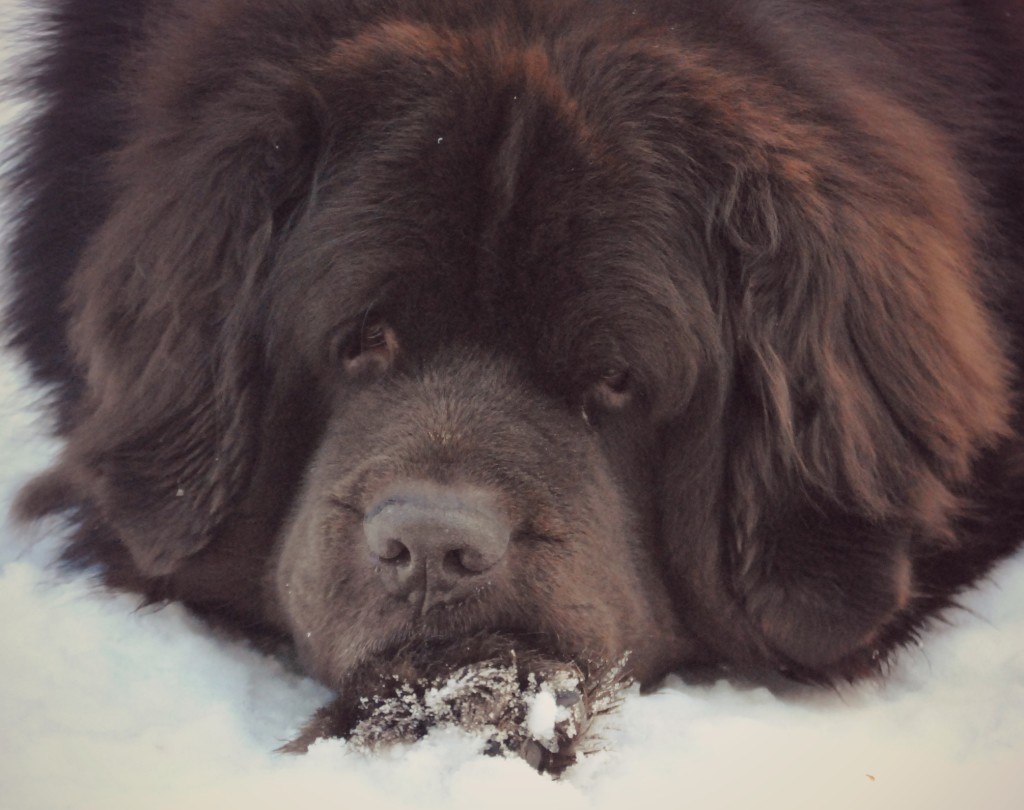 Even though Sherman’s unexplained illness that he suffered from last month is water under the bridge I still think about it from time to time.

If we would of been given a definite diagnosis, I don’t think it would be an issue, but since no one really knows what happened I still wonder.

Now if you would of asked me when all this was going on if it was possible that Sherman had the flu I would of told you it’s not likely, despite the fact that my whole household was sick with the flu a few weeks prior and Sherman was often found sticking his nose in my face to check and make sure I was still alive while I rested on the couch, I still would of said it’s not likely.

Dogs can’t get the flu from humans, or so we have been told in the past.

“Reverse zoonosis” , the transmission of an infectious disease from people to animals, is still poorly understood but has raised concern among some scientists and veterinarians, who want to raise awareness and prevent further flu transmission to pets.”

“It’s well known that new strains of influenza can evolve from animal populations such as pigs and birds and ultimately move into human populations, including the most recent influenza pandemic strain, H1N1. It’s less appreciated, experts say, that humans appear to have passed the H1N1 flu to cats and other animals, some of which have died of respiratory illness.”

“There are only a handful of known cases of this phenomenon and the public health implications of reverse zoonosis of the flu remain to be determined, but as a concern for veterinarians, it has raised troubling questions and so far, few answers.”

“The first recorded, probable case of fatal human-to-cat transmission of the pandemic H1N1 flu virus occurred in Oregon in 2009. Details were published in Veterinary Pathology, a professional journal. In that instance, a pet owner became severely ill with the flu and had to be hospitalized. While she was still in the hospital, her cat – an indoor cat with no exposure to other sick people, homes or wildlife – also died of pneumonia caused by an H1N1 infection.”

“Since then, researchers have identified a total of 13 cats and one dog with pandemic H1N1 infection in 2011 and 2012 that appeared to have come from humans. Pet ferrets have also been shown to be infected, and some died. All of the animals’ symptoms were similar to that of humans – they rapidly develop severe respiratory disease, stop eating and some die. Serological studies suggest there is far more exposure to the flu virus in cats and dogs than previously known.”

This is extremely interesting to me because Sherman rapidly developed severe respiratory symptoms without a known cause and at one time I did ask if there was anyway Sherman could of gotten sick from us and was told it was a very slim chance.

I wish, I wish, I wish I would of pursued this more at the time, but to be honest I just wanted Sherman better.

“The researchers are surveying flu transmission to household cat and dog populations, and suggest that people with influenza-like illness distance themselves from their pets. If a pet experiences respiratory disease or other illness following household exposure to someone with the influenza-like illness, the scientists encourage them to take the pet to a veterinarian for testing and treatment.”

“The primary concern in “reverse zoonosis,” as in evolving flu viruses in more traditional hosts such as birds and swine, is that in any new movement of a virus from one species to another, the virus might mutate into a more virulent, harmful or easily transmissible form.”

“All viruses can mutate, but the influenza virus raises special concern because it can change whole segments of its viral sequence fairly easily.”

So did I pass along the flu to Sherman?

According to my vet, probably not.  The transmission phase of when we had the flu to when Sherman got sick was a bit too far apart and because pneumothorax was evident on the x-rays, it just isn’t likely.

How Not To Give Your Dog Pancreatitis This Holiday Season

Odin’s One Month Transition To His Forever Home