A commercial dog breeder is someone who produces dogs solely to make a profit.

There’s no love there, just greed.

They are often referred to as a backyard breeders, puppy millers or USDA Breeders. They differ from responsible breeders because they care nothing about the breed of the dog that they are producing and more about how many dogs they can produce and how much money they can make. They don’t care about healthy puppies. They don’t care about YOU. They give you a puppy and never want to hear from you again. They sell their puppies to dog brokers who sell to pet stores.

They do not do genetic health testing for the breeds that they are breeding. They don’t offer long-term health guarantees. They breed every heat cycle, with no concern for the bitches health. The dogs are not cared for properly. They often live in cramped dirty areas, have no vet care, are not proper socialized, are not fed properly and are not groomed properly. They are not loved. They aren’t taken for walks or given toys to play with. No special treats, no birthday wishes. No fun adventures.

Here’s a few Newfoundlands that recently came from a commercial Newfoundland dog producer back in December. A breed that thrives on companionship. A breed that is defined by its temperament: Sweetness of temperament is the hallmark of the Newfoundland; this is the most important single characteristic of the breed. 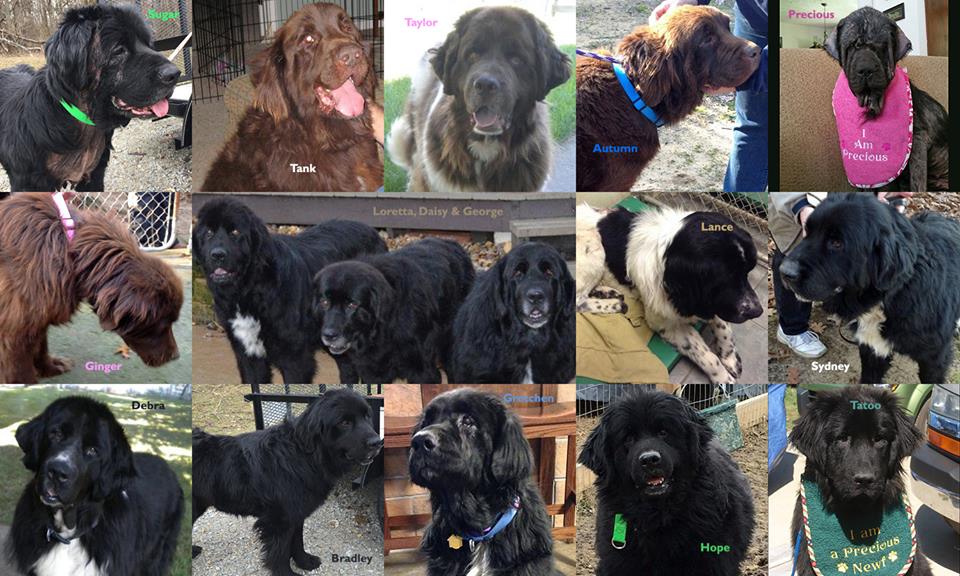 There was actually 44 of them.

Most of them have moved into their forever homes but 15 still remain in foster care due to medical issues.

“ When the first request to surrender several Newfoundlands was received by the Newfoundland Club of America’s Rescue Service, a team of foster caregivers and veterinarians was quickly assembled for this huge challenge. But no one on the Rescue team was prepared to see the living conditions these dogs endured. A longtime Michigan commercial dog producer died in October, 2014. He produced many, many Newfoundlands over at least two decades. His family asked NCA Rescue for help with the dogs left behind when he died.
Since last December, 44 Newfoundlands from this producer have entered NCA Rescue. Extended foster care has been necessary to prepare these Newfs for placement into loving homes. While most dogs have transitioned into their forever homes, fifteen Newfs remain in our foster care and are receiving intensive treatment for skin allergies, eye diseases, and for mental rehabilitation to begin to build a bond of trust with humans again. So far, the NCA’s Rescue Fund has sustained over $47,000.00 in expenses for these Newfoundlands”

$47,000 so far in medical expense. On one commercial dog producer’s stock.

This producer had 44 Newfs that they bred for a profit without any concern for the well being of those dogs.  These are the people that hurt dogs. They hurt our breed.

This is the work of a commercial dog producer.

These are the people that we want to stop BUT right now we need to help the Newfs that are in need because of this person’s reckless practice.

Here’s how you can help: 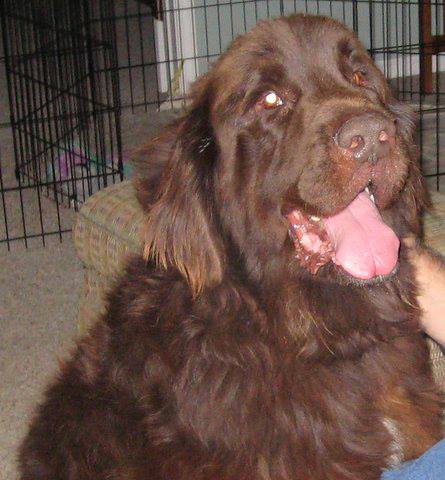 He’s one of the 44 Newfs that were rescued. His sweet face speaks to you doesn’t it? I think he still needs a home when he’s ready 😉

**Updated  “Tank, an elderly gentleman with major orthopedic issues, did indeed find an awesome home but sadly passed away just a few months later. His heart was full from the love he received in what was way too short of time, but he lived it to his fullest and pain free, due to the loving care of his adoptive family.”

P.s. You may have gotten a Newfie from this producer or one like them. We’re not here to bash that. Today we are here to help these Newfs in need. You keep lovin your beautiful Newf.

p.p.s. This is all I know about this situation. They came from Michigan and are under the care of the SCNR.

How Not To Give Your Dog Pancreatitis This Holiday Season
Tags: Dog, Foster Care, Pet, vet

How We Decided On A Tick Control Product For Our Dogs