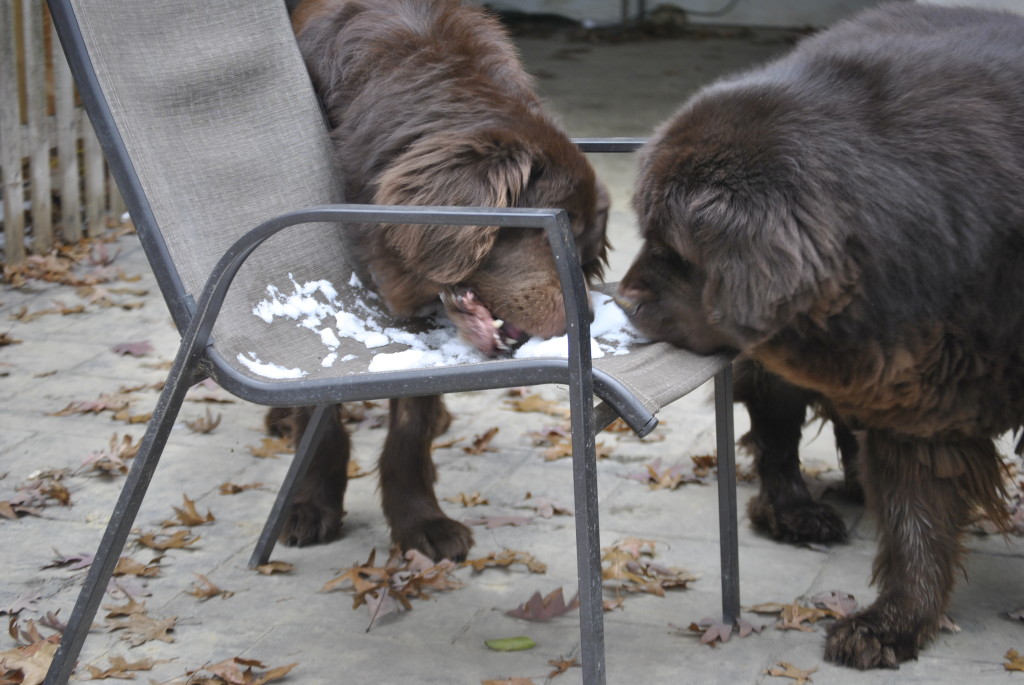 The snow came before I had a chance to put the patio furniture away last week and an unfortunate chair took on a little bit of the white stuff.

After a few days all the snow melted in the yard expect for the snow on the chair and Sherman and Leroy decided they would eat the remaining remnants. 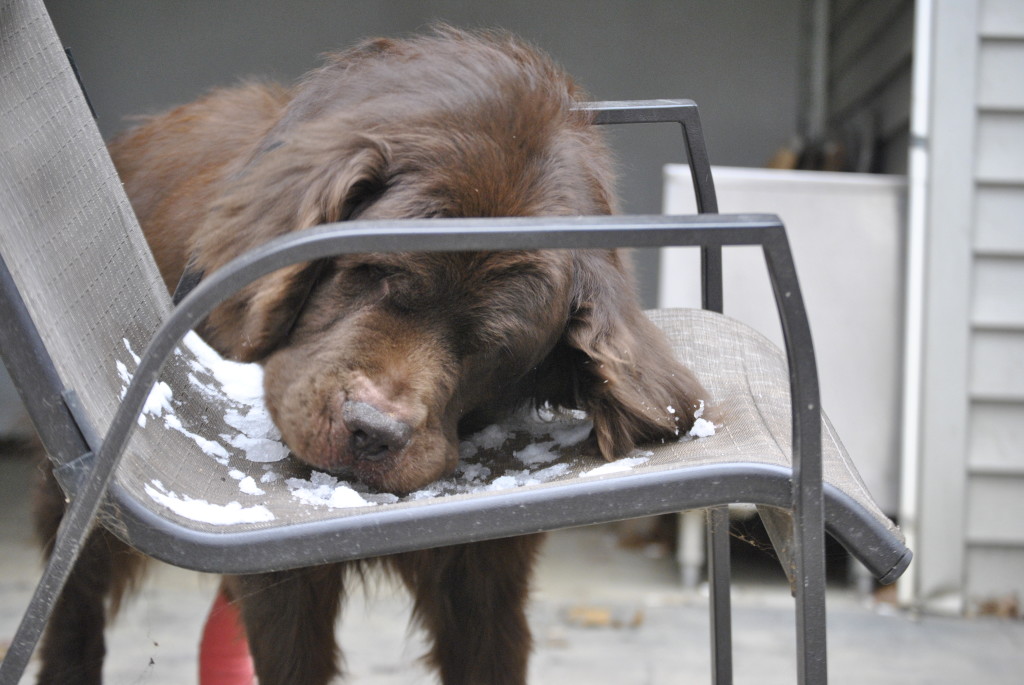 Leroy decided he could get more snow if he stuck his head under the arm of the chair.

I muttered from the window that I didn’t think that was a good idea and shook my head because I knew his head wasn’t going to come out as easy as it went in.

And I was right. 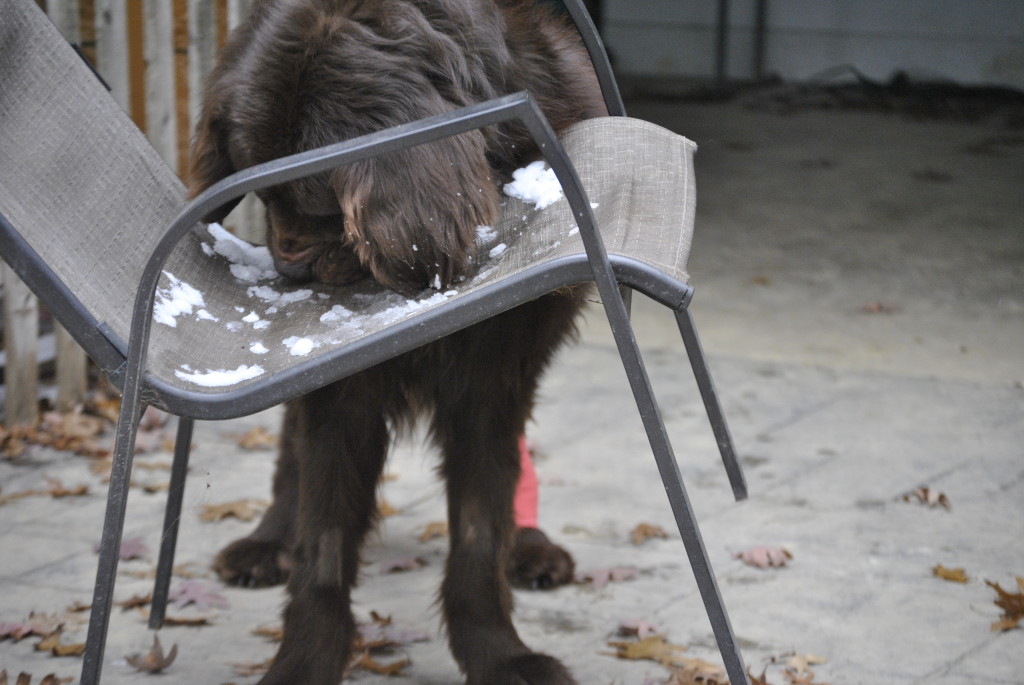 His head got stuck.

I watched him for a minute before I went out to release him because I was curious to see what he was going to do.

He wasn’t at all concerned and just nonchalantly walked around with his head stuck in the chair. 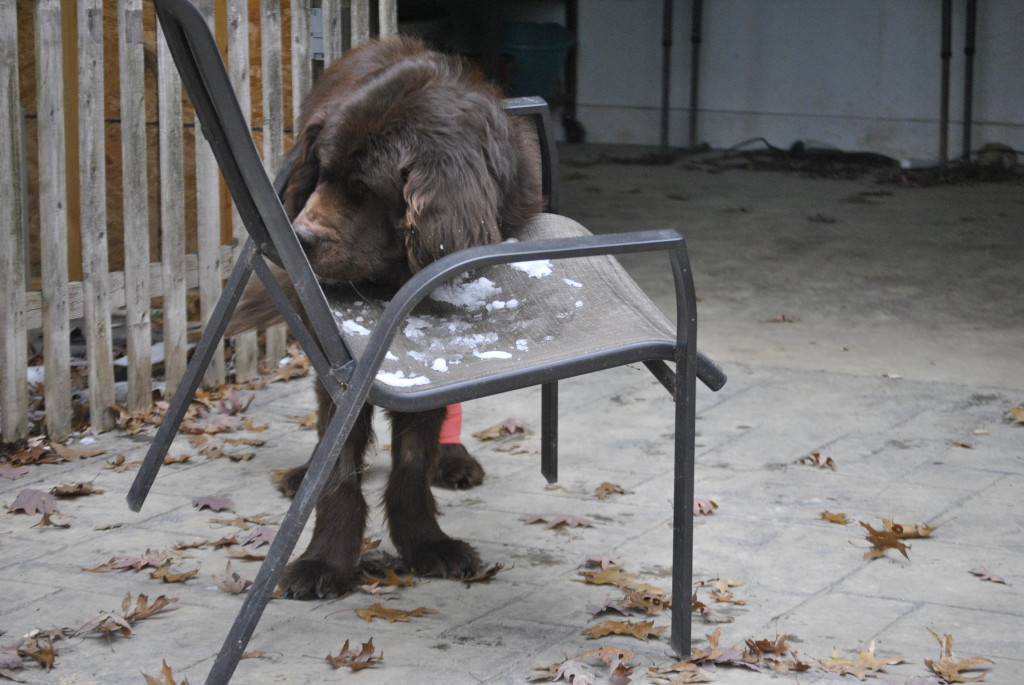 And the craziest thing about this is that when this incident happened I did not have my camera or phone with me.

This is a recreation.

And this is exactly why Leroy needs constant supervision.

p.s. For those who weren’t following on our Facebook page-Leroy’s recheck appointment did not go as well as I hoped. He has lost another 5 pounds bringing his weight down to 117 pounds. His albumin and total protein levels were the same as his last recheck which means his protein is in the normal range but his albumin is still sitting a bit below normal so we have to continue with the steroids for an undetermined amount of time. Next recheck is after the holidays. I’m super bummed about the weight loss and I was bummed about his levels not changing but then I realized that things could be a lot worse. The vet explained that Leroy’s body is still recovering and working over time to do so. We will increase his calories and hope that he can start to gain weight.

p.p.s Thank you to everyone for the birthday wishes for Sherman! I’m kind of bummed that Sherman week is over!

Sherman Gets A New Pool And Life Is Good

A Letter To My Dog’s First Owner