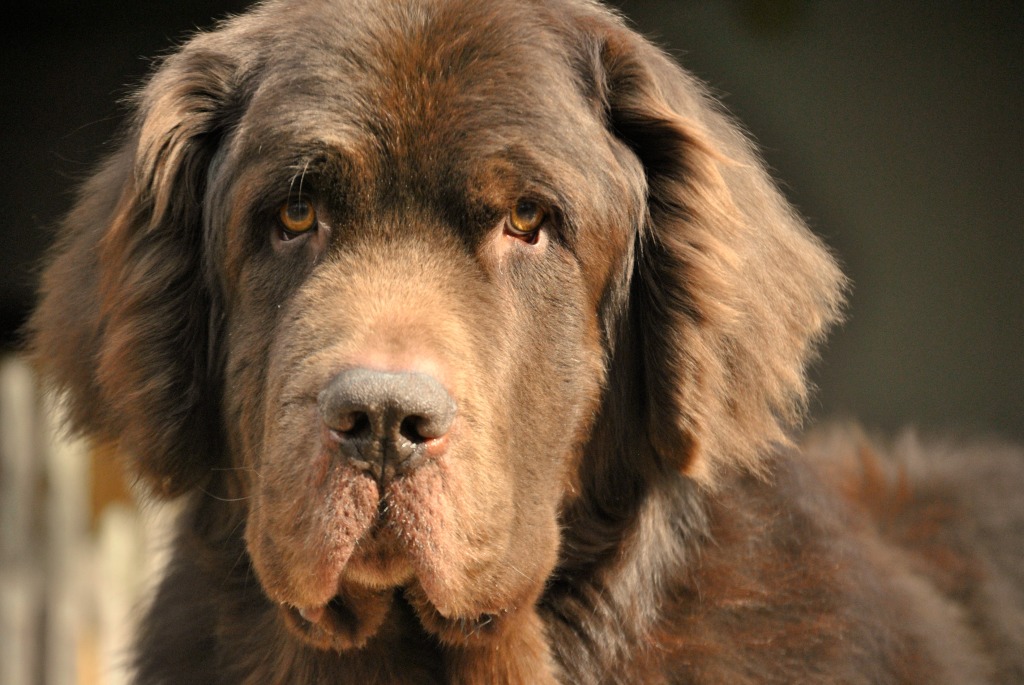 Today I take Leroy in for another check of his weight, albumin levels and protein levels.

I’m kind of torn on how he’s doing right now.

Everyday he gives me signs that I’m getting the old Leroy back.

Yesterday he jumped in bed to wake me up which is something he hasn’t been strong enough to do in quite a few for months.

Monday we went for our longest walk that we’ve been on for months and while he seemed to walk a little slower I could tell he loved every second of it.

His appetite is awesome and his poops are normal.

Leroy’s a lot more lovely dovey than he use to be with me. When I’m sitting down he comes up to me and rests his head on my knees and he’s always close by, where as before he use to keep more to himself. 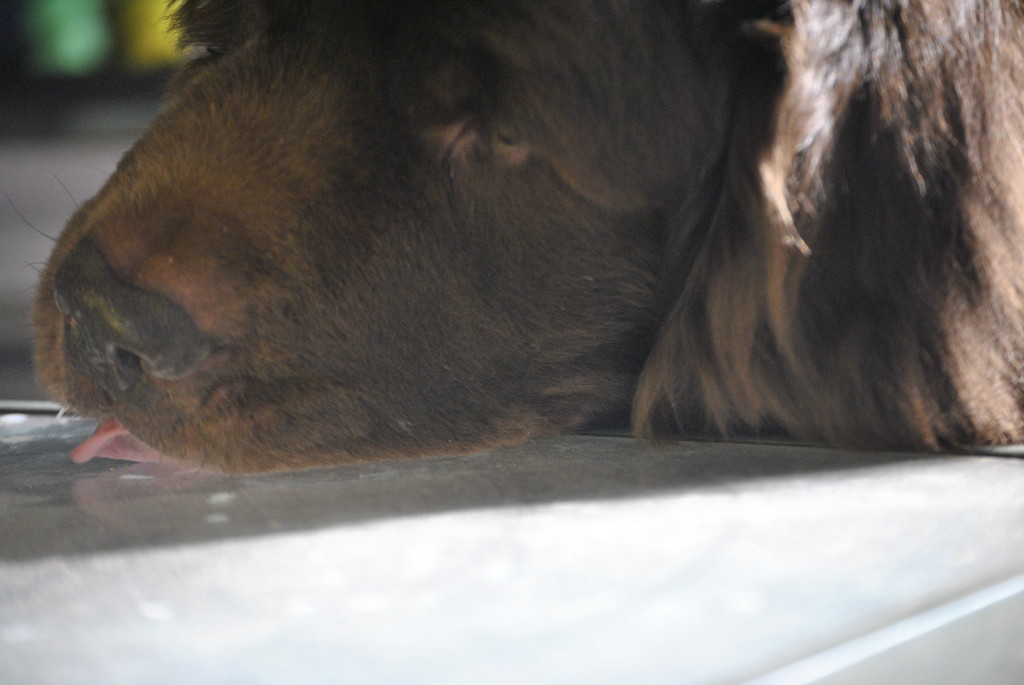 On the other hand,

Leroy is getting himself into trouble again with eating things that he shouldn’t. I don’t know if it’s because he’s not feeling well, or because of the steroids or because he’s just hungry.

Over the last 2 weeks he’s eaten part of a fire starter log, a box and part of a CD case. None of which are good for a damn dog with IBD. He ate so much of the cardboard box that he’s been pooping it out for 5 days now which makes me not so concerned that the plastic from the CD case will puncture his intestines because his intestines are coated with cardboard.

Amazingly, the firelog is considered mildly toxic to dogs and he only ate a small amount but that call from my husband made me cry.

I can’t understand why he is eating these things.

The firestarter logs have been sitting in a box by our fireplace for over a year. The box that he ate has been sitting behind our bar for at least 5 years and the CD case was on top of the bar, which isn’t within Newfie mouth range unless some Newfie jumps up on the bar.

I really want to lean towards the cause being the pred because pred can do funky things to dogs when they are on it long term. Leroy’s on the lowest dose he has been in 2 months and hopefully we will continue to be able to decrease it.

Unfortunately, Leroy is now confined to his cage when we are not home and is under strict supervision when we are home.

There’s the thought that maybe Leroy is bored also. Could be but there’s only so much we can do with that. I can’t take Leroy on our normal adventures because of the steroid use. Since his immunity is down I’m not going to expose him to anything I don’t have to. We’ve been going on our normal walks and those have been trying as he tries to eat what the litter bugs have tossed out their car windows. I’m always trying to stay one step ahead of him.

Part of me wonders if there is something mentally wrong with him. I mean I know he’s mental but I mean seriously, is there a loose wire in there somewhere?

Is he trying to kill himself? Can dogs do that? This Newfie did.

His body condition is concerning me also. Thin hair, skinny, muscle mass loss and the damn pressure sores that are proving to be a bitch to heal.

My hopes are that he has gained a few pounds. I’ll even take just 2 because that means we’re moving in the right direction. We’ve carefully calculated out his calories so I know he’s getting the required calories that he needs to safely gain weight.

That’s all I’ve got right now on Leroy. I’ll update on our Facebook page tomorrow after the visit and I’ll post an update here on the blog the week after next.

Next week is Sherman Week. It’s kind of like Shark Week but cuter and fluffier 🙂

What Unintentional Words Or Actions Does Your Dog Understand?

5 Ways To Stop Your Dog From Digging In The Yard