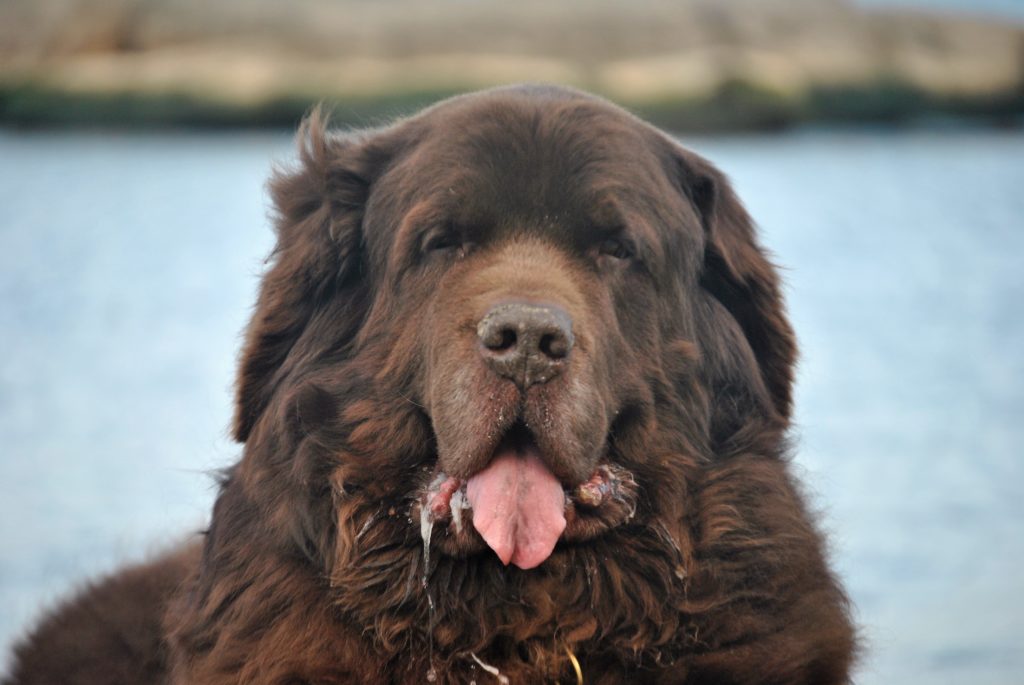 Sometimes it’s hard for me to remember that Leroy is almost 9 1/2.

He doesn’t act like Sherman did when he was 9.

He’s blessed in the not showing his age department.

He’s got a few grey hairs starting to peek through on his chin but his silly attitude is quite intact.

His current age is a guideline for me so while Leroy doesn’t show many signs of slowing down quite yet, I’ve slowed him down a bit because I can see the subtle signs that his body is older than his mind. 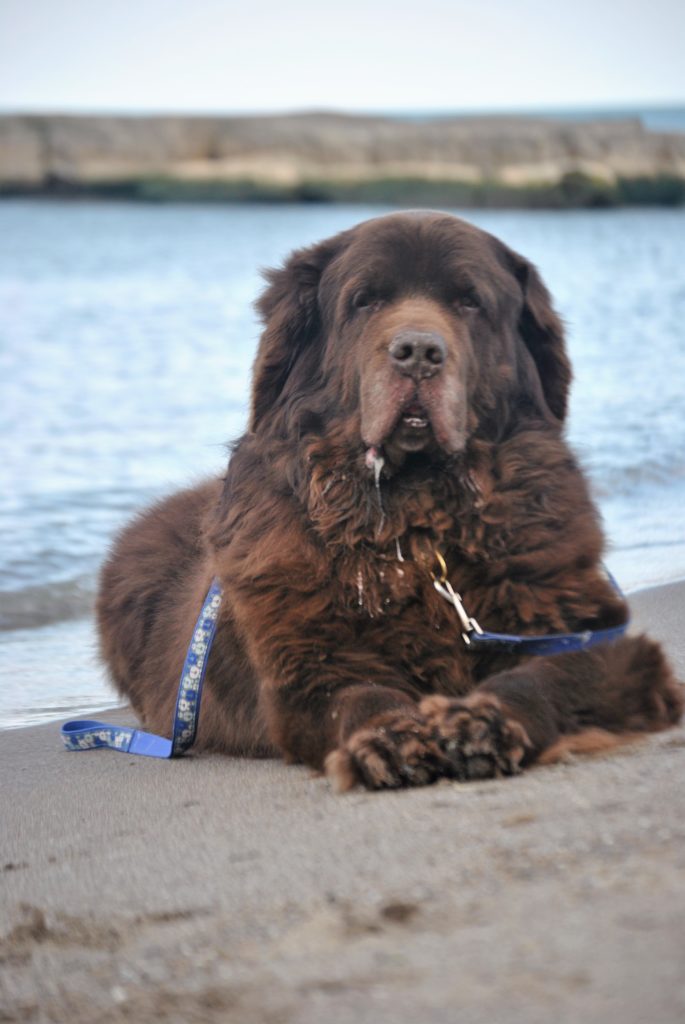 He’s a little slower to get up, but not much.

Despite what people think when I tell them his age, he is far from having one foot in the ground. 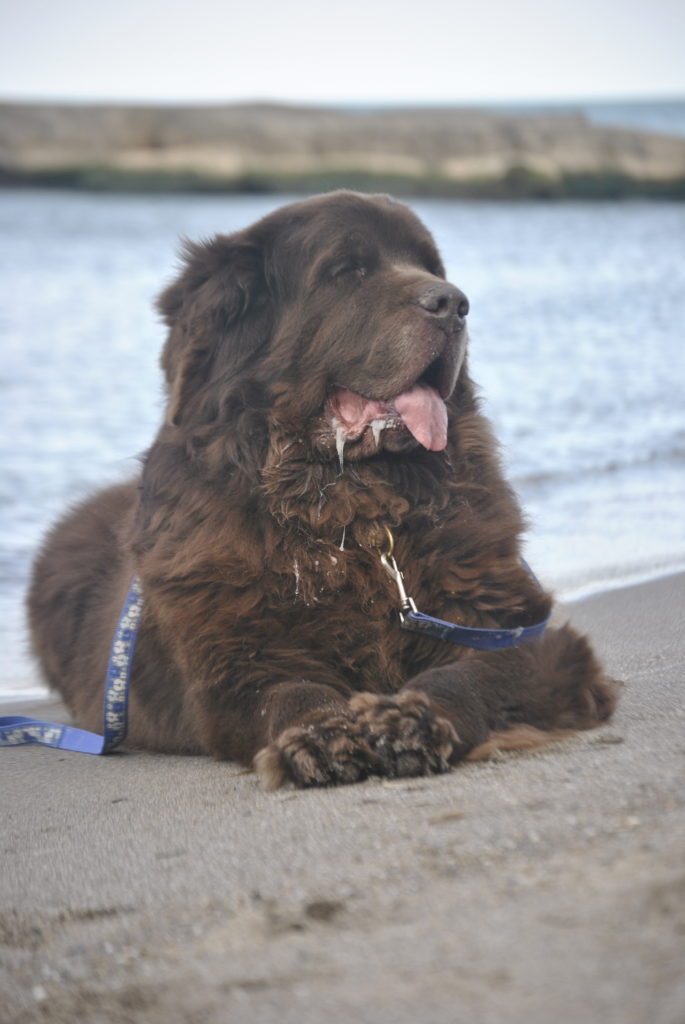 When someone finds out how old either one of the boys are they let out a sad sigh and give them a pet on the head.

This happened 3 times to Leroy at the beach last week and I’d be lying if I said that it didn’t bum me out a little bit. 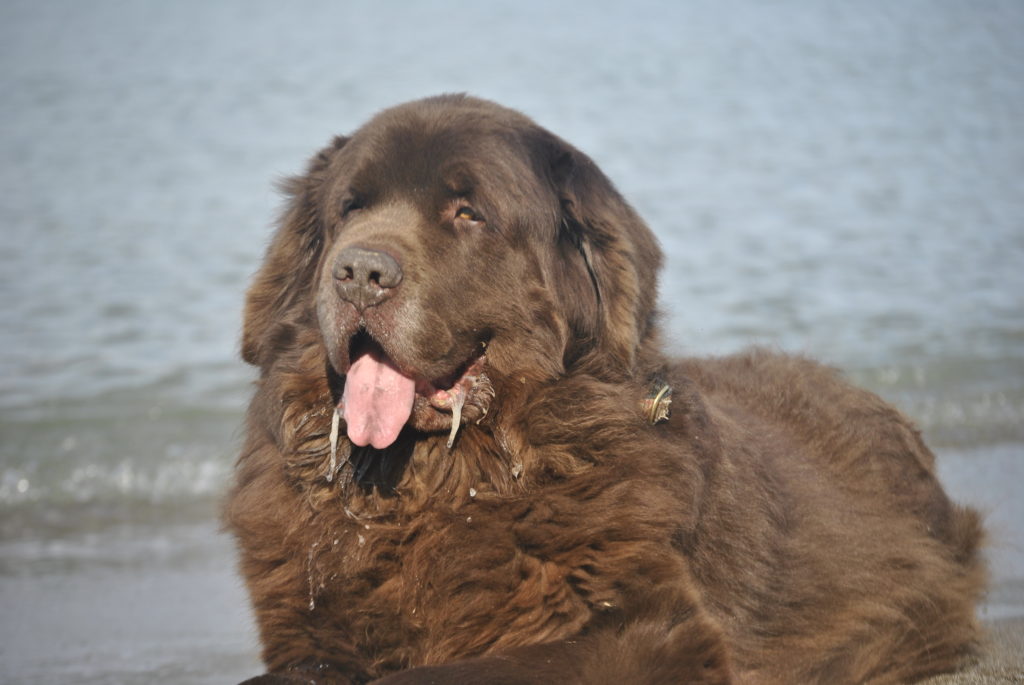 I mean first, do they not know that dogs understand what we say? Let me cover his ears before you say that people!

Second, I know that both Sherman and Leroy are at the end of the spectrum but I do my best not to dwell on it. Do I have thoughts like, “What if this is the last winter we have together?”

Of course I do.

I try to limit those thoughts but I have them. 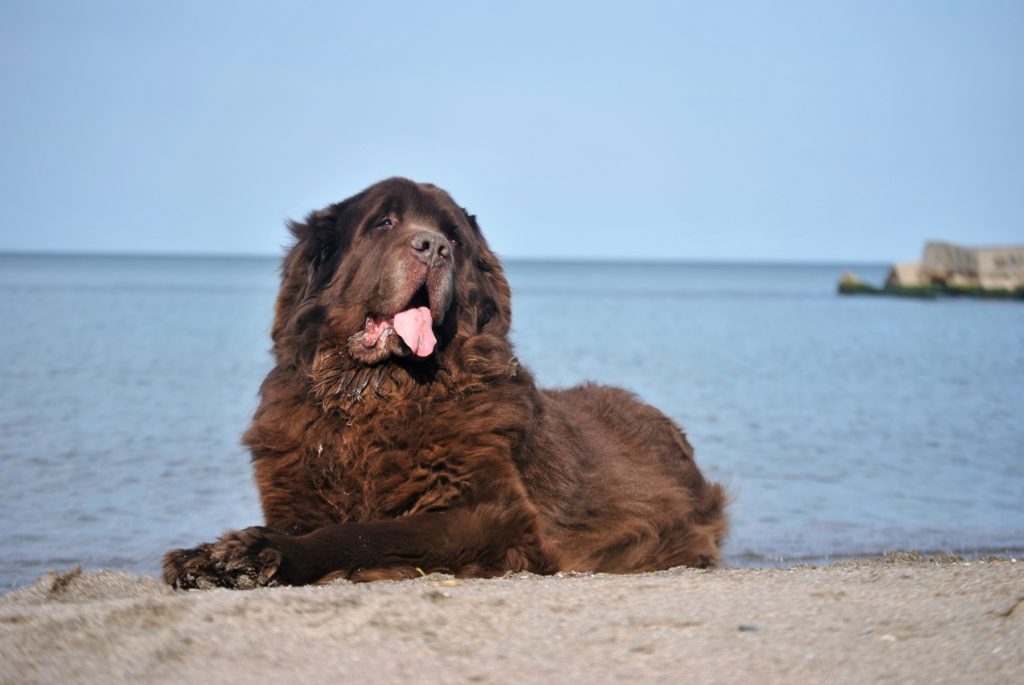 I don’t know if I’m missing something and that people on the outside see something that I don’t but when I look at these pictures of Leroy laying on the beach, I don’t see a dog that’s on his way out.

Maybe it’s because all the other dogs on the beach that day were rushing into the water to retrieve a ball and chasing each other through the sand while Leroy just watched and waited for them to come to him.

Maybe they saw him walk down the 8 flights of stairs to get to get the beach and that he took every step with care. 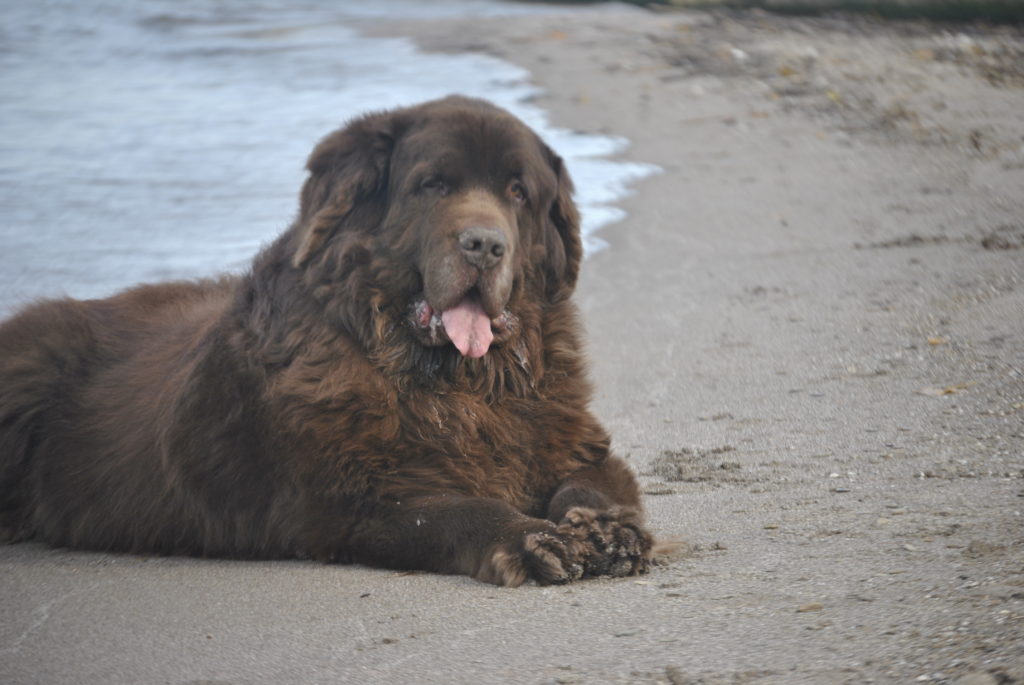 Maybe it was because he was slobbering and panting.

Perhaps that gave the impression that he was old and tired instead of excited.

I saw a dog that carefully walked down 8 flights of stairs because he was listening to me to take it slow.

I saw a dog that wanted to lay in the cool wet sand and let the water rush underneath him.

I saw a dog who was taking it all in and enjoying the moment.

I see a happy, healthy dog. I don’t see an old boy.

No one knew his age until they asked.

No one was sad for him until they knew. 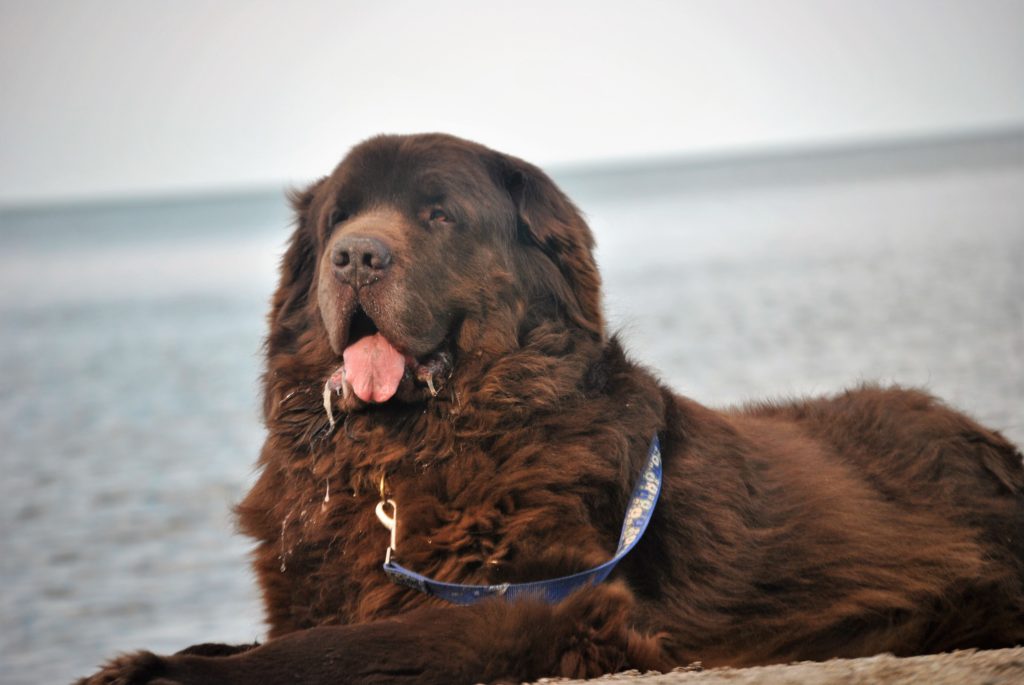 There was this sweet elderly couple that Leroy and I met on our way out that day, the couple let out a sad sigh when they found out Leroy was 9 and they gave him an extra pat on the head

They weren’t at home taking it easy. They were out walking on the beach.

But it would of been rude of me to let out a sad sigh, give them a pat on the back and tell them to avoid the steep stairs, right?

It’s a number with a suggested course of action that goes along with it, but this action is not a rule.

But I Don’t Need A Show Dog