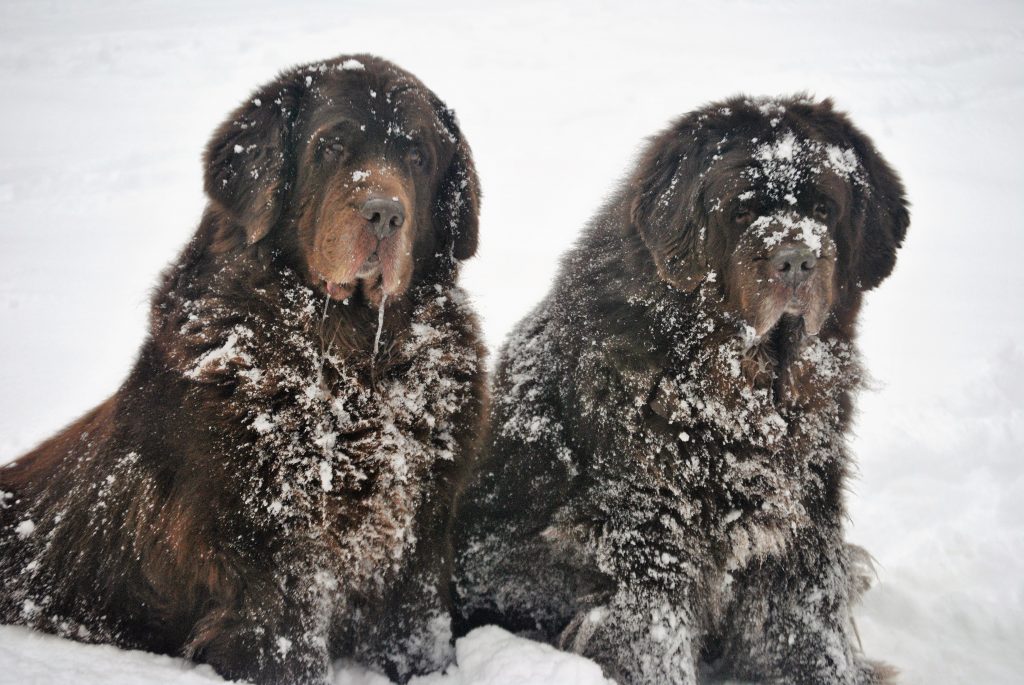 The last thing I did before I went to bed on the first day of spring was to check the weather. There was a slight chance of snow and the weatherman said that our area was expected to get a trace to an inch of snow.

I was mad. I was done with winter and an inch of snow was just enough to make everything a mess. 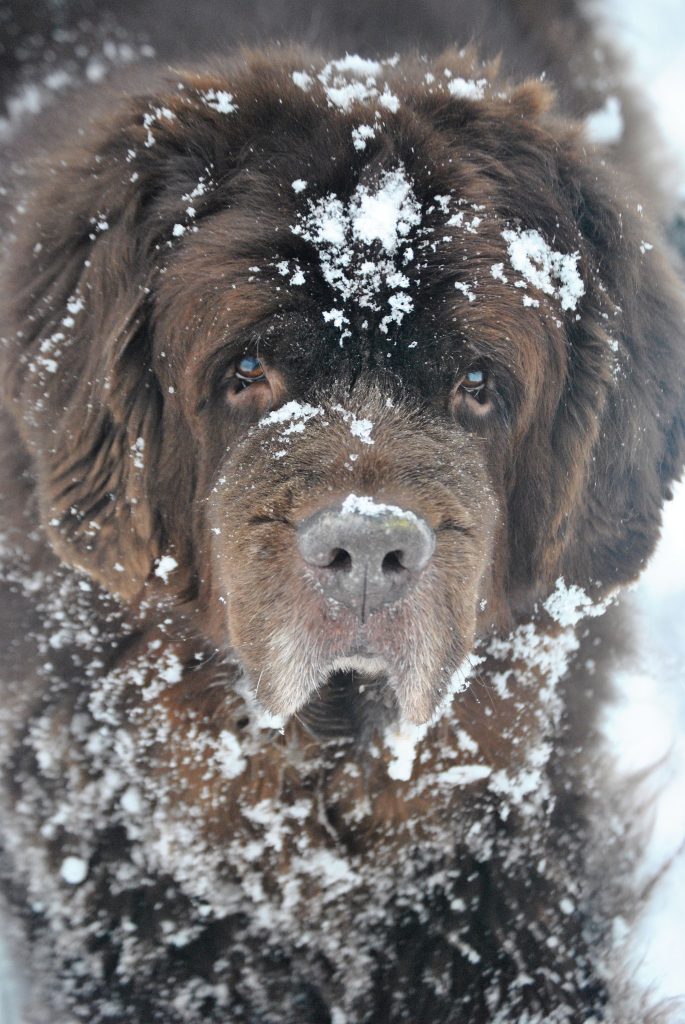 As I tried to drift off to sleep in my state of snow madness I thought about Sherman and Leroy.

All of a sudden I wanted them to have snow because what if the snow we had weeks ago was the last of the snow of the season and I didn’t give them enough time to enjoy it? What if I didn’t get enough pictures?

I hate thinking like that but I think many of us with senior Newfs think  something along those lines each season, what if this is THE LAST SNOW?  I can only hope that it’s not and that next winter they will be able to enjoy more snow together but I can’t see into the future that far. 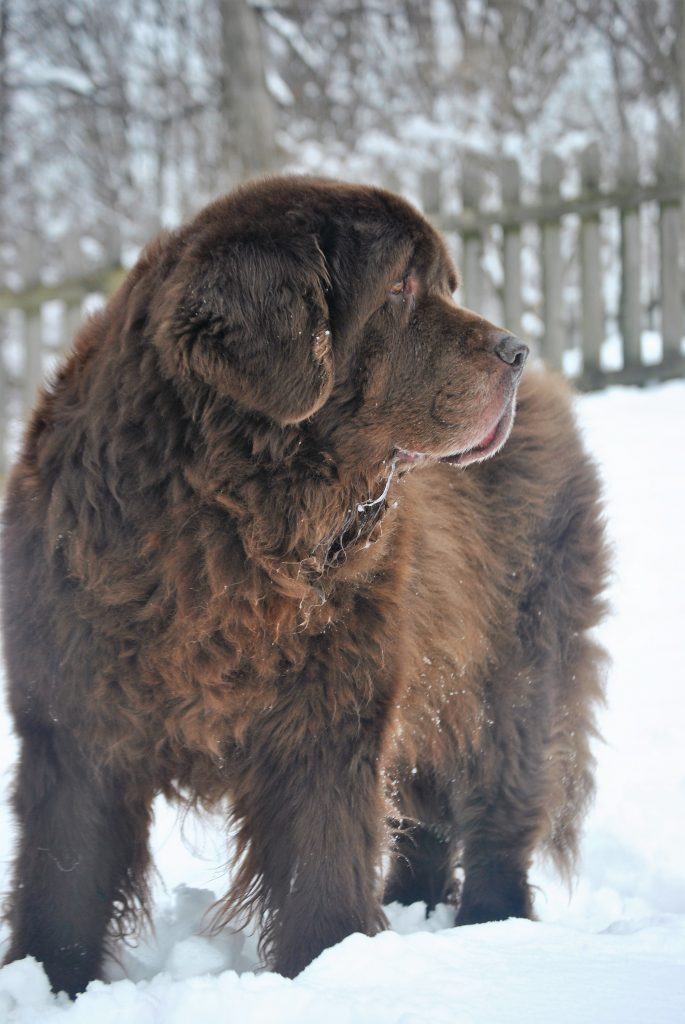 I was awoken the next morning by my son creeping up next to my bed telling me that school was cancelled and that I could shut my alarm off. I jumped out of a bed with a huge smile on my face and said, “Really?!”

I ran to the window to peek outside and although it was still dark outside I could see the yard blanketed in much more than a trace of snow.

There was inches upon inches of snow. Maybe even the most snow we got at once all winter. 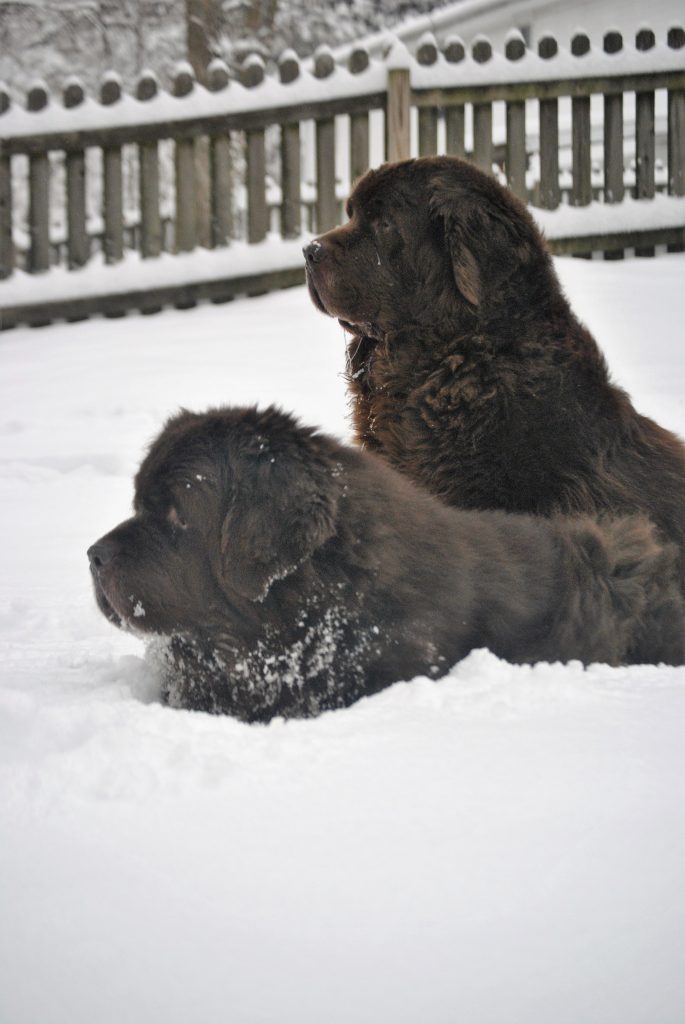 The trees were covered in snow and I couldn’t see any grass peeking through.

I was so excited to let Sherman and Leroy out to see it.

It was like the first snow of the season instead of possibly the last. 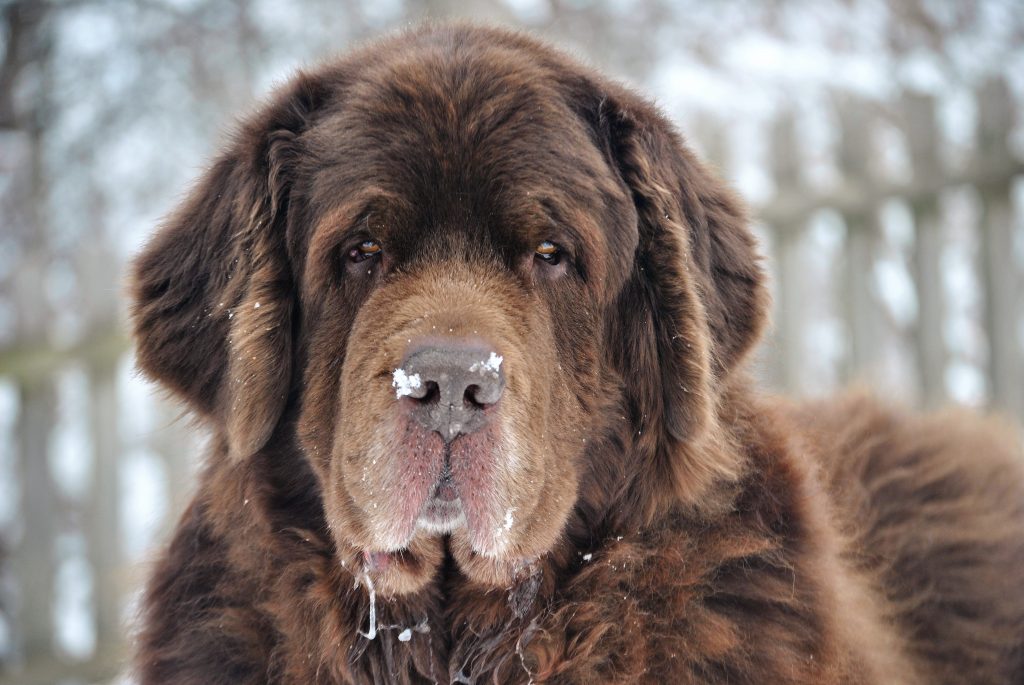 It was a beautiful spring snow and I  decided right there that I was going to take as many pictures of Sherman and Leroy as I could in it because no one can have too many pictures of their Newfies in the snow, right?

I took over 240 pictures yesterday. The ones in today’s post are a few of my favorites. 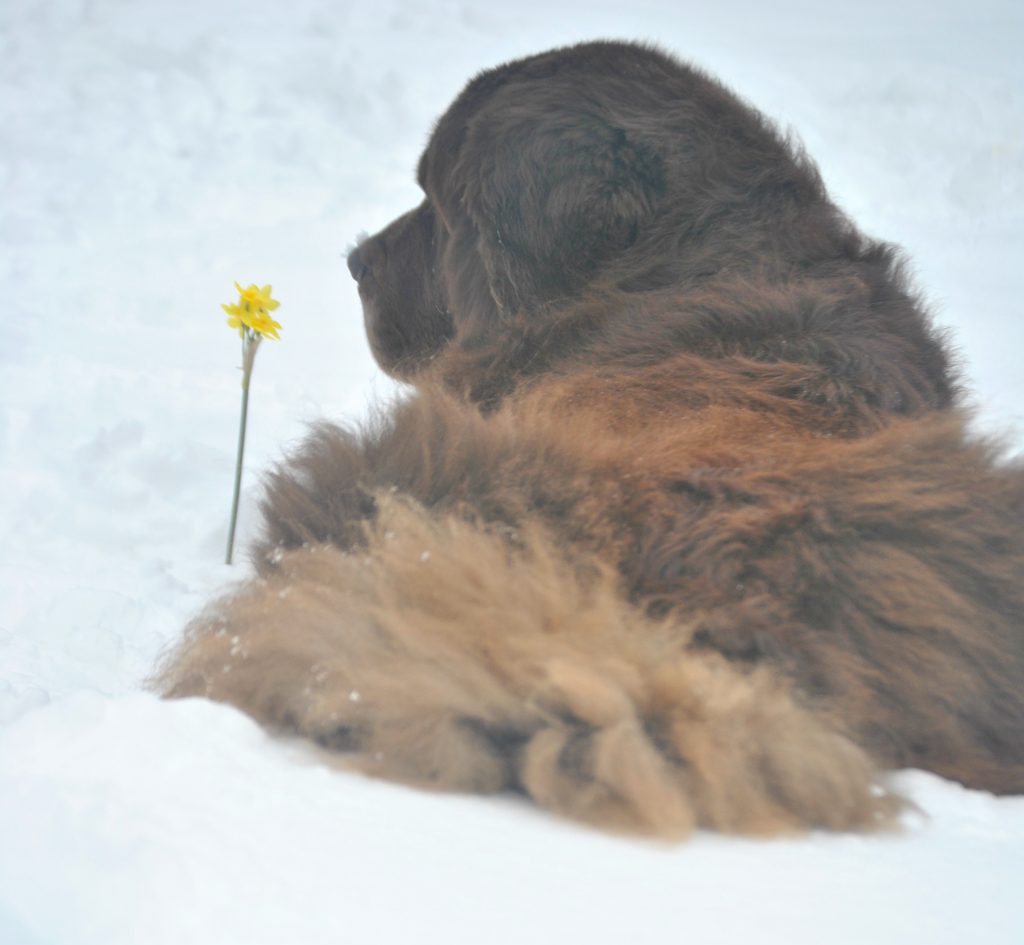 These boys are past the snow zoomies. They don’t do much other than lay in it and eat it but I can tell it makes them happy.

I was super excited to get some pictures of Sherman and Leroy close together because there’s just not enough of those.

I know snow in spring is a bummer for many of us but these boys made this specific spring snow beautiful for me. 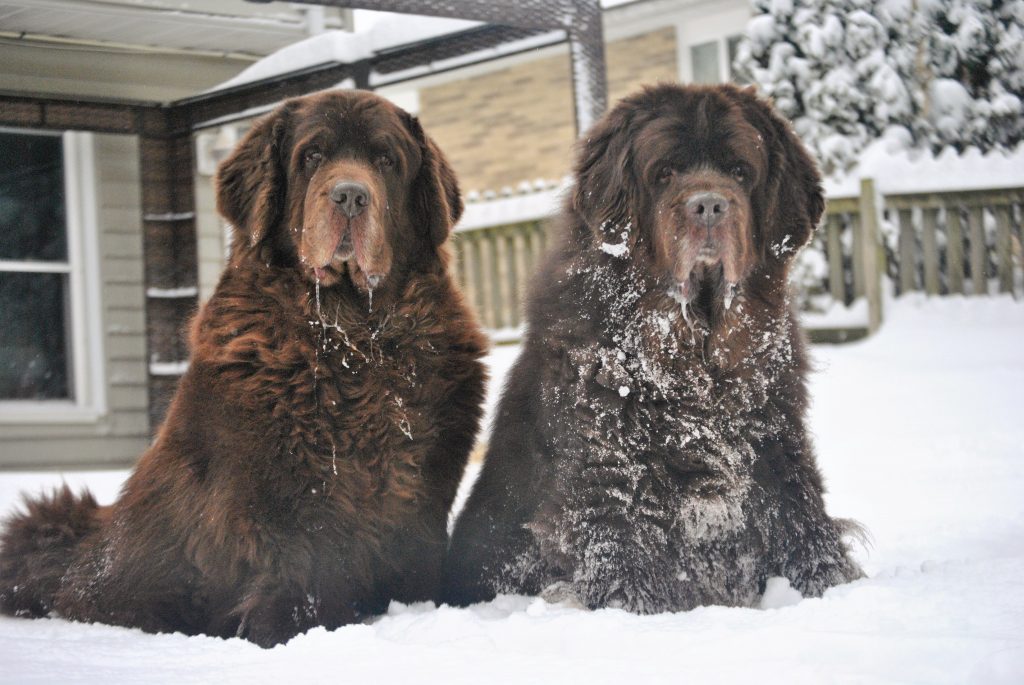 Leroy Update. Everything Was Going Fine And Then It Wasn’t